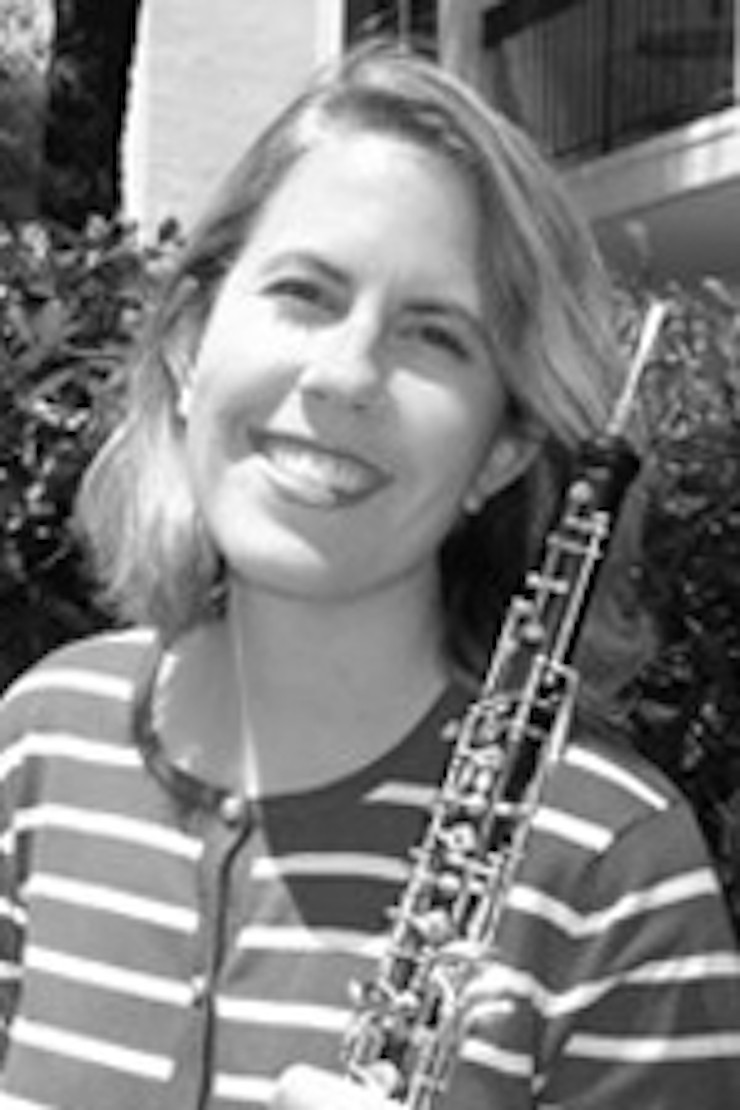 Rebecca Van de Ven has held the positions of principal oboe with the Adrian Symphony in Michigan, second oboe in the Battle Creek Symphony, and assistant principal in the Santa Cruz Symphony. She currently teaches at Sewanee University of the South and plays frequently with the Huntsville Symphony. She has had a private studio for many years and formerly taught oboe at Albion College and Spring Arbor University. She received a Master of Music degree from the San Francisco Conservatory in oboe performance where she was a student of Eugene Izotov, current Principal Oboe of the Chicago Symphony. At the University of Wisconsin, Madison, she earned a Bachelor of Music degree where she was a student of Professor Marc Fink. Ms. Van de Ven attended the Pierre Monteux Music Festival in Maine and was awarded a full scholarship to the Music Academy of the West in Santa Barbara, California. Ms. Van de Ven has been freelancing since 1994 and has performed with orchestras such as the San Francisco Symphony, Grand Rapids Symphony, Fort Wayne Philharmonic, Kalamazoo Symphony, Madison Symphony, Chattanooga Symphony and Marin Symphony. She currently resides in Sewanee with her husband and two children.