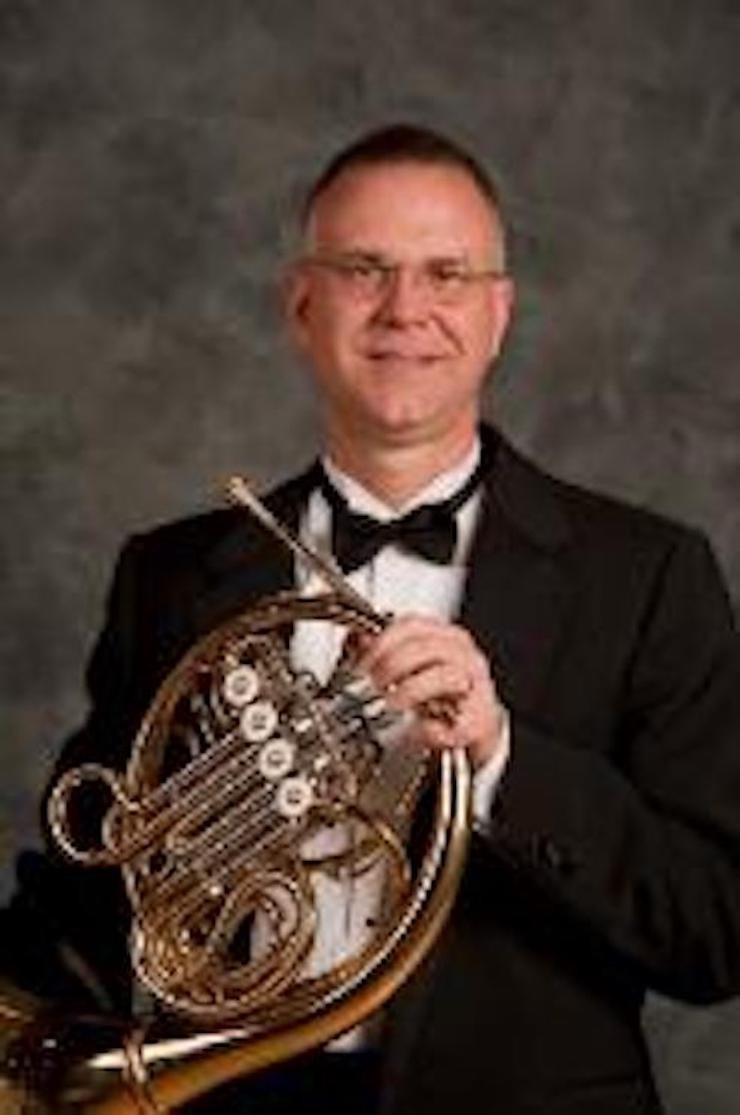 Greg Danner (horn) has held positions with the Baton Rouge Symphony and Acadiana Symphony Orchestra in Louisiana, the Huntsville Symphony in Alabama, and the Saint Louis Municipal Opera and Webster Groves Symphony in Missouri.  He is currently a member of the Bryan Symphony Orchestra and Murfreesboro Symphony in Tennessee and is hornist with the Brass Arts Quintet at Tennessee Tech University and the Jack Daniels Silver Cornet Band.  He is active as a freelance and recording musician in the Nashville area.

Dr. Danner holds the Ph.D in composition from Washington University, a Master’s in music theory from the Eastman School of Music, and a Bachelor’s degree in performance from Southeast Missouri State University.  He is professor of theory and composition at Tennessee Tech University in Cookeville, Tennessee.  Danner’s compositions include over 60 works for wind band, numerous chamber compositions, and works for orchestra and choral ensembles.  His awards include the College Band Directors National Association Music for Young Band Prize, grand prize in the Delius Society composition contest, and first prize in the Robert Avalon International Composers Competition.  Danner is a three-time winner in the International Composers Guild Composition Contest, including the grand prize in 2010.  He has received annual ASCAP awards for composition since 1989.