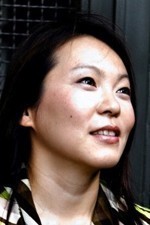 Taiwanese pianist Bernadette Lo (Lo, Wei-Chun) has become a much sought-after collaborative pianist, with extensive experience in both vocal and instrumental music.  She has worked in the studios of such renowned artists as Carol Vaness, Cynthia Haymon and Martina Arroyo, and for several years has been an official accompanist for the Orpheus National Vocal Competition in Murfreesboro, Tennessee.  She has been engaged by the Sugar Creek Festival, Opera Illinois, Illinois Opera Theatre and the University of Tennessee Opera Theatre.  She has performed in recital with acclaimed instrumentalists such as Yuri Mazurkevich, Dale Clevenger and David Griffin (both of the Chicago Symphony Orchestra), Ronald Barron (of the Boston Symphony Orchestra) and flutist Tadeu Coelho.  She has concertized nationally with violist Hillary Herndon, which whom she has recorded two compact discs of works featuring female composers such as Harrison, Decruck, Clarke, and others.  She is regularly invited to collaborate with guest artists at the Tennessee Cello Workshop, Tennessee Viola and was one of three invited collaborative pianists to perform for the 41st International Horn Symposium.