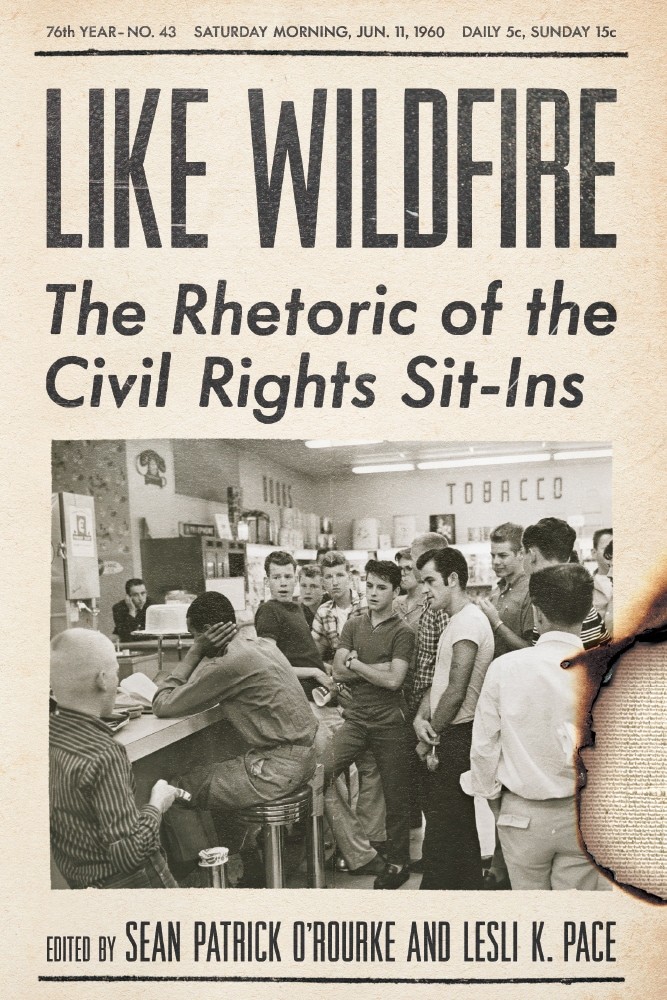 Join Read SC and the Georgia Center for the Book for another "On My Mind" event. Editors Sean Patrick O’Rourke and Lesli K. Pace will discuss their companion books Like Wildfire: The Rhetoric of the Civil Rights Sit-Ins and the forthcoming On Fire: Five Civil Rights Sit-Ins and the Rhetoric of Protest. This virtual event is free and open to the public, but you must register on Eventbrite here to receive the link to the Zoom webinar.

The sit-ins of the American civil rights movement were extraordinary acts of dissent in an age marked by protest. By sitting in at ”whites only” lunch counters, libraries, beaches, swimming pools, skating rinks, and churches, young African Americans and their allies put their lives on the line, fully aware that their actions would almost inevitably incite hateful, violent responses from entrenched and increasingly desperate white segregationists. And yet they did so in great numbers: most estimates suggest that in 1960 alone more than 70,000 young people participated in sit-ins across the American South and more than 3,000 were arrested. The simplicity and purity of the act of sitting in, coupled with the dignity and grace exhibited by participants, lent to the sit-in movement’s sanctity and peaceful power.

In Like Wildfire: The Rhetoric of the Civil Rights Sit-Ins, editors Sean Patrick O’Rourke and Lesli K. Pace seek to clarify and analyze the power of civil rights sit-ins as rhetorical acts—persuasive campaigns designed to alter perceptions of apartheid social structures and to change the attitudes, laws, and policies that supported those structures. These cohesive essays from leading scholars offer a new appraisal of the origins, growth, and legacy of the sit-ins, which have gone largely ignored in scholarly literature. The authors examine different forms of sitting-in and the evolution of the rhetorical dynamics of sit-in protests, detailing the organizational strategies they employed and connecting them to later protests. By focusing on the persuasive power of demanding space, the contributors articulate the ways in which the protestors’ battle for basic civil rights shaped social practices, laws, and the national dialogue. O’Rourke and Pace maintain that the legacies of the civil rights sit-ins have been many, complicated, and at times undervalued. On Fire: Five Civil Rights Sit-Ins and the Rhetoric of Protest is a companion to Like Wildfire. The social, political, and legal struggles that made up the American civil rights movement of the mid-20th century produced and refined a wide range of rhetorical strategies and tactics. Arguably the most astonishing and certainly the least understood are the sit-in protests that swept the nation at the beginning of the 1960s. This concentrated collection of essays examines the origins and rhetorical methods of five distinct civil rights sit-ins of 1960. For students of rhetoric, protest, and sociopolitical movements, this volume demonstrates how we can read the sit-ins by using diverse rhetorical lenses as essentially persuasive conflicts in which participants invented and deployed arguments and actions in attempts to change segregated communities and the attitudes, traditions, and policies that maintained segregation.

More information on the life and work of Dr. Sean O'Rourke can be found here.