We hope that you will decide to study philosophy because you love thinking about the big questions and learning to communicate your ideas to others. We're also aware, however, that some people are put off majoring in philosophy by the myth that doing so will leave them with poor career prospects. In fact, nothing could be further from the truth. Studying philosophy provides a rigorous training in analytical writing, close reading, argumentation and "thinking out of the box", all of which are valuable skills that are highly prized by employers in a range of fields. As the charts below show, philosophy majors tend to do very well in their careers once they leave college: they have relatively high mid-career salaries, and they outperform students in almost every other major on the entrance exams to law school, business school, and graduate school. There are famous philosophy majors in virtually every walk of life, including Supreme Court Judge Stephen Breyer, Nobel Prize Winner Aung San Suu Kyi, billionaire investor Carl Icahn, and Pope John Paul II. (See more famous philosophy majors here.) If someone asks you what you're going to do with that philosophy degree, you're entitled to reply: "Pretty much anything I want!" 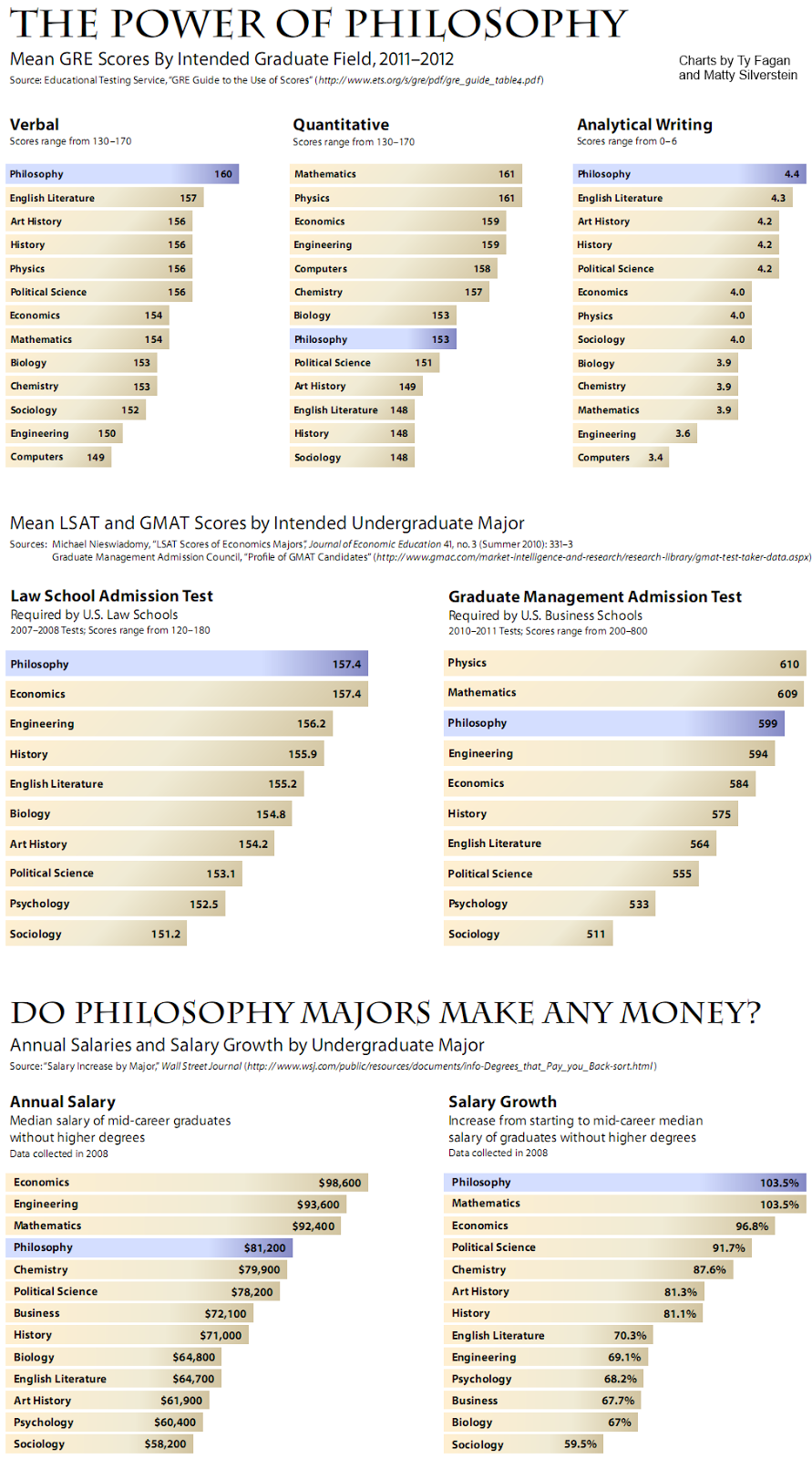