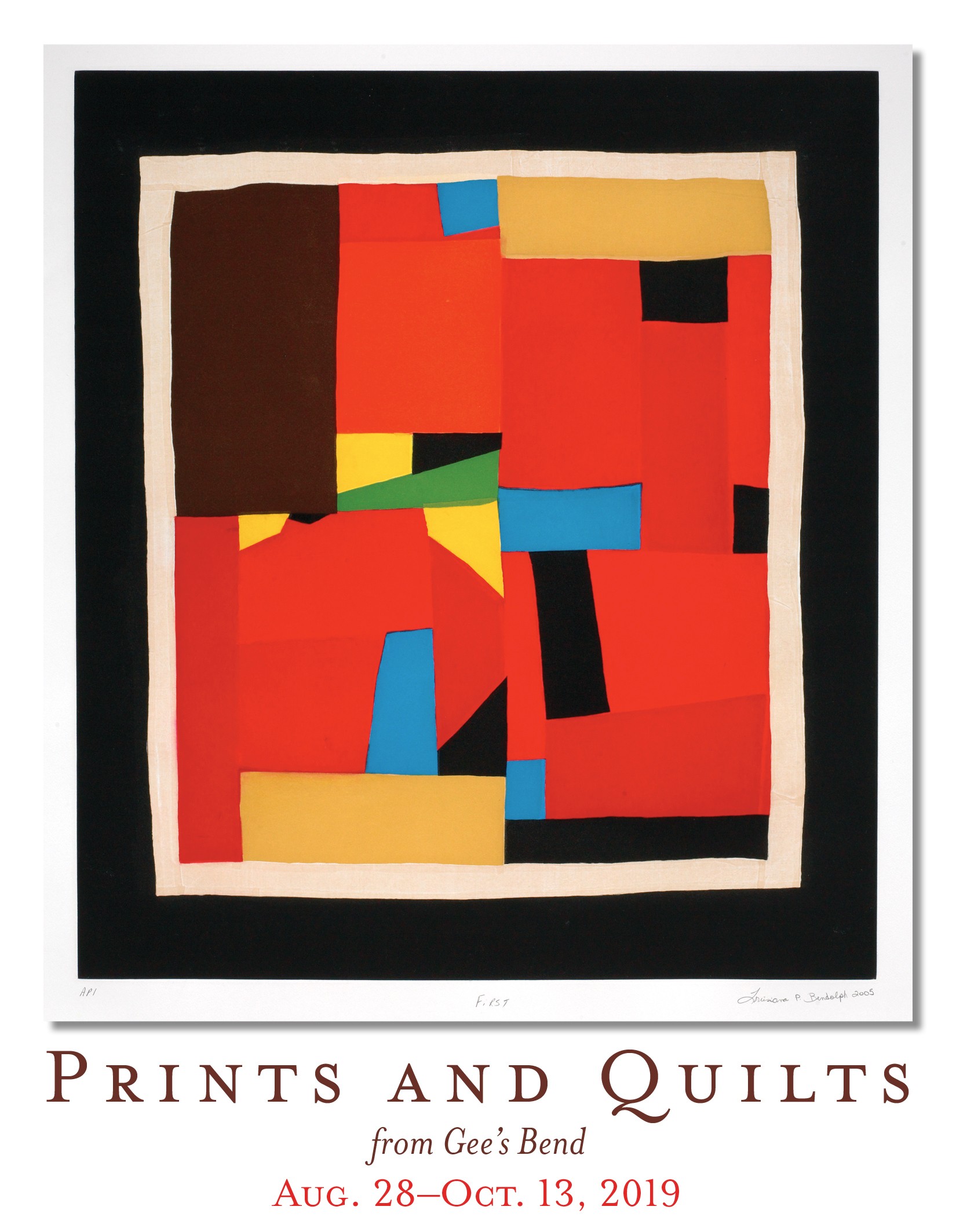 Earlier in the day, from 1:30-3:30 p.m. on Sept. 13, Louisiana Bendolph will attend an on-campus sewing circle that is open to the community. Participants can bring their own handwork, but there will be a small project available to work on as well. No experience required! To attend, and receive more details, please RSVP to Jessica Wohl at jewohl@sewanee.edu by Wednesday, September 11.

On Sept. 26 at 7 p.m. in Convocation Hall, University of the South students will perform a reading of Elyzabeth Wilder’s acclaimed play Gee’s Bend, commissioned by the Alabama Shakespeare Festival and winner of the 2008 Osborn Award from the American Theater Critics Association.

Pieces of the story of quilting and the community of Gee’s Bend, Alabama, are well known. It begins in the nineteenth century with the enslaved persons on Joseph Gee’s plantation. It stretches through the desperation of the Great Depression and the struggles of the Civil Rights movement, including the success of the Freedom Quilting Bee, founded in 1966 and employing many of the women of Gee’s Bend. It includes the recognition brought to the quilters by the 2002 exhibition The Quilts of Gee’s Bend, at the Museum of Fine Arts, Houston.

The latest chapter in the story, represented by Prints and Quilts from Gee’s Bend, celebrates the inspiration to be found in quilts and quiltmaking. The prints, maquettes, quilts, and sculpture on view were carefully selected by collector Matt Arnett, whose relationship with the artists extends back more than twenty years.

Louisiana Pettway Bendolph had thought quilting was behind her, until seeing her family’s quilts displayed proudly in a museum to be appreciated for their beauty. Called by visions of quilts, Louisiana returned to quilting with renewed appreciation and creativity, building designs that engage with the legacy of quilting.

A respected member of the older generation of quilters, Mary Lee Bendolph quilted for decades as a matter of necessity. Her designs into the 2000s are testament to her unflagging creativity and artistic vitality. In 2005, both Mary Lee and Louisiana began to translate their visions for quilts into etchings by means of small scale, stitched maquettes. Their patterns impressed into wax on a copper plate, the fabric compositions became prints, the abstract designs of quilts speaking beautifully in a new medium.

This latest chapter also enfolds other artists. In the early 2000s, friendships were forged between the quilters and self-taught Alabama artists Lonnie Holley and Thornton Dial, both of whom draw inspiration in their own work from the tradition of quiltmaking and from its association with community.

The work of all four comes together in conversation, speaking a common language of improvisation and assemblage. Testament to the remarkable achievement of these four artists, Prints and Quilts from Gee’s Bend speaks to connections between media and between artists, and to tireless inspiration and creativity.

This exhibition and its associated events have been made possible by Matt Arnett and the Arnett Collection, Art, Art History, and Visual Studies, the Friends of the University Art Gallery, Southern Studies, the Walter E. Dakin Memorial Fund, and the University Lectures Committee. Thank you!