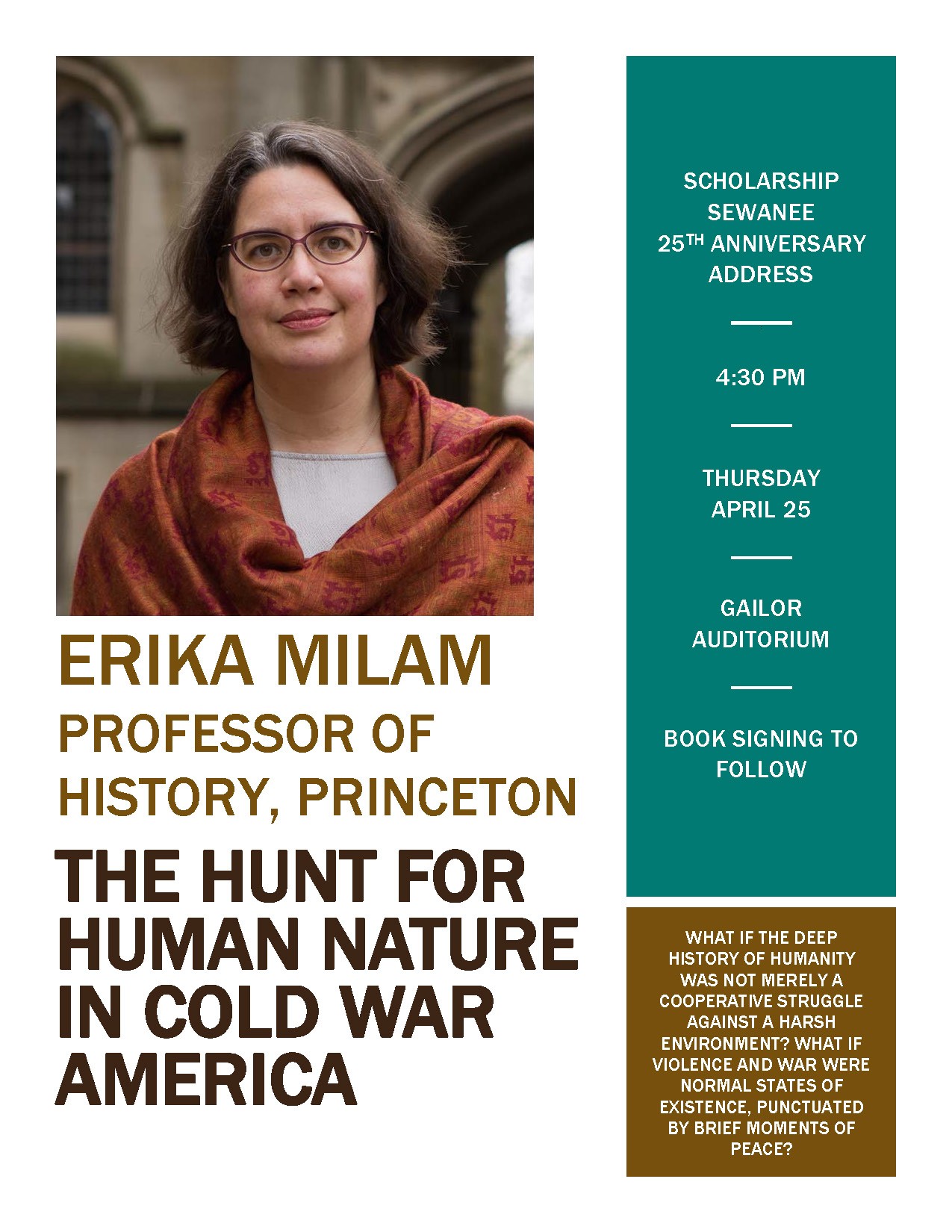 Dr. Milam's April 25th talk drew on material from her recently released book, Creatures of Cain: the Hunt for Human Nature in Cold War America (Princeton University Press, 2019) which charts the rise and fall in Cold War America of a theory that attributed man’s evolutionary success to his unique capacity for murder. The so called "killer ape theory" spread quickly from colloquial science publications to late-night television, classrooms, political debates and Hollywood films. Behind the scenes, however, scientists were sharply divided, their disagreements centering squarely on questions of race and gender.

Thanks to Sewanee's Office of Undergraduate Research (OURS) and the History Department's "Science and Society" working group for their support of this lecture.