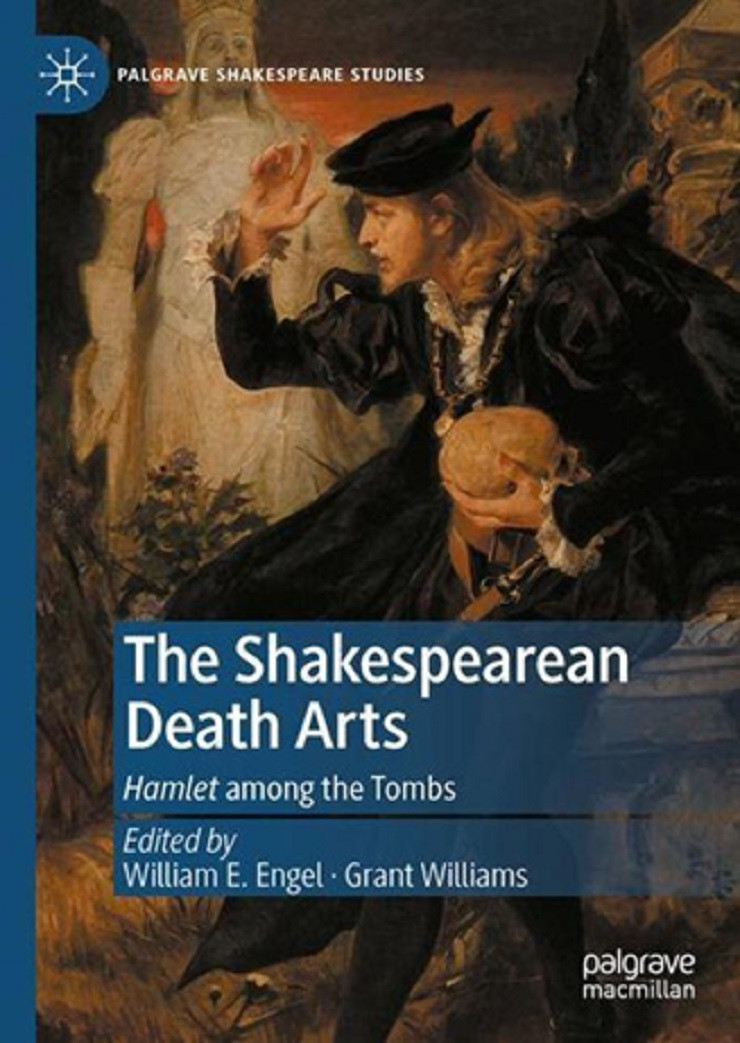 This is the first book to view Shakespeare’s plays from the prospect of the the premodern death arts—not “death as a theme,” but the plurality of closely linked cultural expressions of memento mori (“remember you must die”), contemptus mundi (“contempt for things of the world”), ars moriendi (“the art of dying well”), funeral rituals, commemorative activities, and rhetorical techniques and strategies fundamental to the performance of the work of dying, death, and the dead.
The volume is divided into two sections: first, critically nuanced examinations of Shakespeare’s corpus and then, second, of Hamlet exclusively as the ultimate proving ground of the death arts in practice. This book revitalizes discussion around key and enduring themes of mortality by reframing Shakespeare’s plays within a newly conceptualized historical category that posits a cultural divide―at once epistemological and phenomenological―between premodernity and the Enlightenment.

For more information about Professor Engel's publishing and teaching activities, please click here:
https://www.williamengel.org/
The University of the South