In 2015, the Twitter account @Deportado4443 began sharing the harrowing story of Antonio Hernández Marin (1907-1992), whose exile from Spain following the Spanish Civil War (1936-1939), Nazi capture, and deportation to the Mauthausen concentration camp in Austria were communicated through 140-character posts and images. This talk examines the possibilities and limitations of the @Deportado4443 Twitter project as a way to access the history of the Spanish Civil War,  the Republican exile, and the Nazi camps. Most importantly, this account has tremendous implications for theorizing the figure of the witness as eyewitnesses of these events perish and new generations attempt to access these histories.

Michelle Murray is an Associate Professor of Spanish and European Studies at Vanderbilt University. research and teaching focus on contemporary Spanish literature and film. Her first book Home Away from Home Immigrant Narratives, Domesticity, and Coloniality in Contemporary Spanish Culture (UNC Press for North Carolina Studies in Romance Languages and Literatures, 2018) studies representations of immigrant women as domestic workers in contemporary Spain. She is currently working on a manuscript entitled Migrant Markets; this book explores migration, political economy, and trafficking in the Southern Mediterranean.

Murray's lecture is organized by Dr. Parker Lawson and is presented by the Department of Spanish & Italian, with support from the Office of Inclusive Excellence and the Departments of History, Humanities, Politics, and International & Global Studies. 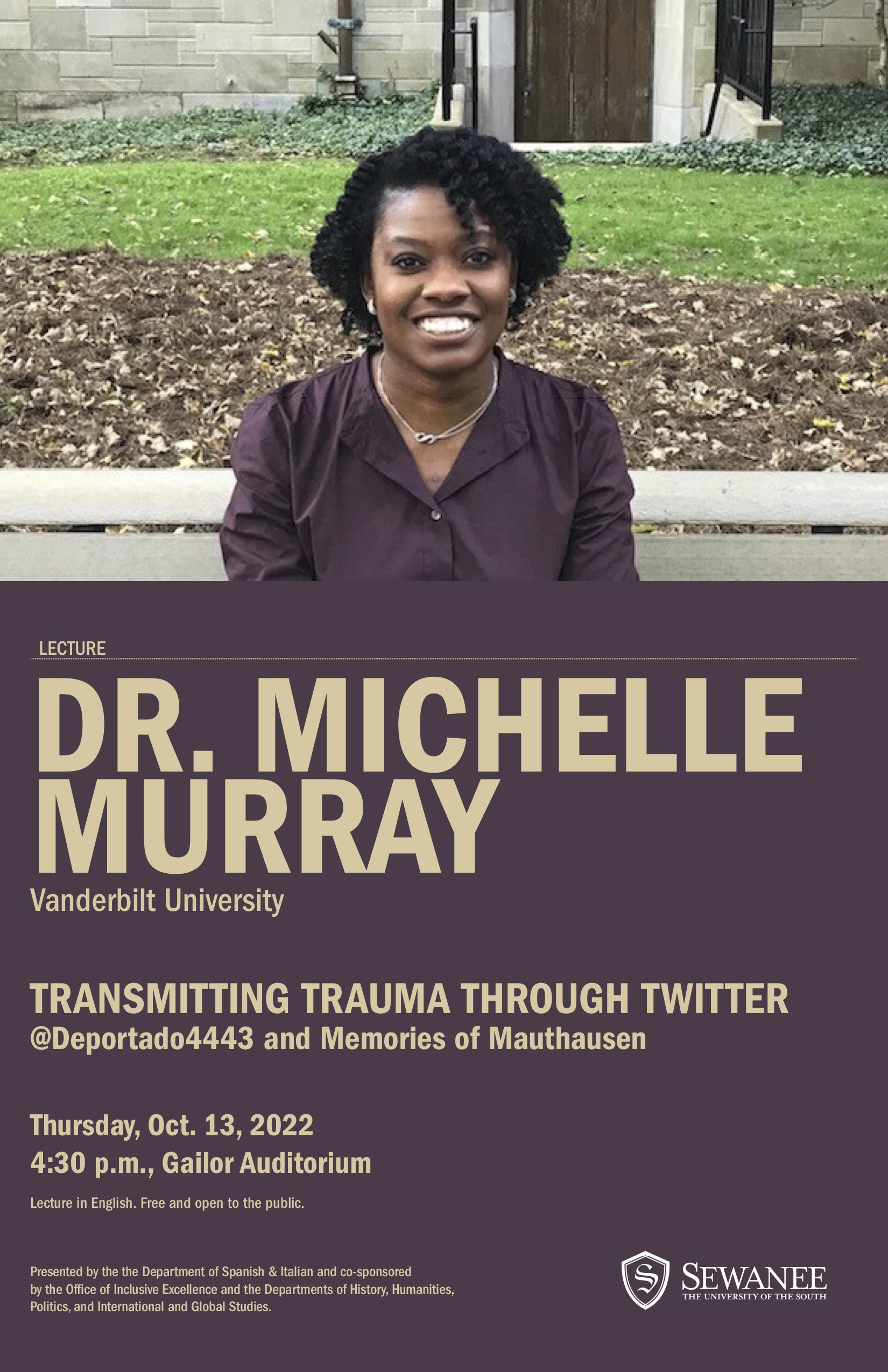