The Russian Department staged a performance of The Blue Machinist by Russian playwright,  Mikhail Durnenkov,  a leader in the pioneering New Drama / Novaia Drama movement. The setting of his play is a contemporary factory, where several factory workers pass the time by composing haiku. Starring the students of RUSN 311: Composition and Conversation and directed by Susanna Weygandt.  Running time is 30 minutes and was performed all in Russian.  Two performances took place in the Torian Room (duPont Library) on November 9th. 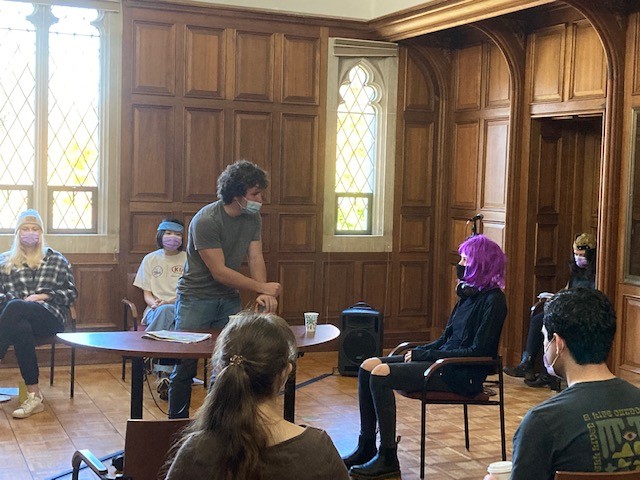 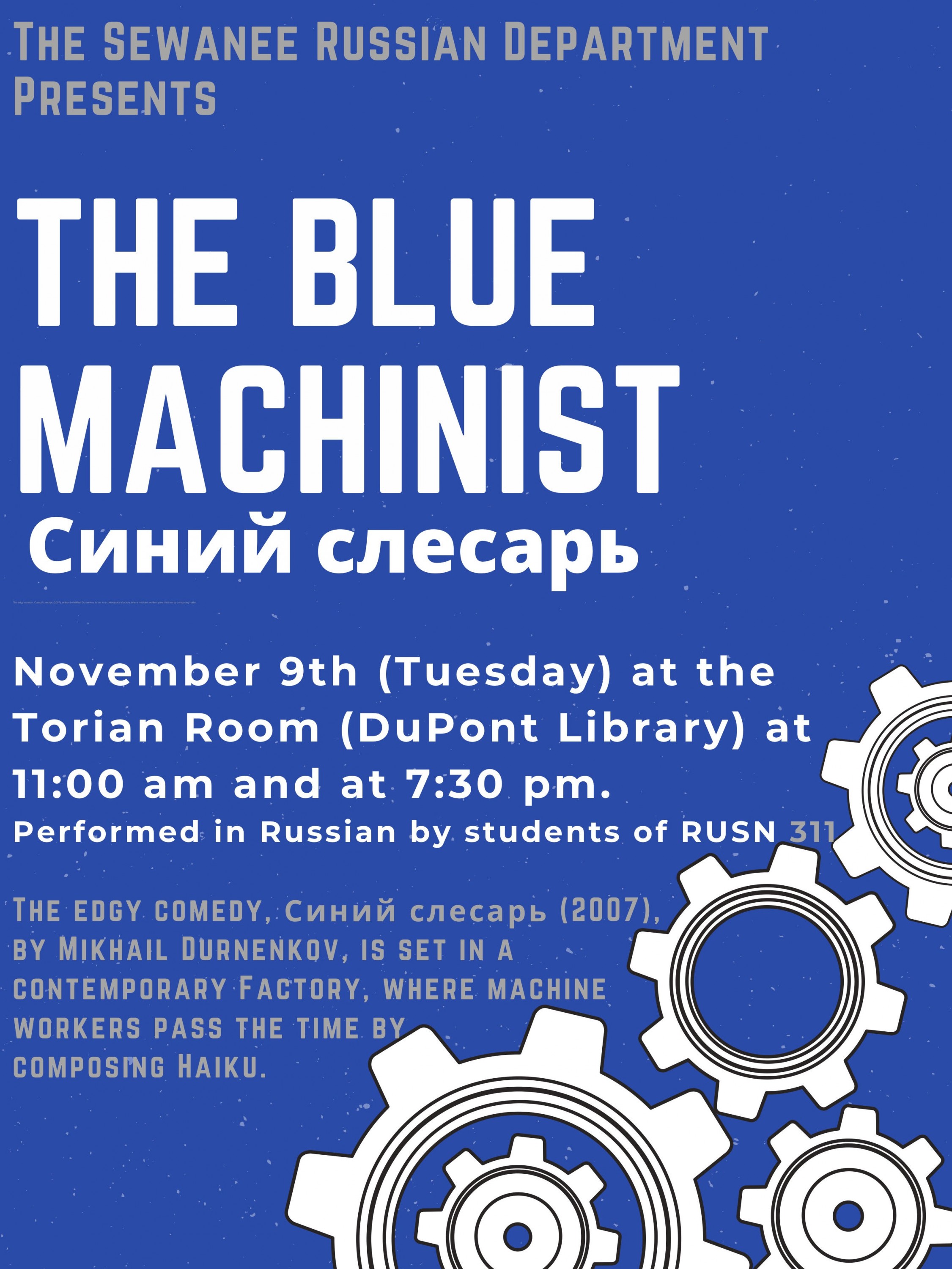