Nicholas E. Roberts teaches classes on the Middle East, Islam, and imperialism in the History Department and the International and Global Studies Program.

Nicholas E. Roberts received his B.A. in Religion from Carleton College, a M.A. in Middle Eastern Studies from the University of Chicago, and a Ph.D. in Middle Eastern and Islamic Studies/History from New York University. His scholarly interests include the history of European imperialism in the Middle East, the history of Israel/Palestine, modern Islamic movements, and Arab nationalism in the Middle East. He has received several awards including a James D. Kennedy III fellowship from Sewanee and a Fulbright fellowship to conduct research in Israel.

Most recently Roberts has published Islam Under the Palestine Mandate: Colonialism and the Supreme Muslim Council (London: I.B.Tauris, 2016), which analyzes the controversial establishment of the Supreme Muslim Council (SMC) in British Palestine and considers the politicization of the council under its infamous president, Hajj Amin al-Husayni. Based on research conducted in Israel and Britain, the book uses the fascinating history of the SMC as a lens for understanding how Islamic politics, Palestinian nationalism, and colonialism intersected in mandate Palestine. Arguing against the conventional belief that British experiences in Palestine were sui generis,the book shows how British policies in the mandate were informed by approaches towards Islam developed elsewhere in the empire. 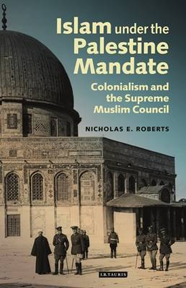