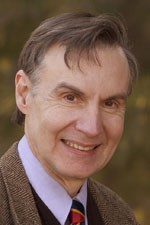 John Gatta’s teaching and research have largely been concerned with American literary and cultural history before 1900—particularly Hawthorne, Whitman, and Harriet Beecher Stowe. He has also taught and written about topics related to American environmental literature, as well as the interplay between religious faith and literary imagination. He has published five books, in addition to more than 50 academic articles in book collections and journals.

Before coming to Sewanee in 2004, John Gatta taught for a number of years as a professor of English at the University of Connecticut, Storrs.  At various times his appointment at Connecticut, where he directed fourteen doctoral dissertations, included service as English department head and as coordinator of English graduate studies.  He has been a Woodrow Wilson Fellow and a Fulbright professor in Senegal; he has also taught at the University of Missouri and in South Africa.  His books include Gracious Laughter: The Meditative Wit of Edward Taylor (winner of 1989 Academic Book of the Year Award from Conference on Christianity and Literature), American Madonna: Images of the Divine Woman in Literary Culture (Oxford Univ. Press, named an "outstanding academic book" for 1998 by Choice editors), Making Nature Sacred: Literature, Religion, and Environment in America from the Puritans to the Present (Oxford, 2004), and Spirits of Place in American Literary Culture (Oxford, 2018).