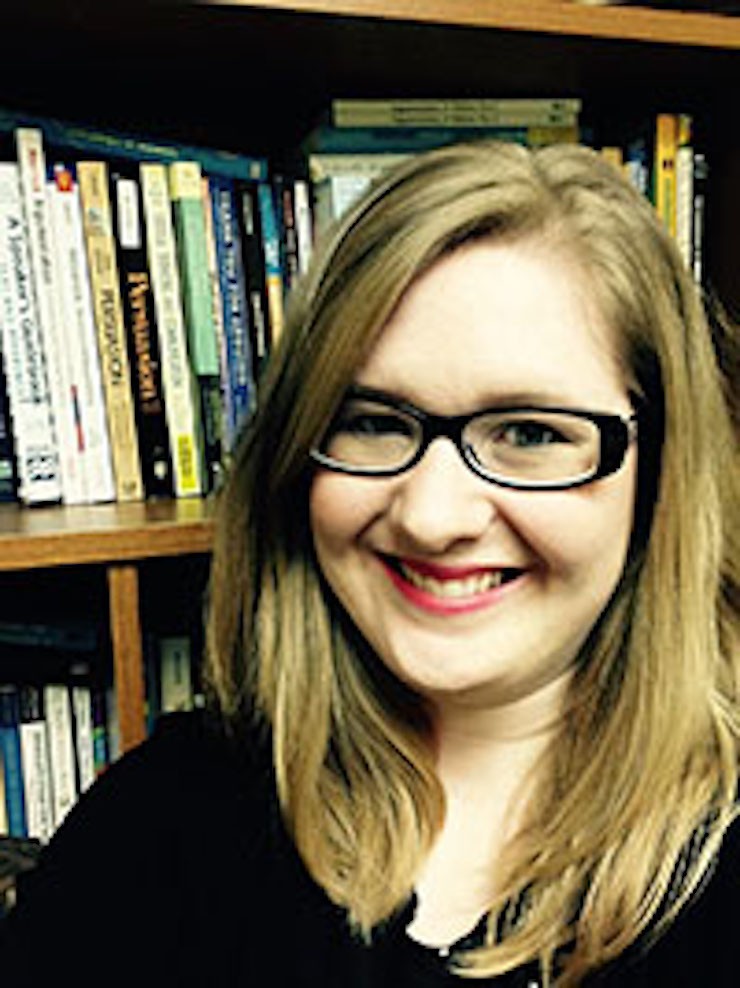 Assistant Professor Melody Lehn was recognized on Wednesday, April 10, 2019 with the university’s citation for Excellence in Teaching. She won the award in her second year here, where she holds a joint appointment in Rhetoric and Women’s & Gender Studies, and also serves as Co-Director of the Speaking-across-the-Curriculum initiative and Assistant Director of the Center for Speaking & Listening.

Dr. Lehn holds the B.A. from Furman University, with a major in Communication Studies and a minor in Women’s & Gender Studies. After graduating from Furman, Melody studied at the University of Memphis, where she was awarded the Ph.D. in 2013.

She has served as editor of the Carolinas Communication Annual and now serves on the editorial boards of Women & Language, Young Scholars in Writing: Undergraduate Research in Writing and Rhetoric, and Lexington Press’s Rhetoric, Race, and Religion series.