The residents of the German House have planned fun events for the spring semester of 2020.  They will gather to watch a German series about the spread of contemporary fascism, "Wir Sind die Welle" on Sunday evenings. 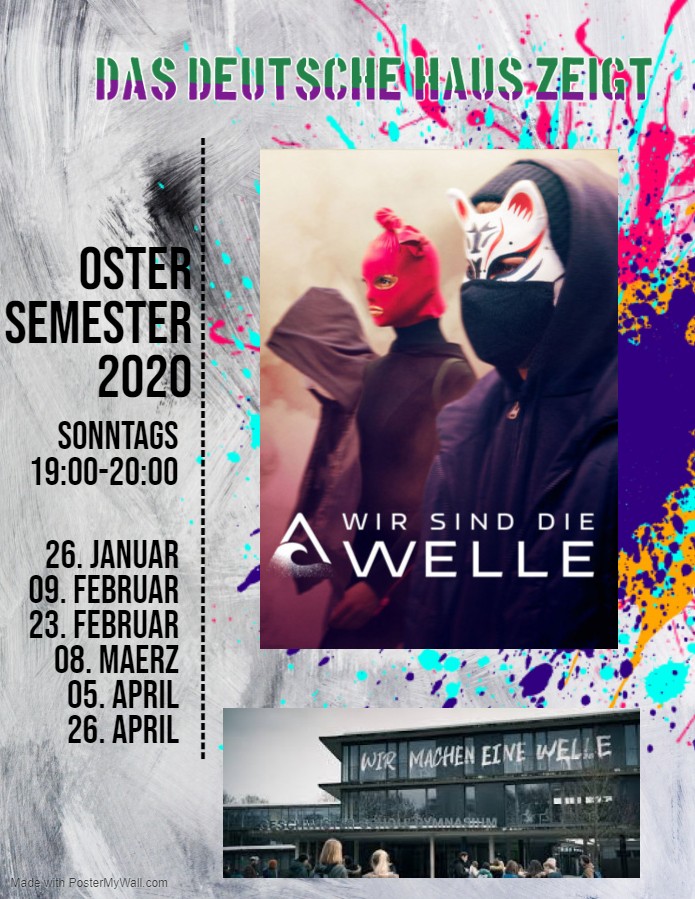 In many parts of the world, some form of Carnival is celebrated, combining Christian and pre-Christian traditions indigenous to the region.  This celebration goes by many names: Maslenitsa Масленица in Russia; Mardi Gras in the Francophone world; Carnaval in Latin America, Carnevale in Italy, Fasching in Germany-to name a few.  Common threads include celebrating the end of winter darkness, sometimes parades, often outrageous costumes, role reversal, consuming pancakes, or marking the beginning of Lent.  On Sunday, February 16, various language houses hosted a progressive festival starting at the Russian House, continuing on to the Spanish House, the German House, the Italian House, and ending at the French House. 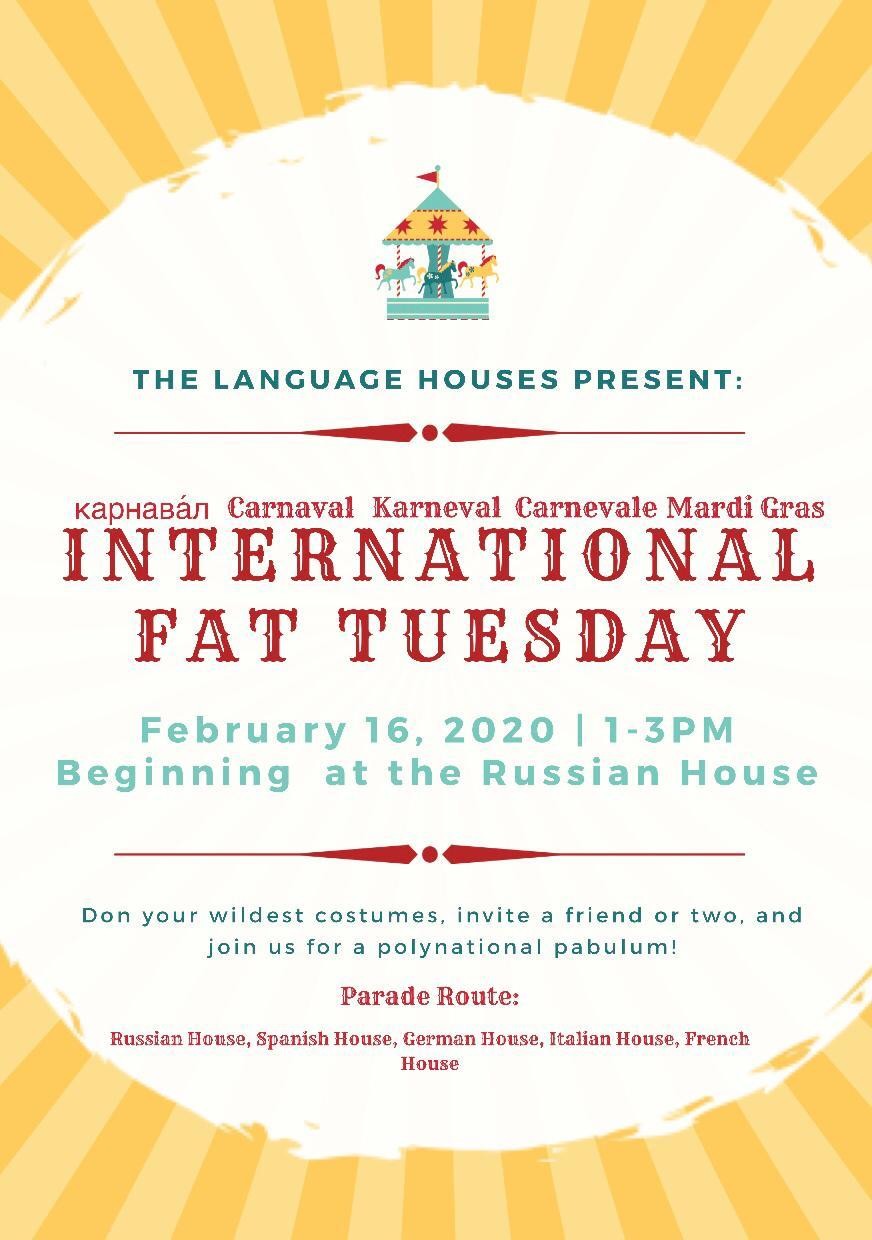 On February 21, the German House held an Open Mic night for students to sing German (and other) songs. 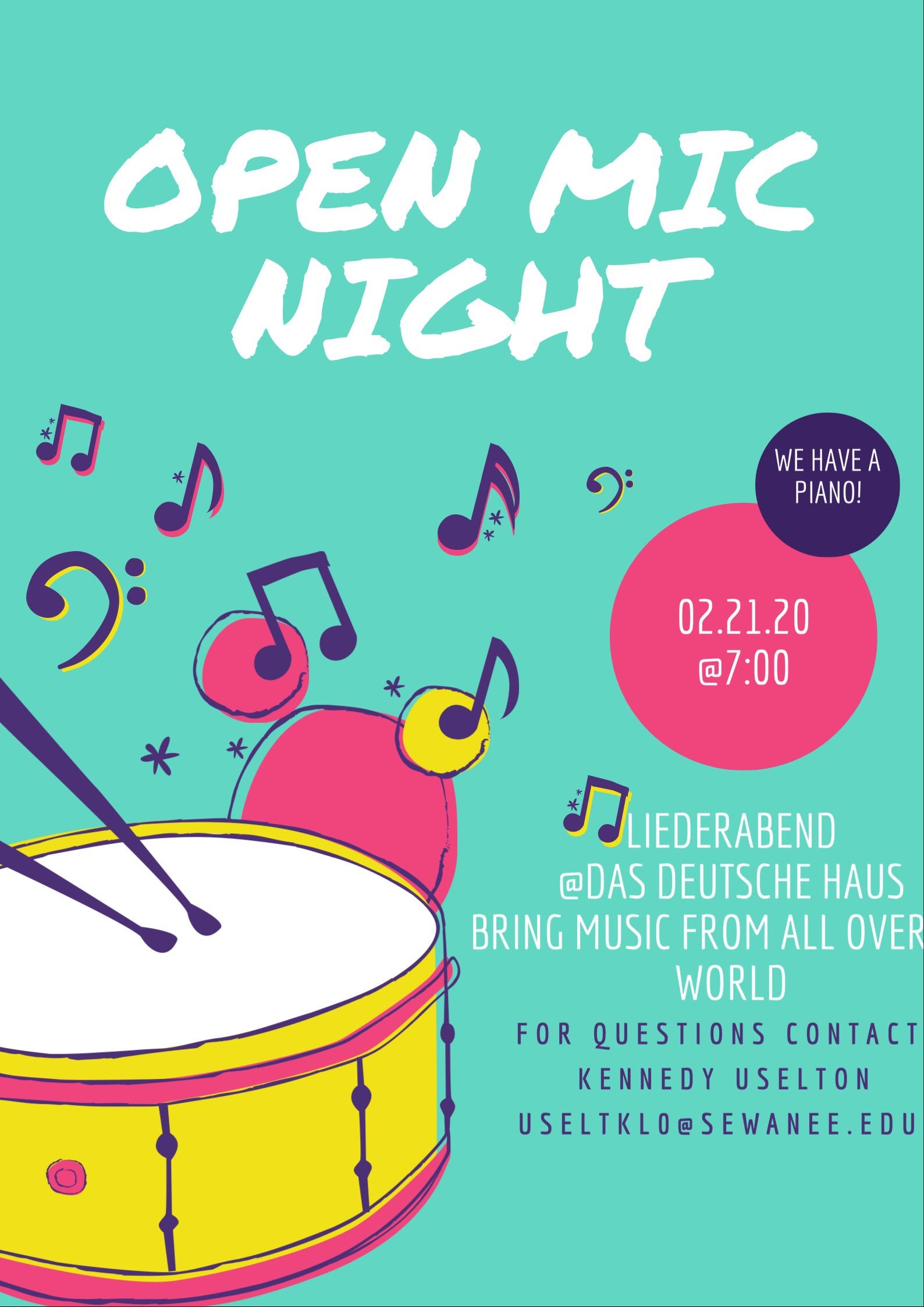