Fifteen members of the Class of 2022 were initiated into membership in Phi Beta Kappa during a ceremony on May 7. 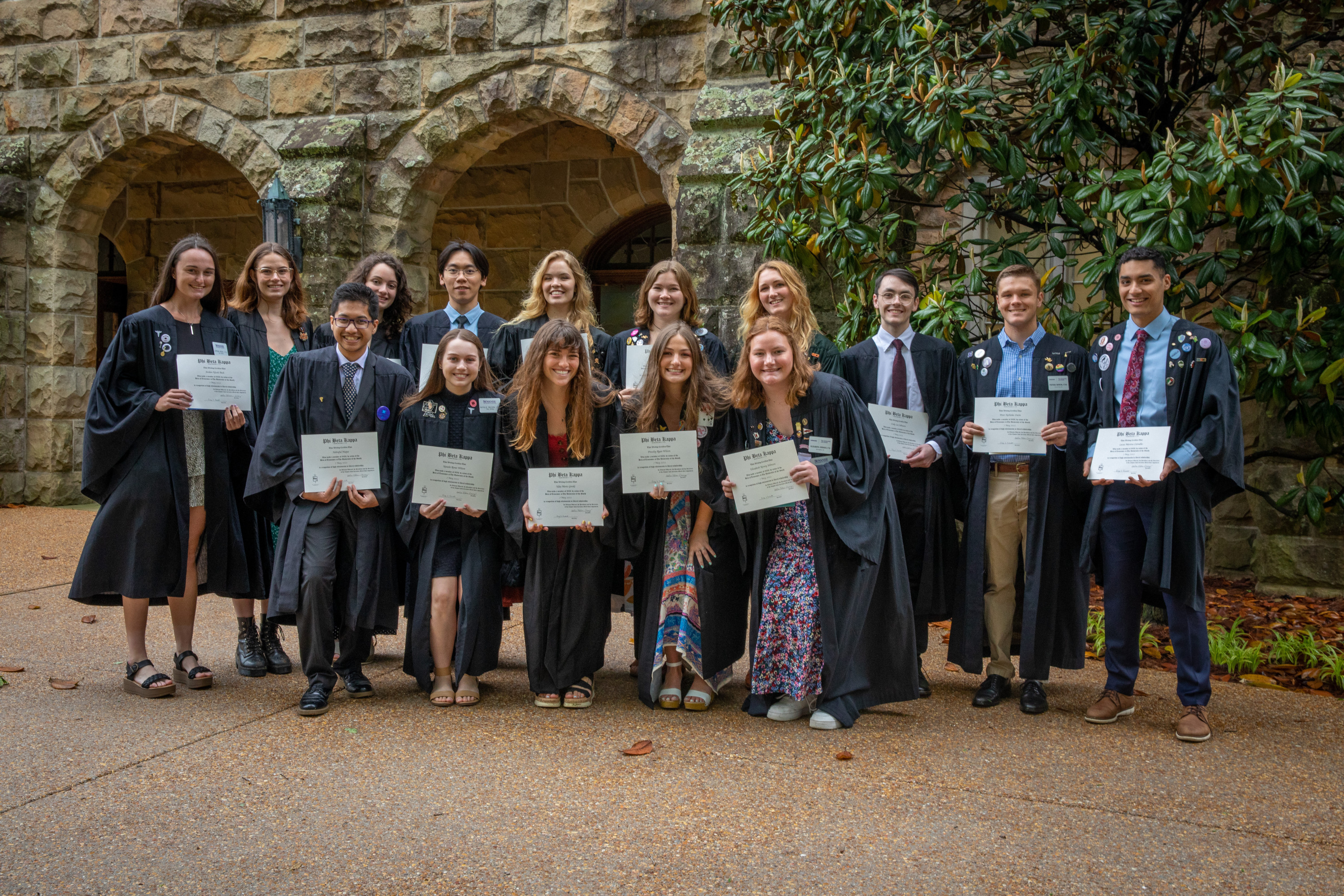 Fifteen members of the Class of 2022 have been elected to membership in Phi Beta Kappa, joining 23 classmates who were elected in the fall and winter semesters. The initiation ceremony in Convocation Hall followed the University Baccalaureate service.

Each year the Sewanee chapter elects a total of approximately 10 percent of the senior class to membership in Phi Beta Kappa. Two percent of the class generally is elected at the beginning of the first semester, on the basis of six semesters' work; additional members are elected at the beginning of the second semester and during Commencement Weekend.