An initiation ceremony was held on Thursday, Oct. 15, for the eight members of the Class of 2021 who have been elected to membership in Phi Beta Kappa. 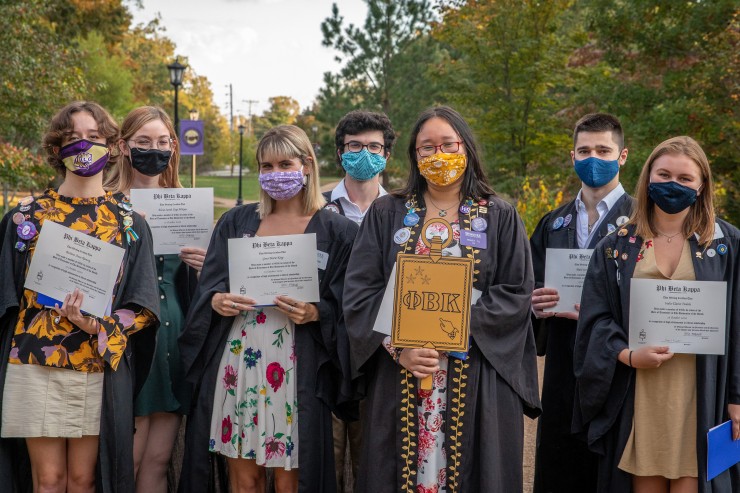 Eight members of the Class of 2021 have been elected to membership in Phi Beta Kappa. An initiation ceremony was held on Thursday, Oct. 15; though initiated this fall, these students were elected on the basis of their standing through their junior year at Sewanee.

The socially-distanced initiation was held outdoors on the University Archives lawn with students’ family members watching online. One student participated in the ceremony remotely. Along with members of the chapter, other faculty members invited by the students attended the sunny afternoon ceremony.

Additional students in the Class of 2021 will be elected to Phi Beta Kappa and initiated during the second semester. Each year the Sewanee chapter elects a total of approximately 10 percent of the senior class to membership in Phi Beta Kappa. Two percent of the class generally is elected at the beginning of the first semester, on the basis of six semesters' work; additional members are elected at the beginning of the second semester and during Commencement Weekend.