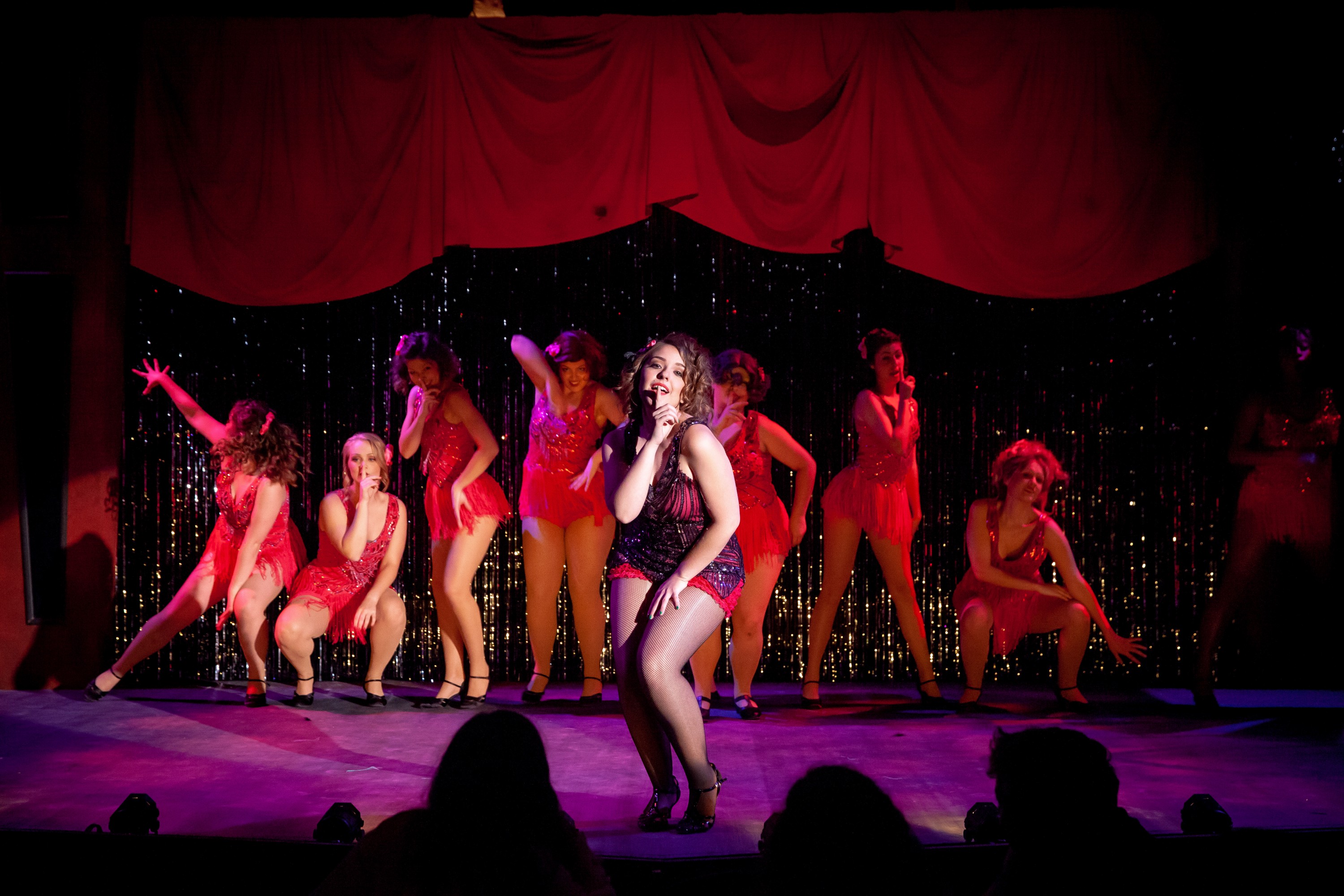 Sewanee’s home for theatre and dance celebrates two decades of learning by building, creating, and performing.

Karissa Wheeler, C’19, is no stranger to the stage. Having started dance classes at the tender age of two, and gotten involved in community theatre at the age of nine, Wheeler performed in her first professional show, Annie, at age 13. By the time she graduated from high school, she was certain that she wanted to enroll in a bachelor of fine arts musical-theatre program, but something didn’t feel right.

“I ended up getting into every [school] I applied to,” she says. “But a part of me was really being pulled to Sewanee.”

She had emailed Theatre Professors David Landon and Pete Smith about attending Sewanee, and both had emphasized the importance of a well-rounded liberal arts education. So, in the fall of 2015, Wheeler arrived on the Mountain, ready to immerse herself “in all of the aspects of the theatre” at Sewanee’s own Tennessee Williams Center, which turns 20 this year.

Thirty years ago, when Theatre Professor Dan Backlund was hired, he was told that within the next year or two, the University would start building a theatre. Smith, who created the theatre major and who had been teaching at Sewanee before Backlund arrived, had been told the same story 37 years ago. At the time, the duo worked out of Guerry Auditorium, which is a better venue for music than it is for theatre.

Backlund, who has worked in more than 450 spaces as a designer in his career, was not impressed with Guerry Auditorium, and was ecstatic when the Tennessee Williams Center was constructed in 1998.

“Our students were learning things and they were doing well, but when we got [the Tennessee Williams Center], it profoundly changed our program,” he says. “To have an entire building just to learn and study theatre and dance is such a wonderful thing. I don’t know of any other liberal arts school that has a facility like this.”

With funds from the Tennessee Williams estate, the University was able to finally make good on the promise that it had made Smith and Backlund. The old Sewanee Military Academy gymnasium was surveyed and found to be completely sound. Until then, the building had served as an attic for the University, a place to store old mattresses and furniture that hadn’t been used in years.

“It was hard to get rid of all that stuff, but it was time for it to go,” says Backlund. “But it’s really been a profound change. We were able to bring this building back to new life.”

With Smith and Backlund’s combined experience of running theatre companies all over the country, they both knew what they needed to create a proper learning environment. They spent most of the money on equipment that they felt their students needed for their work, and then spent the rest on building the lobby and the Proctor Hill Theatre. The facility’s primary performance space, the 175-seat Proctor Hill Theatre, includes modular, movable seating that allows a different configuration for each production.

“We got a $20 million facility for $5 million because the building was so sound,” says Backlund. “It’s a front door to the institution. Just like sports is a way for people to get involved with the institution, so is theatre, [and] so is music. It’s one of those things that bring people to the campus.”

Today, the Tennessee Williams Center is home to the Proctor Hill Theatre, the smaller Studio Theatre, a design studio, a scene shop, a costume shop, and a rehearsal space, along with faculty offices. There are no traditional classrooms here: Students learn in the same spaces where they build, perform, and create.

Particularly for students who want to pursue careers in disciplines like biology, physics, and classics, the Tennessee Williams Center offers an opportunity to keep up with their passion for dance, art, or performance. With the recent institution of the Theatre Fellows program, Sewanee supports and cultivates a strong artistic community that is centered at a facility just a 15-minute walk away from the Quad.

“We’re in pretty good shape because we’re not a professional school, even though we really are running a conservatory program here,” says Backlund. “You don’t sit around and think about it, lying on a couch here; you’re off your backside, you’re doing right away.”

For Wheeler, it almost wasn’t enough. During her sophomore year, she considered transferring to the Tisch School of the Arts at New York University. When she spoke to Backlund, he impressed on her the importance of having more than just one skillset.

“We help you strengthen your strengths, but all these other skills you don’t have, we’re going to get those to be strong as well,” Backlund says. “When the phone rings, you pick up and you say, ‘Of course I can do that,’ and then you hang up the phone and your knees shake. But then you go do it.”

Now in her senior year, Wheeler played Sally Bowles in this semester’s production of Cabaret, a musical that had been performed at Sewanee 18 years ago when the Tennessee Williams Center was still new. The show opened on Homecoming Weekend and enjoyed a sold-out run. After its opening night, most of the tables in the Proctor Hill Theatre were cleared, a band arrived, and students, faculty, and alumni gathered to celebrate the 20th birthday of the Tennessee Williams Center.

The band played; Jordan Craig, C’11, who is currently on tour with The Phantom of the Opera, performed a song; and students were able to speak with alumni from as far away as California and New York about their experiences at Sewanee and elsewhere after graduation.

Wheeler herself plans to move to New York in May 2019, immediately after graduation. She intends to continue her training at Michael Howard Studios, which has a long-established relationship with Sewanee. Currently she is submitting to agencies, applying for side jobs, seeking apartments, and auditioning at regional theatres, “to keep my audition skills up to par.”

“I would not be the person or artist I am today without Sewanee and the professors I’ve had in the department,” she said. “[I’m] forever grateful.”