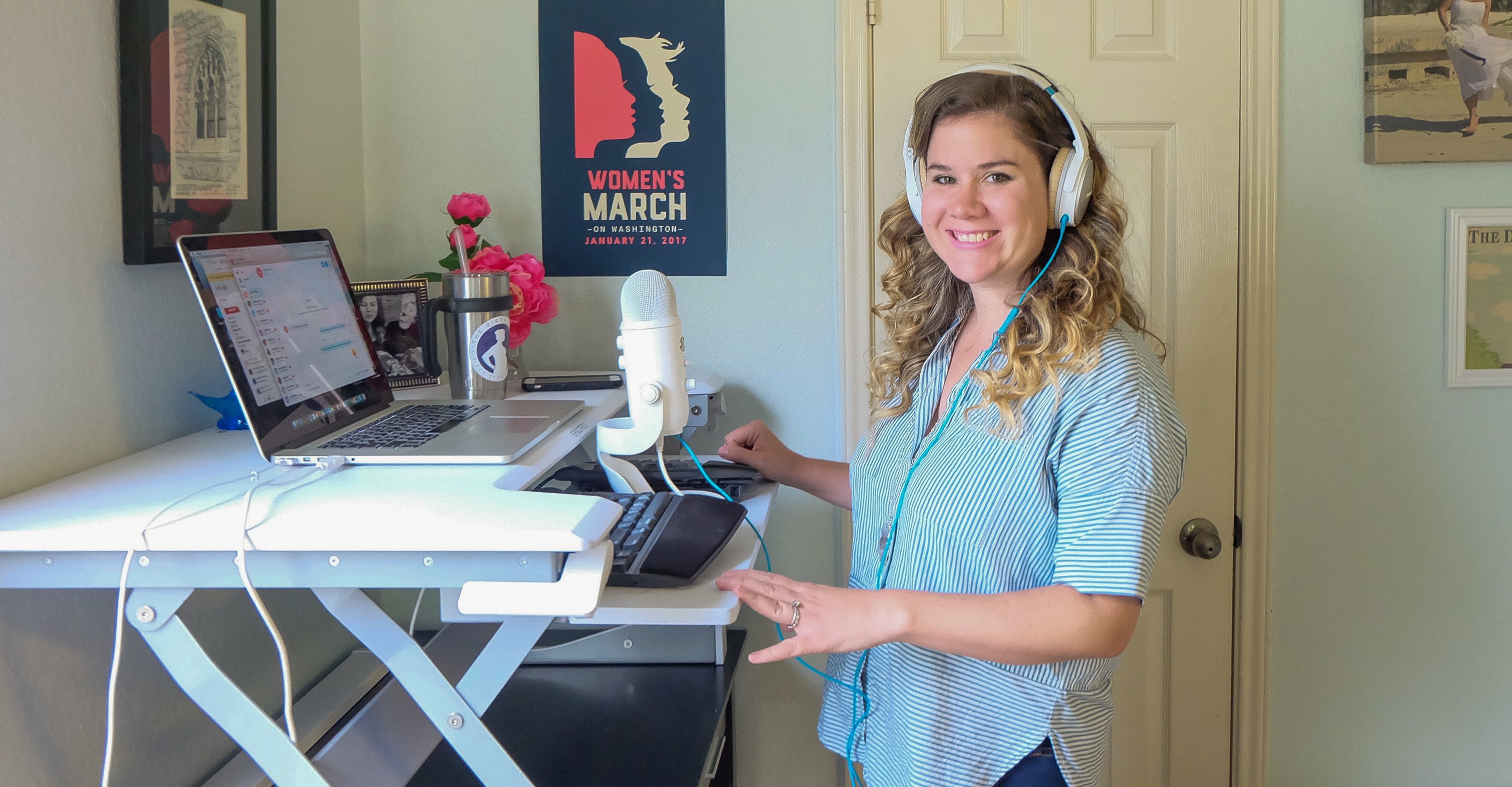 Bryn Huntpalmer records episodes of "The Birth Hour" from her home in Austin, Texas. Photo by Will Bostwick

“This will give you an idea of how nomadic we’ve been,” says Bryn Huntpalmer, an impish grin forming. “While we were both in school in Fayetteville, Arkansas ... we decided that we were going to sell everything we owned and travel around in an RV. And so we did.” A few months after moving into their fifth wheeler with their six-month-old baby and hundred-pound dog, Huntpalmer and her husband, Richard, learned she was pregnant with their second child.