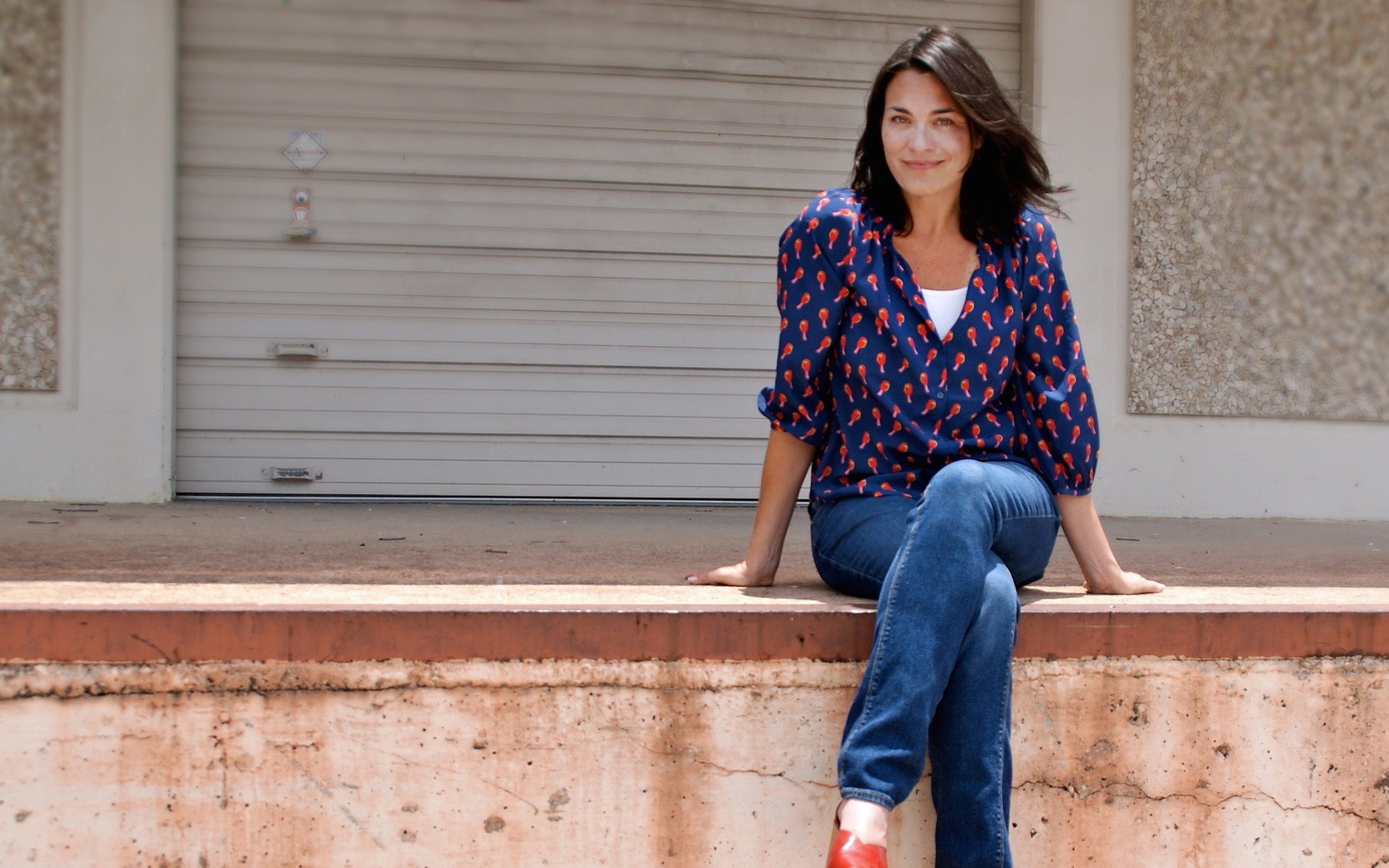 Smart Girl at the Party

From Saturday Night Live to the White House, from Texas to Malawi, producer, activist, and humanitarian Meredith Walker, C’91, is changing the world by being herself.

I t all started with a question: “When do girls stop being a Scout and start trying to fit in?”

The “Scout” in that question was, of course, Scout Finch, the plucky, straight-talking six-year-old protagonist of Harper Lee’s To Kill a Mockingbird. And the two women pondering the problem were close friends who had met while working at the late-night sketch comedy show Saturday Night Live. Meredith Walker, C’91, and Amy Poehler were drinking wine and talking in Poehler’s New York apartment as they lamented the inevitability of this critical transition that takes place in so many girls’ lives.

It was a conversation they had started during downtime at SNL about the pressure that society puts on girls to conform. As accomplished women who had succeeded, in part, because of their nonconformity, they were sensitive to the consequences of this change in young girls. They also both cherished the fact that when they were young, they had women in their lives who encouraged their more unique, expressive character traits.

Walker is co-founder and executive director of Amy Poehler’s Smart Girls, an online community primarily for girls, but with features for boys and anyone else who identifies with its advocacy. In that capacity, she has taken advantage of technology not available when she was a young girl to create a community as wide-reaching as the internet, and has traveled tirelessly to spots beyond the reach of the internet to make a case for the community’s values.

In the last year, Walker has spoken at the White House on six occasions and traveled to a Syrian refugee camp in Jordan, remote primary-care clinics in Haiti, and rural villages in Malawi. She has rallied with politicians and partied with celebrities. She has been on countless panels, given distinguished lectures, and has documented the status of women and girls around the world with global aid delegations, all while mentoring girls in Austin, Texas, and running an advocacy organization based in social media.

In her memoir, Amy Poehler, new to SNL when she met Walker and not at all a household name, remembers being struck by her new acquaintance. “She was tall and from Texas and had already met Sting and Tupac,” she writes. Of course, Poehler went on to host “Weekend Update,” rap to Sarah Palin while nine months pregnant, and produce, star in, and win a Golden Globe for the comedy series Parks and Recreation.

Poehler was hired at SNL and met Walker in August 2001, when Walker had already been at the show for several years as head of the talent department, charged with managing guest hosts and musicians. The season’s first read-through was scheduled for Sept. 11, 2001. The events of that day shook the world, and left the people working at 30 Rockefeller Plaza stunned and unsure how to proceed. “It felt like America might not ever smile, never mind laugh, again,” Poehler says.

“When I was at Saturday Night Live, I loved it, because I had found my tribe,” Walker remembers. “I was raised in a sharp, funny family, so I really fit in there and I loved it, but after 9/11, we all had an existential crisis.”

Walker and her colleagues at SNL were shaken by tragedy, but they didn’t lose their sense of humor, and for Walker it was an opportunity to reconsider how she wanted to spend her time. “We were like, ‘What are we doing?’”

At Sewanee, where her family has deep roots, Walker studied religion. She says she received a single A-plus as a Sewanee student in a class that combined her zeal for activism with her newly recognized love of media. It was a film class taught by iconic Sewanee professor and civil rights activist Scott Bates. In it, Walker learned about the Highlander Folk School, in Monteagle, where the likes of Martin Luther King Jr. and Rosa Parks had trained in social activism. It was at Sewanee, she says, that she really understood the power of activism. “That’s when I thought: This is why I’m here,” she says.

After SNL, Walker moved on to a couple other jobs in New York, then, looking for a change, she moved to Austin. After spending a year trying to find her footing in her home state, Walker got a job working for a digital media company.

Around this time, in 2007, Walker went to New York to visit Poehler, and remembers enthusiastically revisiting the idea the two had batted back and forth for several years. “Let’s do camps and conferences, and all the … And then we both said, ‘Oh wait, we don’t have any experience with that. But we do have experience in shows and producing things, so why don’t we try a show?’”

Walker’s experience at the digital media company helped her understand there was a market for a low-budget project, especially given her and Poehler’s combined credentials in media and production. “I just would go up to Amy’s every chance I could get, and it was one of those weekends. We were just talking and I said, I think we could probably do something with this place where I work. And she was like, ‘Let’s do it.’”

Poehler wasn’t the A-list celebrity she is now, but Walker took the idea to her boss at the media company, and was given the go-ahead.

The result was a series called Smart Girls at the Party, an earnest and funny interview show featuring girls and women from all kinds of backgrounds. Walker is a regular character, usually shown sitting in a producer’s chair and dancing through the show’s sendoff. The show takes ordinary girls with unique skills and asks them some serious and some silly questions. At the end of each show the girls have a dance party with the show’s cast and crew, and an array of recognizable comedic celebrities.

The success of Smart Girls at the Party enabled Poehler and Walker to expand their operation. Walker quit her job at the digital media company when her work at Smart Girls became a full-time job. Smart Girls reaches roughly 3 million people a week through the various aspects of its digital platform.

It’s important to Walker to provide “this forum, this community, to show we can’t fix your problems, but we can show you that you’re not alone in them. And that’s helpful.” But she says what’s most important to her is creating a community for girls outside of any digital platform. “Really, what’s more important to me are the day camps and the actual activities. I go into high schools and middle schools, and I do something called the Smart Girls roadshow. Because there is nothing like that intimacy, that real connection of face-to-face human contact.”

When asked to elaborate on experiences in her recent travels, Walker’s eyes light up, and she leans forward in her chair. She talks about empowering women with livestock from Heifer International in Malawi. She talks about educating girls about health and family planning in Haiti. She mentions a young Syrian woman who, despite unthinkable misfortune, seemed to access a higher plane of compassion and optimism.

Walker mentions another moment from the Syrian refugee camp, where she joined gold-medal-winning members of past American women’s soccer teams to go off with the girls and women of the camp to play sports because men and women didn’t play together. One day, during downtime for the delegation, men in the camp started an impromptu soccer game. “So the women from our delegation just jumped in. And they just started playing soccer with these men. I swear I watched gender norms shift right in front of my eyes.”

Becca Stevens, C’85, a priest and social entrepreneur recently named Humanitarian of the Year by the Small Business Council of America, was part of the aid delegation to Haiti with Walker, and she vouches for Walker’s sense humor. She remembers sitting on the delegation’s bus and laughing with Walker “despite the many tears we shed for the violence and vulnerability of poverty we witnessed. Meredith is what this world needs,” she says straightforwardly, “a champion for the underdog who will laugh and cry with equal passion.”

Walker appreciates that girls and women have made progress in the two decades since she began advocating on their behalf at the Peabody and Emmy Award-winning Nickelodeon news show hosted by Walker’s mentor, Linda Ellerbee. (Walker earned a Cable Ace Award for her work on the show.) But she also knows there’s a long way to go. With comments deriding women regularly flowing from U.S. political discourse and with women and girls around the world deprived of basic rights and care, Walker wonders: “What’s that going to do to the women, to the girls we’ve been trying to build up this whole time? I mean, our work is cut out for us.”

Walker has created a niche for herself at the intersection of her skills and passions and has been uniquely successful in living the Smart Girls motto of “changing the world by being yourself.” But she insists that it hasn’t always been this way. “I have no shame in saying when I got to Austin in 2006, I could not find a production job … I was working in catering kitchens. I was sleeping on couches. I had gone back to what felt like point zero sometimes. But then it ended up being the gateway to the thing I care about the most. So I like talking about that with girls, because everyone thinks you have these plot points and you hit them and then everything’s fine. It’s not like that as you find your way through life.”