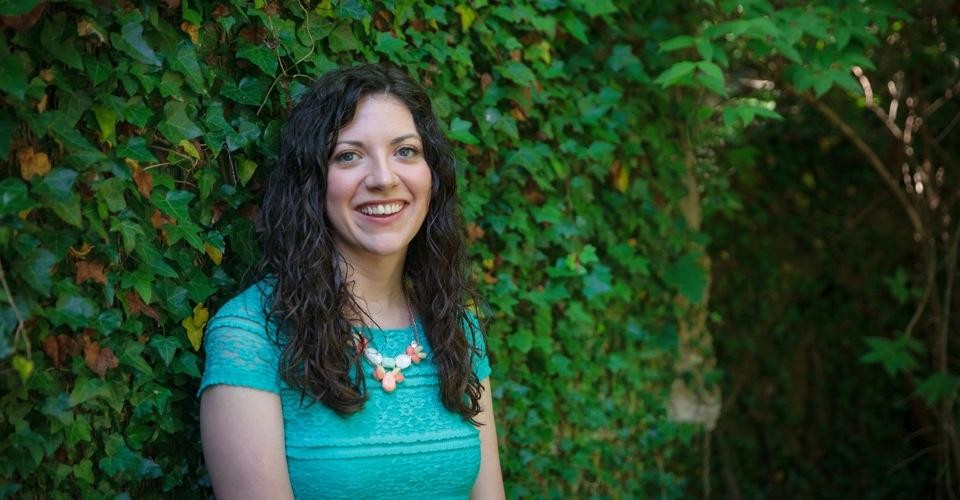 "When happiness seekers are tempted to treat themselves," Katie Nelson says, "they might be more successful if they opt to treat someone else instead."

Assistant Professor of Psychology Katie Nelson wants you be happy—and she’ll tell you how to do it.

If Assistant Professor of Psychology Katie Nelson seems to beam with an inner sense of peace and emotional well-being—and, believe us, she does—there’s a good reason for it. Nelson is a leading researcher in a relatively new field of psychology that explores behavioral strategies people can use to increase their personal levels of happiness.

The results of Nelson’s latest published study, which recently appeared in the psychology journal Emotion, were touted in media outlets around the world. That study compared the emotional efficacy of strategies that people might use to make themselves feel better—doing something nice for themselves, doing something to benefit another person, and doing something for the betterment of the world.

Previous studies had looked at the emotional benefits of performing acts of kindness for others, but Nelson wanted to compare that strategy with one that is often promoted in popular culture. “We get these messages from the media telling us that when we want to feel good that we should treat ourselves—that we should go on a shopping trip, we should indulge in a decadent dessert, we should get a massage, get our nails done,” Nelson says. “We’re constantly told that’s a good way to feel good about yourself, and often that’s what people do when they want to feel better. So I thought we needed to have a comparison.”

At the outset of the research, Nelson hypothesized that performing kind acts for others and humanity would make people happier than doing something for themselves, but the dramatic results surprised even her. The study not only found that “prosocial” behaviors increased subjects’ happiness more than self-focused acts, but that treating oneself has no lasting effect on happiness when compared to doing nothing at all. In other words, cancel your tee time—and go visit your grandmother.

Nelson’s study recruited four groups of people, each of which had a different assignment. One group was asked to perform three kind acts of their choosing for other people in one day. These participants took on chores for others, helped roommates study for tests, bought someone a cup of coffee, and carried groceries for the elderly. A second group was asked to do three things to make the world a better place. They engaged in charity work, picked up roadside litter, and recycled waste. A third group engaged in self-focused activities, including taking a day off from work, eating sweets, and treating themselves to a mani-pedi. The final group was the control, asked only to record their daily activities.

For four weeks, the participants performed their tasks on one day and then, six days later, were asked to report on their positive and negative emotions. Two weeks after the end of the study, a follow-up survey gauged the subjects’ psychological flourishing, a measure of well-being that taps into how satisfied people are and how connected they feel to their communities.

In both the weekly surveys and the follow-up, the results were clear. The participants who engaged in both kinds of prosocial activities experienced increases in positive emotions, and those increases triggered “an upward spiral of greater well-being.” Meanwhile, the people who treated themselves saw no increase in positive emotions and no decrease in negative emotions.

One explanation for these results may lie in what was once considered a distinction between two different kinds of happiness: “hedonic” (feeling pleasure) and “eudaimonic” (fulfilling one’s meaning and purpose in life). Recent studies have suggested that these are not actually distinct forms of happiness but rather two ways of pursuing happiness. Nelson’s research supports this notion, and she suggests reasons that the effects of the two strategies may differ: When you perform an act of kindness for someone else, say visiting an elderly relative, you enjoy more opportunities to experience positive emotions, like love and trust, and you might feel proud for helping someone in need. But when you visit a spa for a massage, while you might enjoy the experience and feel relaxed, that act doesn’t offer an opportunity for you to experience other positive emotions like love, gratitude, and trust. And treating yourself also opens the door to negative emotions—like selfishness and the feeling that your act of self-kindness is undeserved. So, Nelson’s study concludes, “when happiness seekers are tempted to treat themselves, they might be more successful if they opt to treat someone else instead.”

What is now known as positive psychology is a fairly new area of research, dating to a 1999 initiative of the American Psychological Association. Before that, research psychology had largely been concerned with everything that can go wrong with the human psyche—depression, anxiety, bipolar disorder, schizophrenia, etc. Those efforts focused on bringing affected individuals back to a baseline of mental health. Positive psychology is concerned with individuals who exhibit traits that rise above mere mental soundness and into the realms of psychological flourishing, well-being, and happiness.

Nelson first discovered an interest in positive psychology as an undergrad at the University of Mary Washington in Virginia. There, she worked with a professor who was conducting a study on student well-being at the liberal arts college. The professor recognized that Nelson had a knack for research and an interest in psychological well-being and took her under her wing. In graduate school, Nelson studied and apprenticed with one of the top experts in the field, Sonja Lyubomirsky, in Lyubomirsky’s Positive Activities and Well-Being Laboratory at the University of California, Riverside.

Under Lyubomirsky, Nelson pursued two lines of research: one in behavioral strategies that people can use to make themselves happier and one in happiness and parenting. In her parenting research, Nelson is interested in parenthood as a social role that can cause a lot of stress but that also offers opportunities for happiness and fulfillment. People with very young children who aren’t getting much sleep and are in the throes of early child-rearing are a little bit less happy than people who have grown children, Nelson says. “This is not surprising to anyone. But there are some surprises that come out of the research. For example, fathers tend to be happier than men without children, but mothers are not happier than women without children. Some of that has to do with some of the traditional gender roles that people play, where women tend to be more responsible for a lot of the chorelike aspects of parenting—the disciplining, the diapering, the making sure that everything is running smoothly. And studies have shown that a lot of fathers’ time spent with children is in play and leisure.”

Nelson began teaching at Sewanee in fall 2015 and brought her research interests with her. Here, she has begun mentoring future psychologists in the way that her own mentors encouraged her. During the 2016 Easter semester, Nelson and her husband, Assistant Professor of Psychology John Coffey, had 10 Sewanee students working on their shared research. (Coffey focuses on developmental psychology, a field that intersects frequently with Nelson’s.)

In the future, Nelson is interested in combining her two lines of research with her husband’s research interests to look at strategies that parents can use to make themselves happier. She believes that identifying and implementing these strategies will lead to benefits for children as well. When parents are happier and more satisfied, she believes, they engage in more beneficial parenting practices that could lead to happier children.

And, in turn, happy children might have more beneficial effects on their parents than a hot fudge sundae.