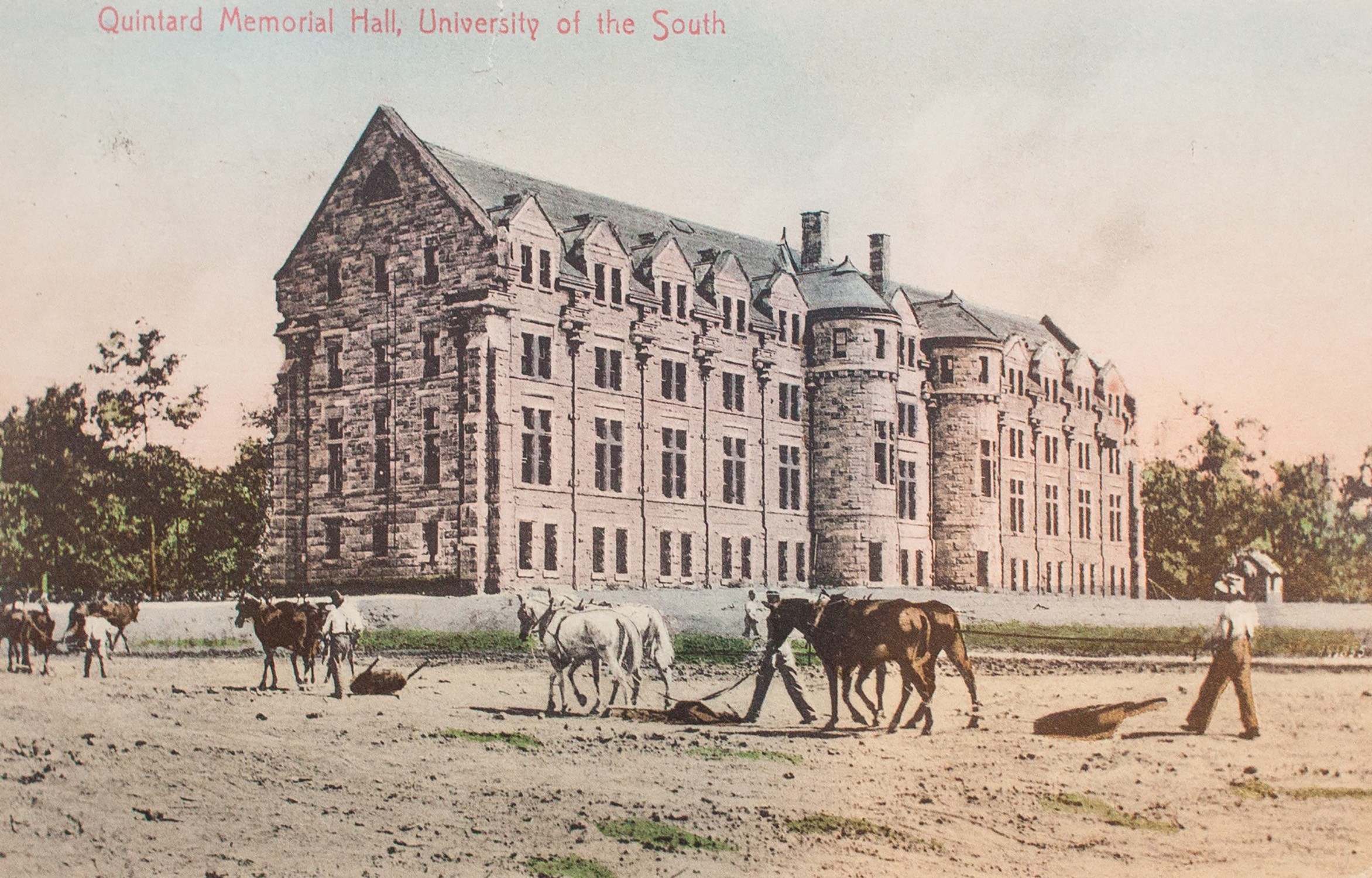 The staff and work-study students of University Archives and Special Collections recently completed the cataloging and organization of its collection of Sewanee postcards. Alongside the brightly colored glossy photo cards dating from the 1960s to the present is an impressive collection of postcards from the first half of the 20th century that depict a Sewanee that few people alive today can recall.

Many of these cards bear the imprint of the Albertype Company, a Brooklyn, N.Y.-based publisher of postcards and viewbooks that was founded to take advantage of recent innovations in photomechanical printing. From 1890 to 1952, the company produced more than 25,000 “albertypes,” which employed a then-new technique to make prints from photo negatives.

Many of these hand-colored cards depict scenes—mostly individual buildings—that appear quite different today, if they exist at all: All Saints’ Chapel before its completion, Fulford Hall before its renovation, teams of horses plowing the fields behind Quintard Hall. But evidence of Sewanee’s timelessness appears in other photos—St. Luke’s Hall, Johnson Hall, Morgan’s Steep—that could have been taken yesterday. 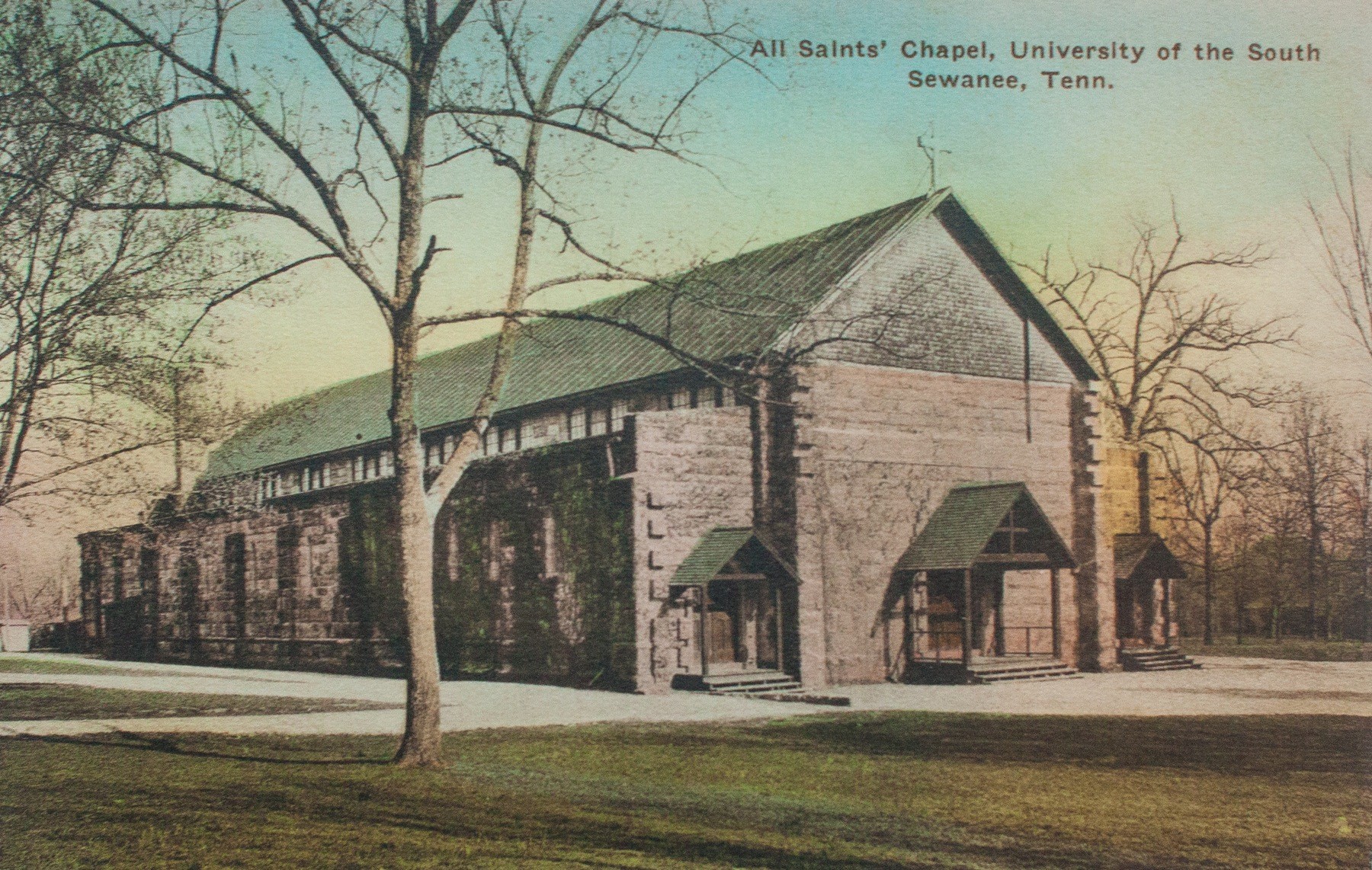 All Saints’ Chapel with the temporary roof that covered the building before the final stage of construction began 1957. 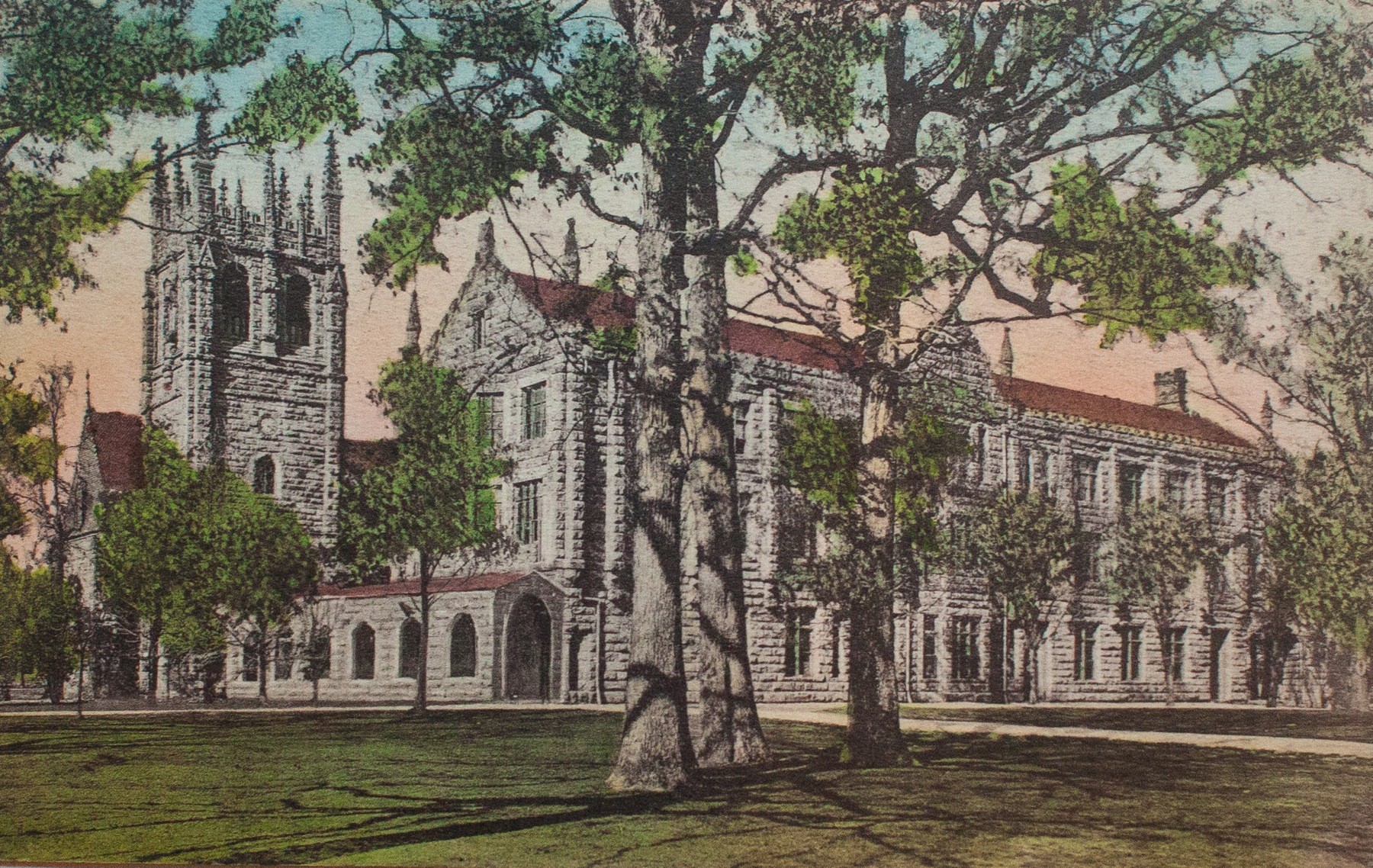 This postcard, titled “Library and Walsh Memorial,” bears a postmark from 1944. 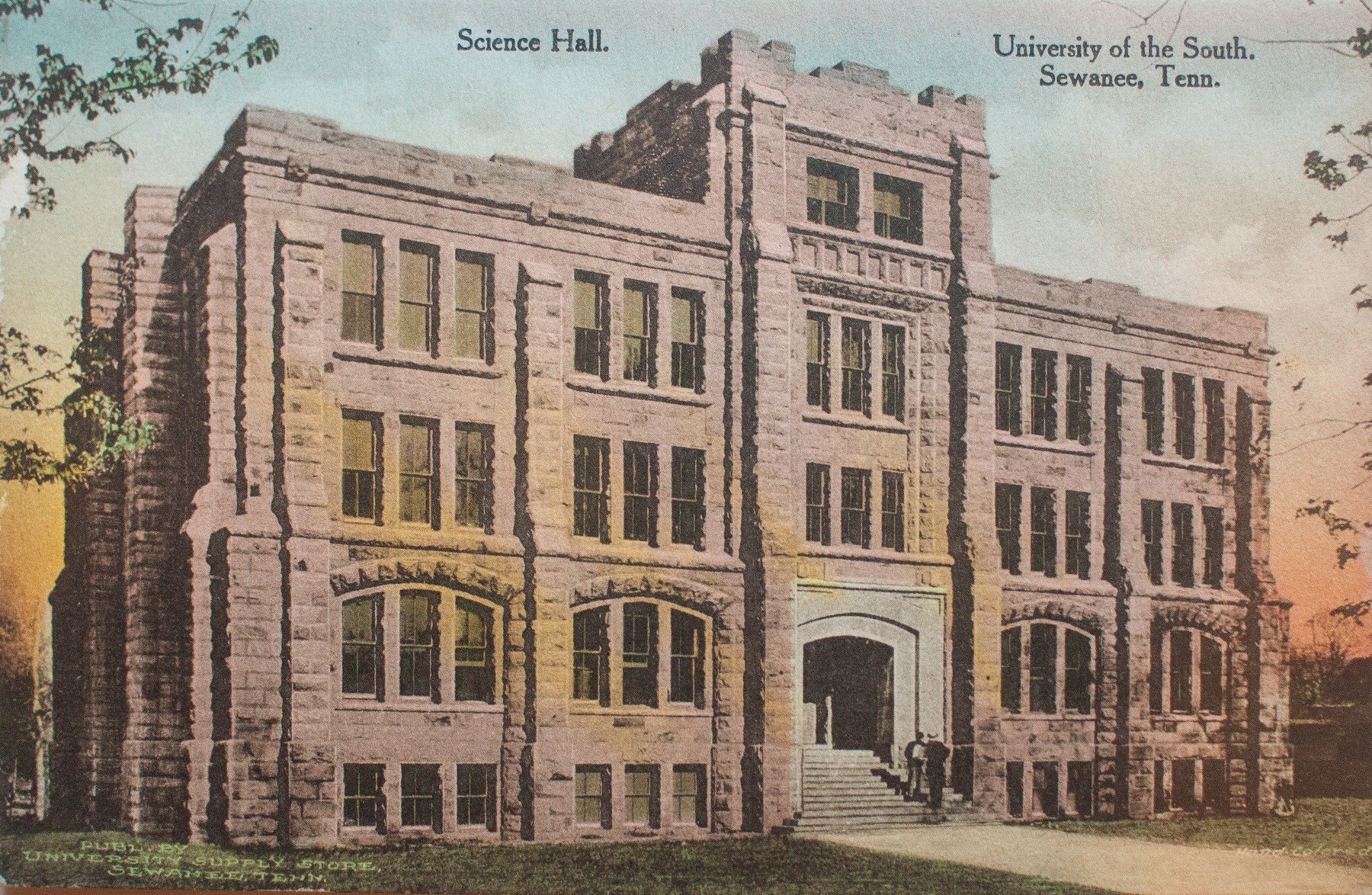 Carnegie Hall, which served as the University’s primary science facility for over 50 years. 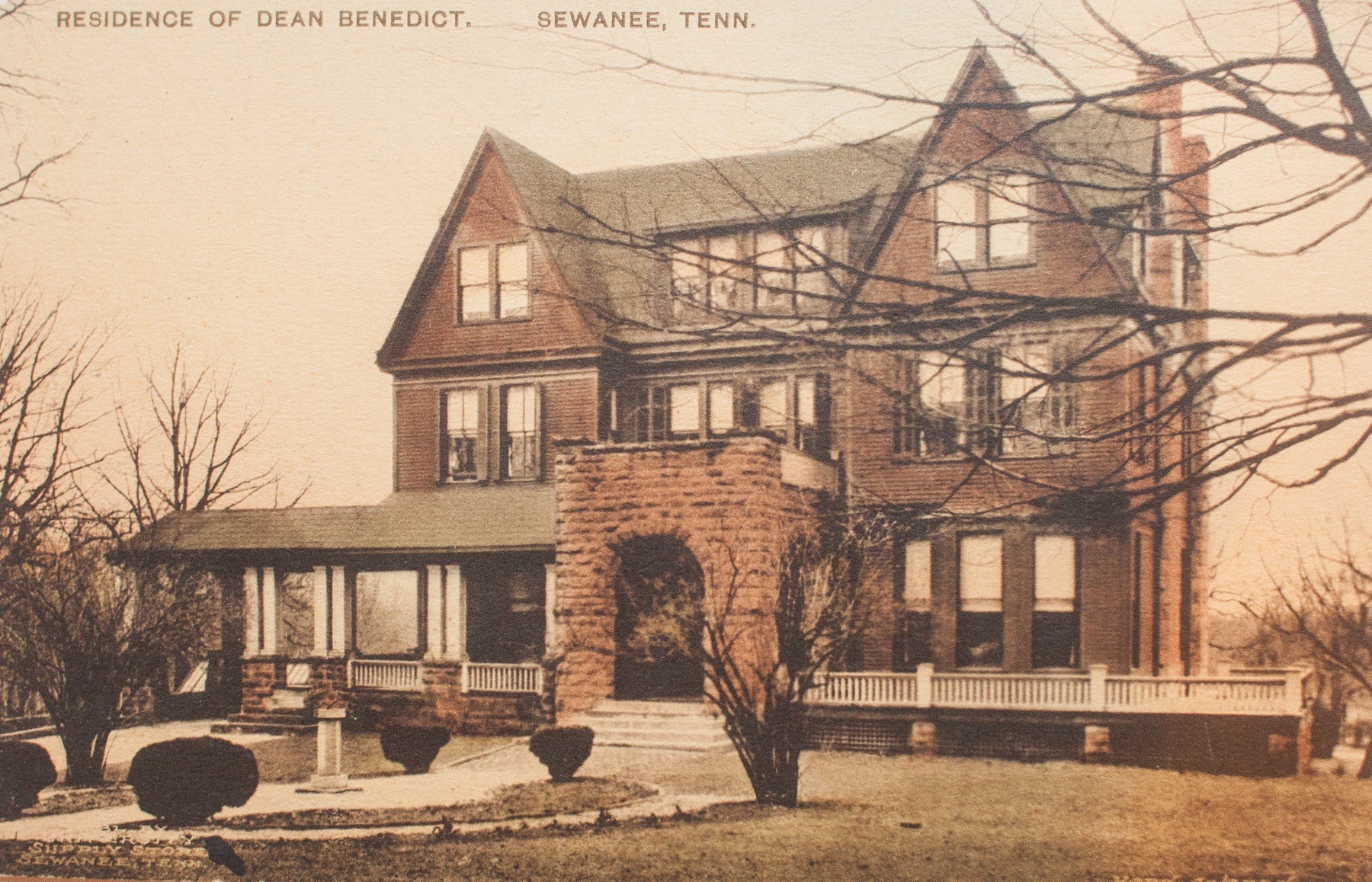 Cleveland Keith Benedict, who served as dean of the seminary, owned and lived in Fulford Hall from 1910 to 1922. Upon leaving Sewanee, Benedict gave Fulford Hall to the University, where it has been used ever since for a variety of purposes. 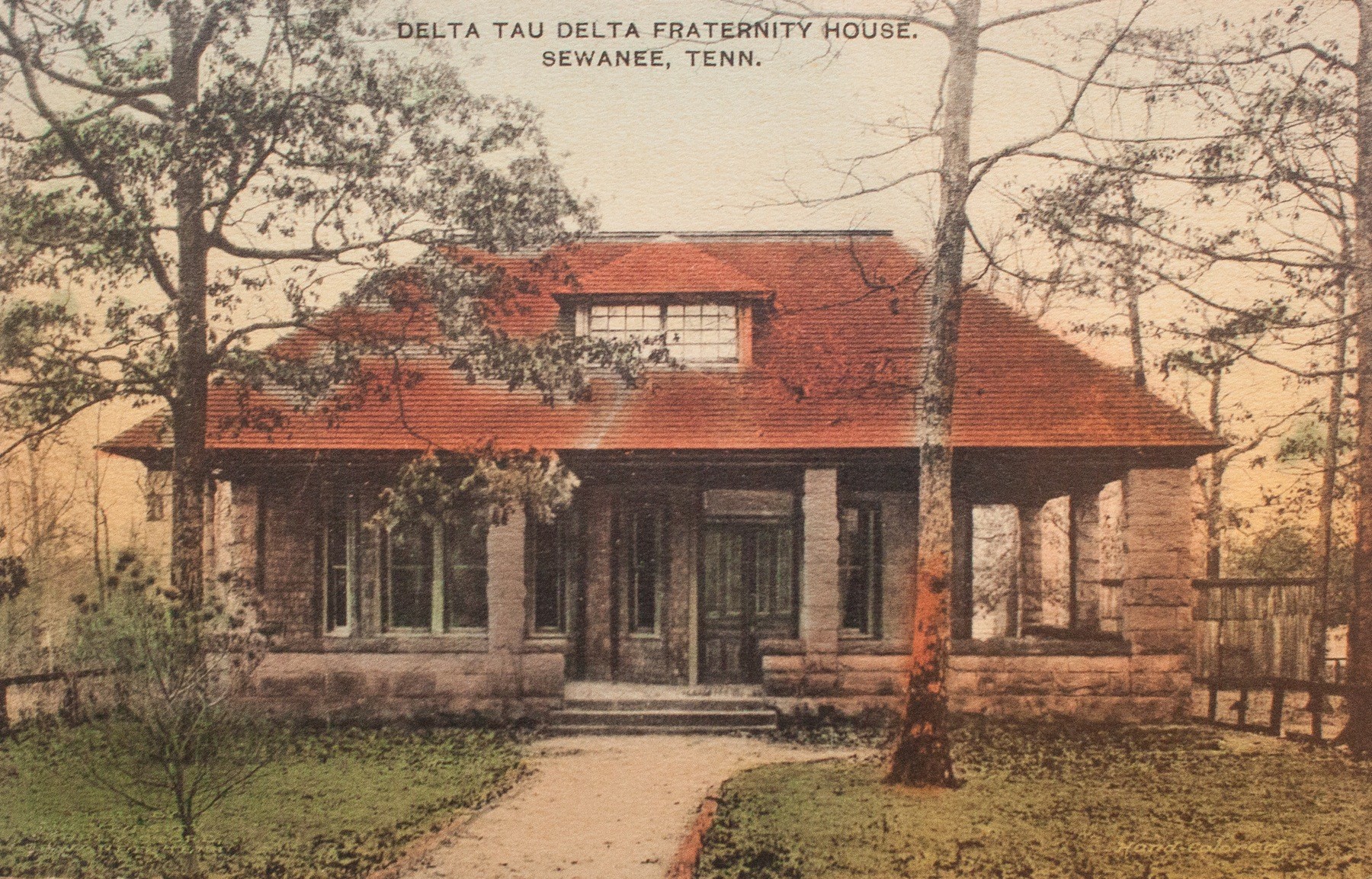 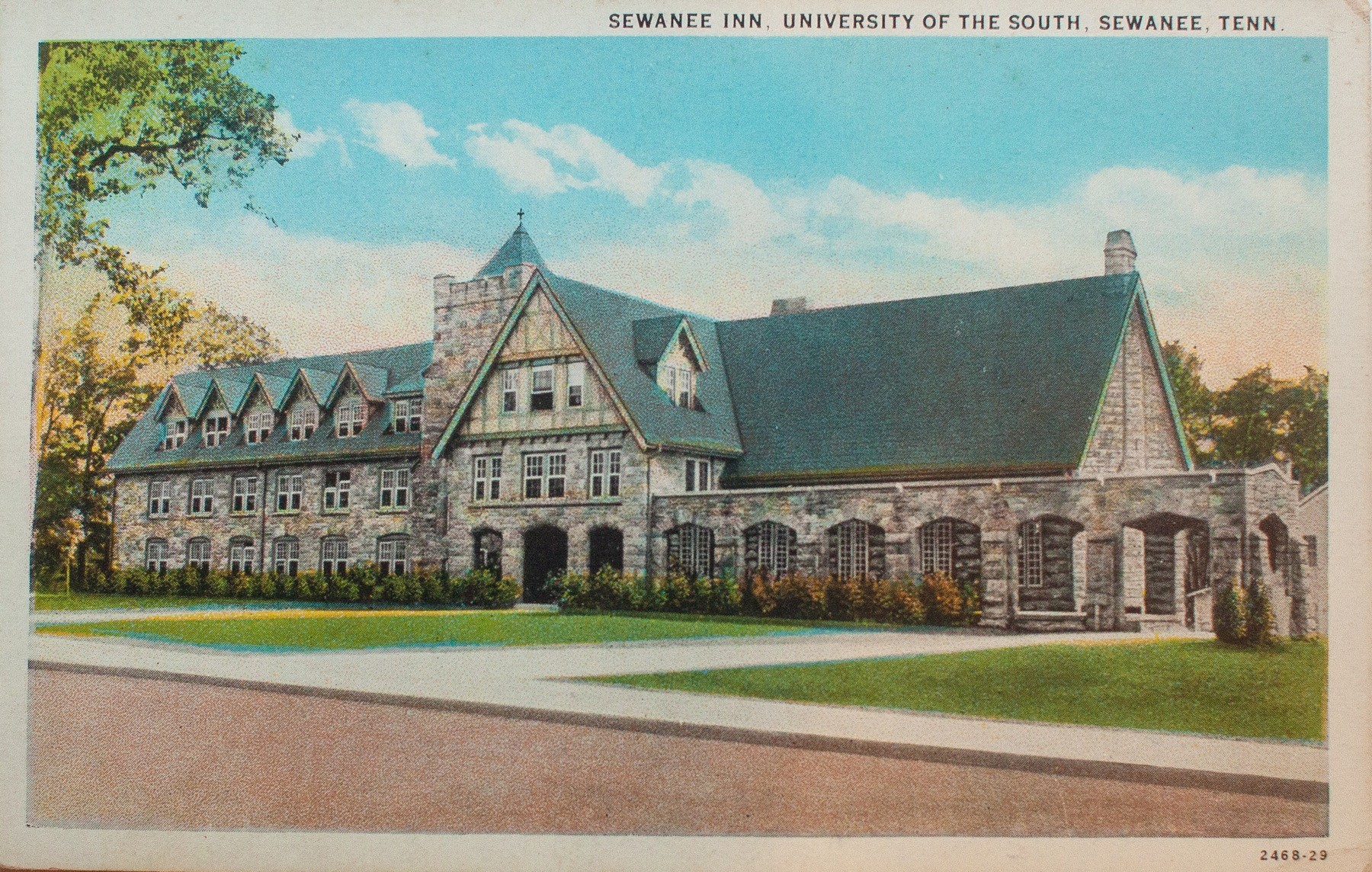 The building now known as Elliott Hall served as the Sewanee Inn for many years. The serial number on this postcard from Curt Teich & Company dates it from 1929. 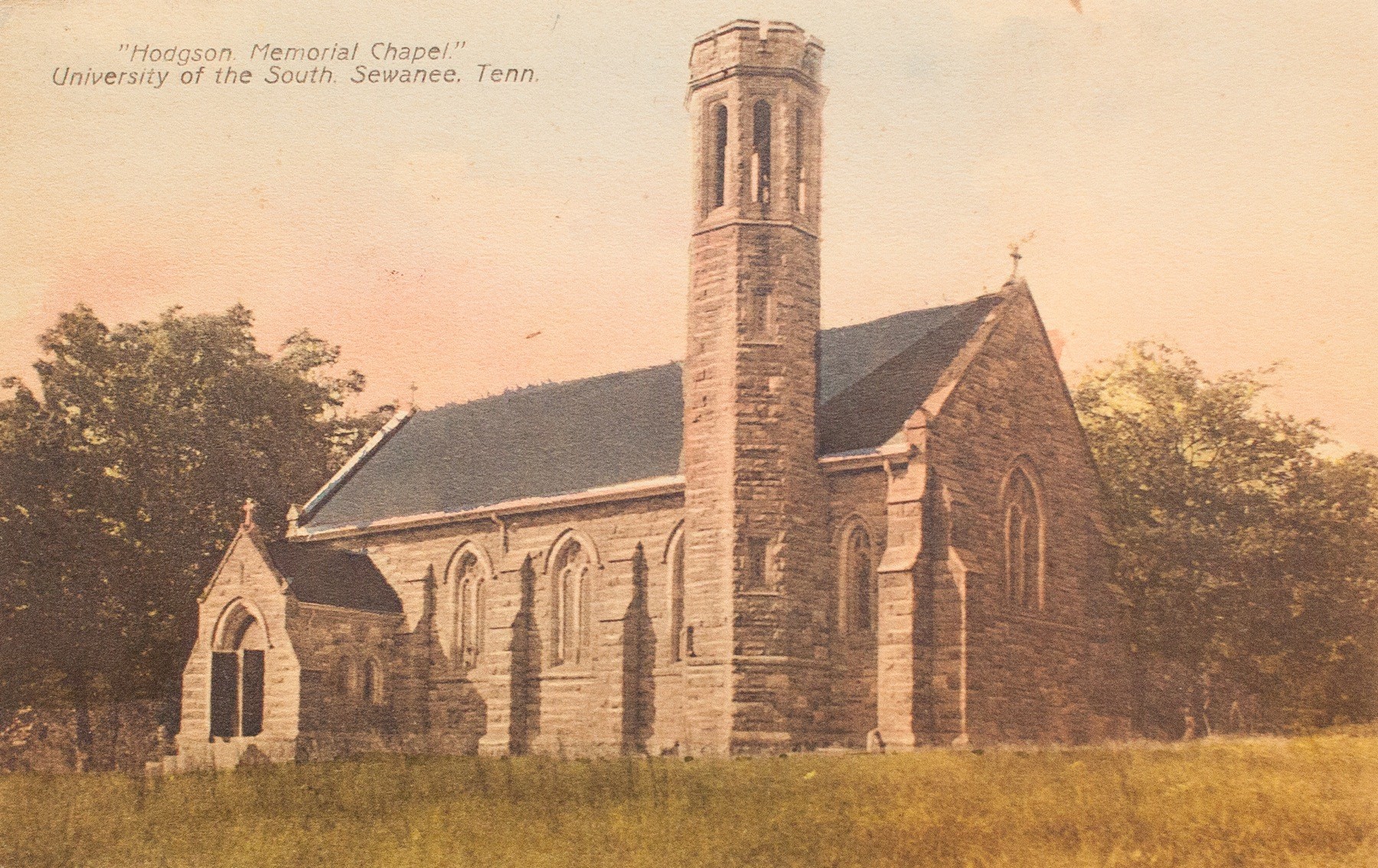 St. Luke’s Chapel, completed and consecrated in 1907, was built in memory of the Rev. Telfair Hodgson. A postmark on this card dates it to 1912. 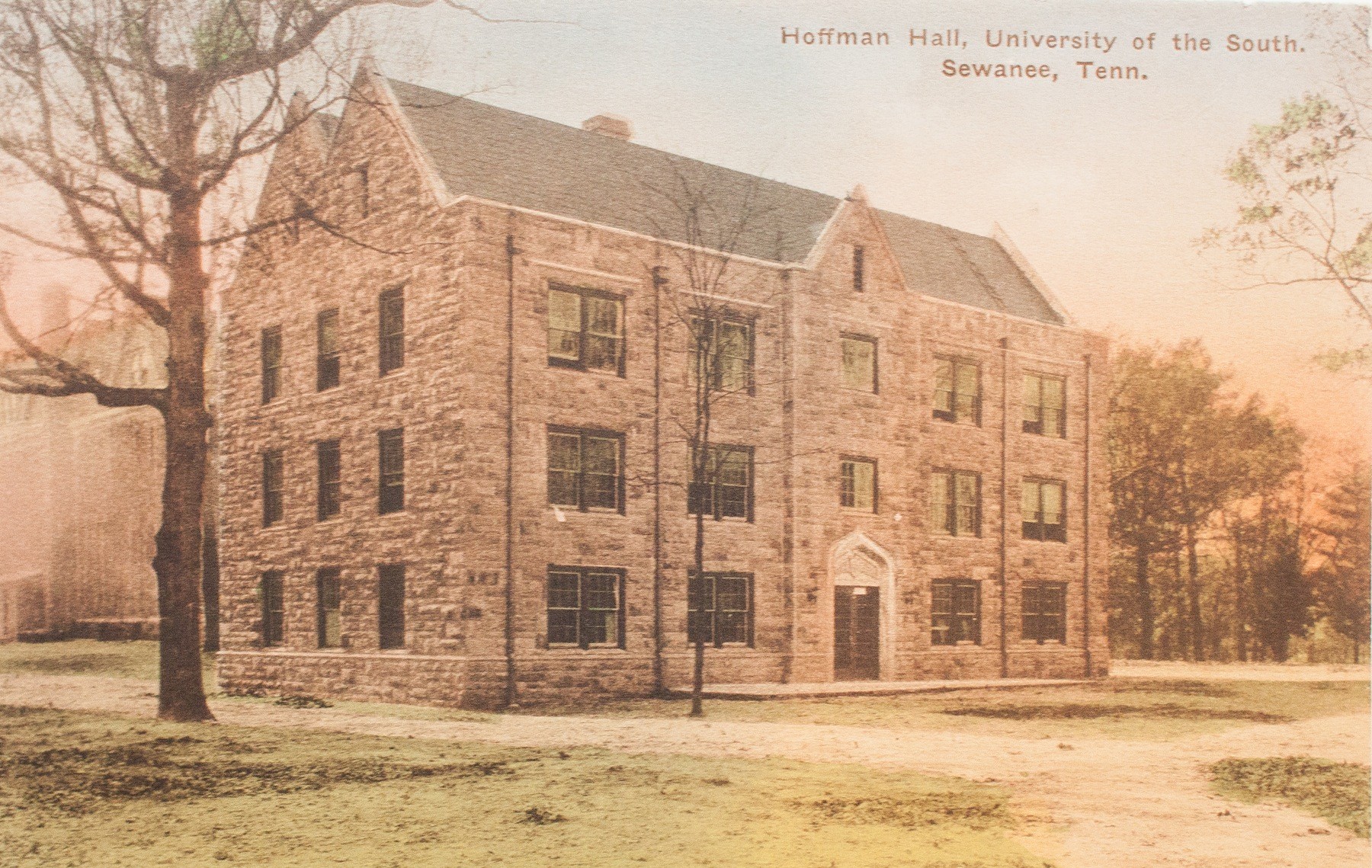 The original Hoffman Hall, built in 1899, was the University’s first residence hall. This postcard depicts the new Hoffman Hall, which was completed in 1922 after the first building burned. 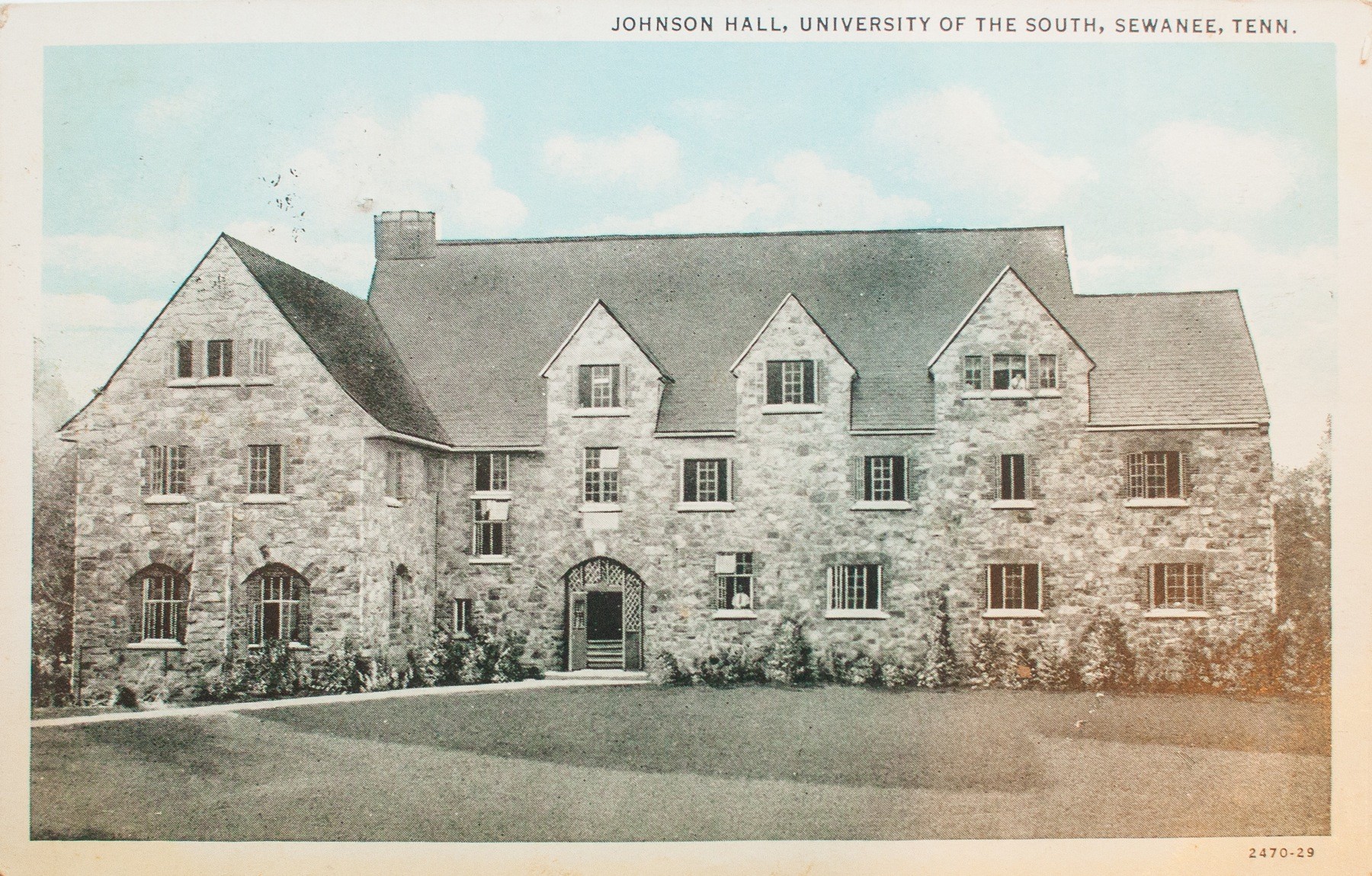 This postcard was produced in 1929, just three years after the completion of Johnson Hall. 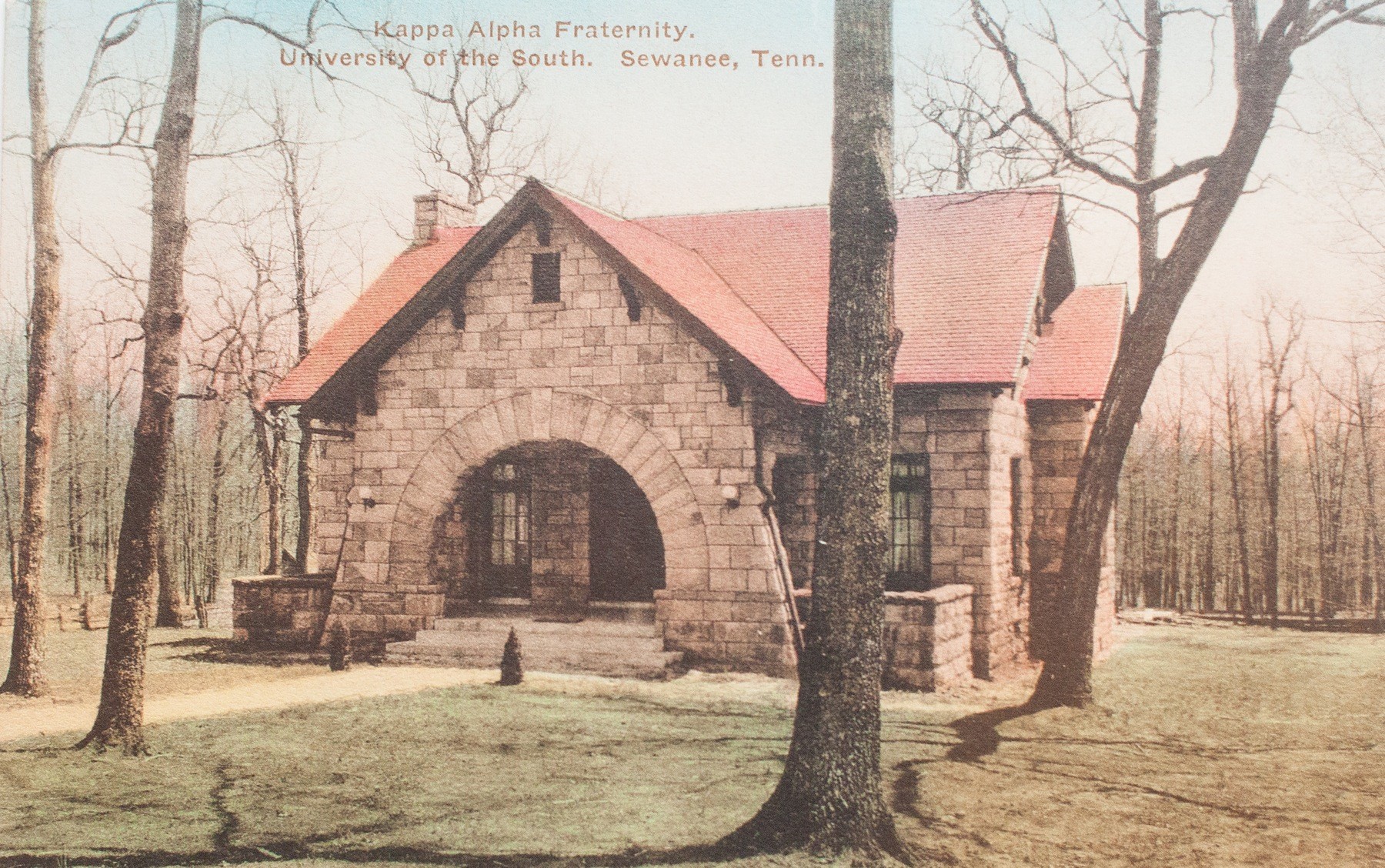 The first Kappa Alpha house in Sewanee was built in 1887. The house has retained its original arched entry even after three fires—1897, 1915, and 1972—ravaged the building. 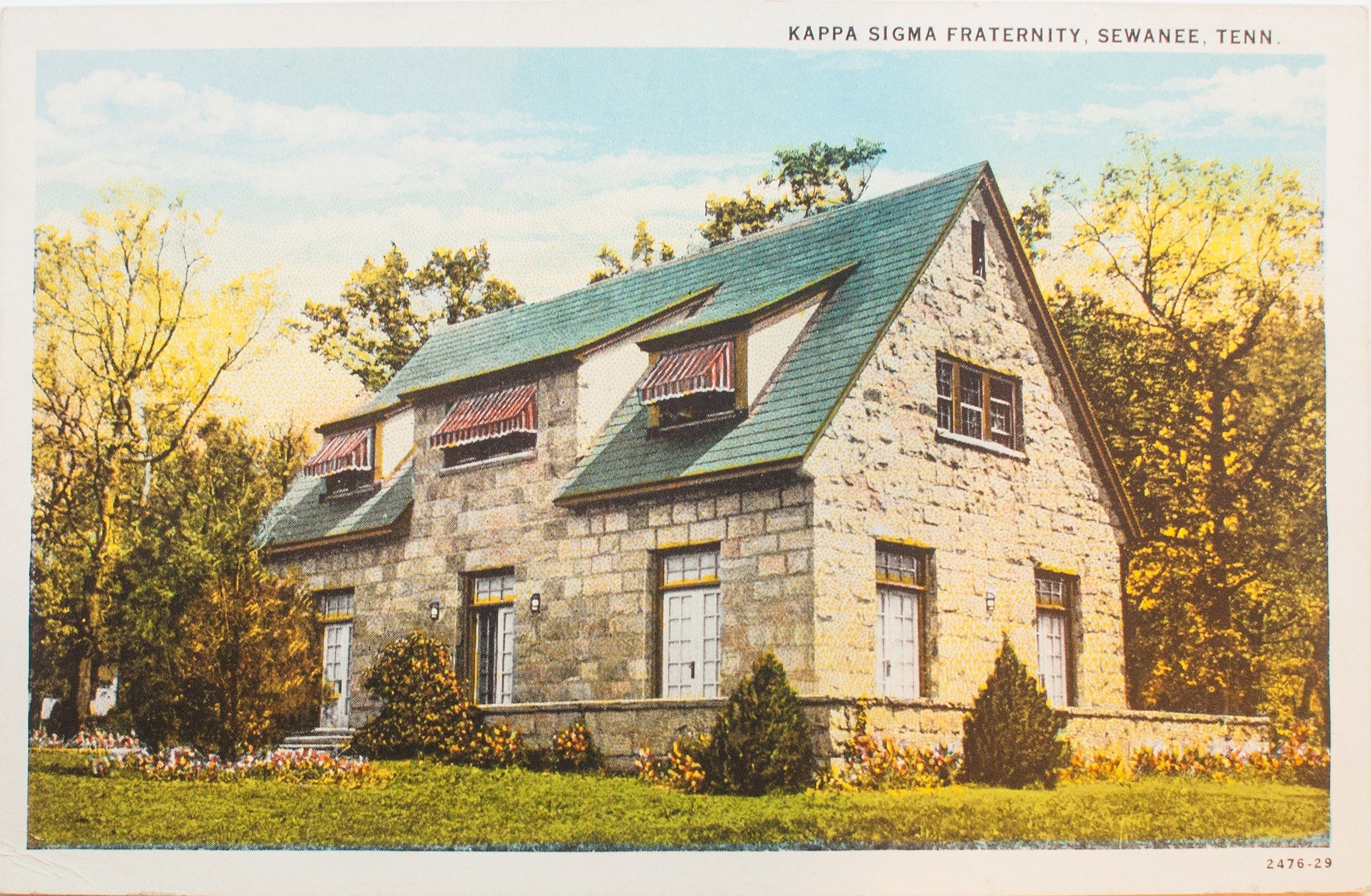 This 1929 postcard shows the Kappa Sigma house, completed in 1922, which now serves as home to University Archives and Special Collections. 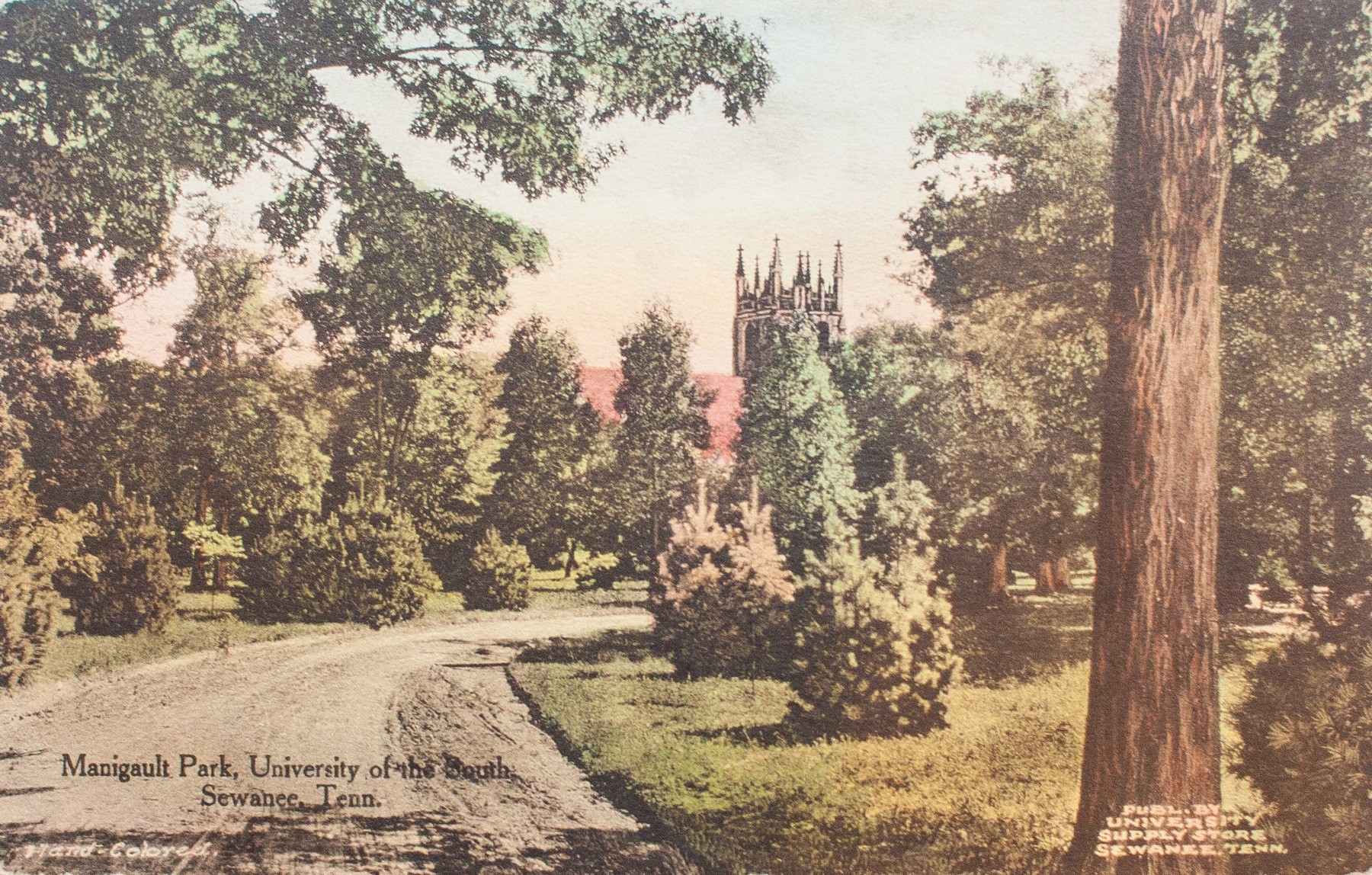 Manigault Park is named for Charlotte Manigault, who made the gift that funded the construction of St. Luke’s Hall for the School of Theology in 1876. 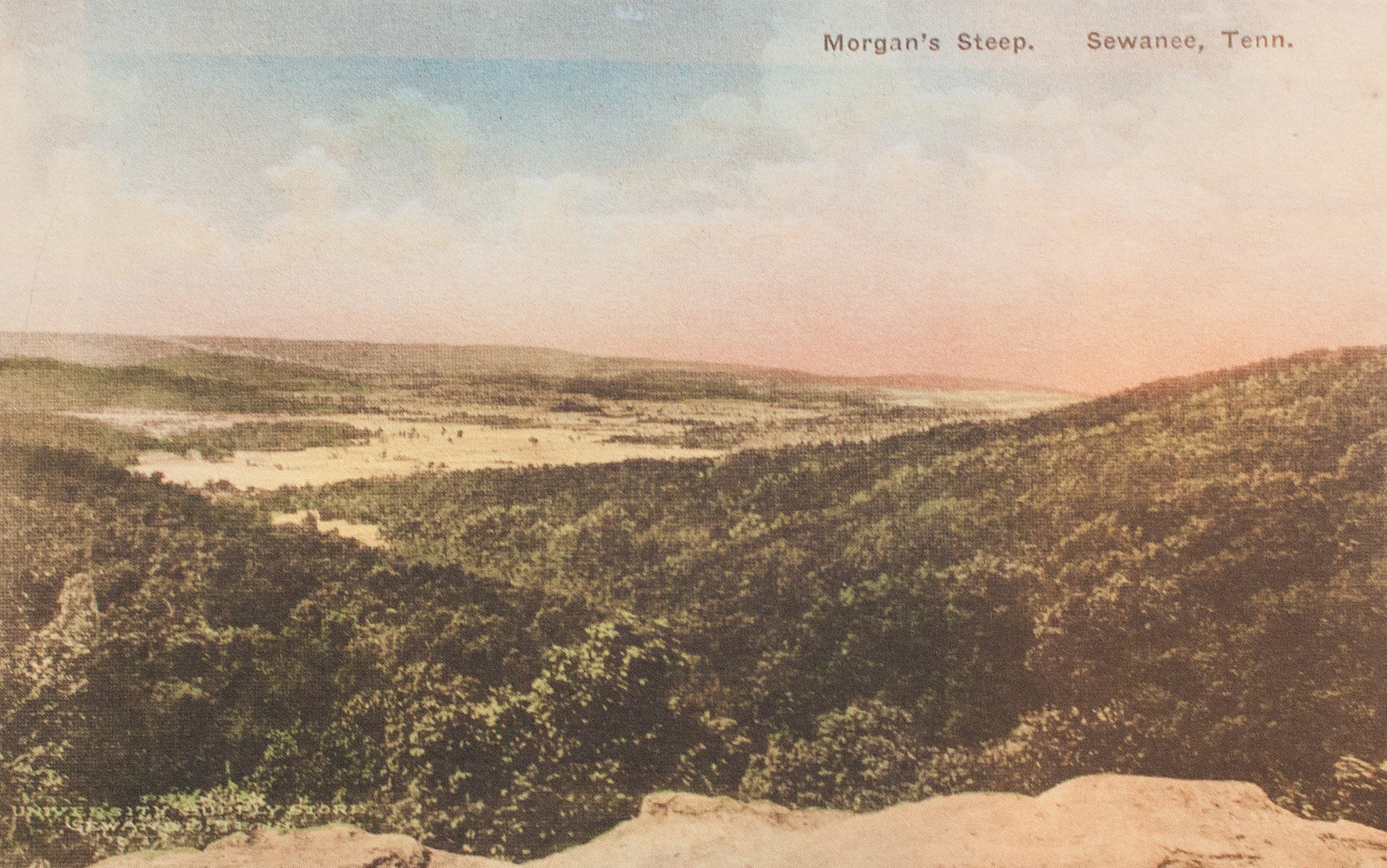 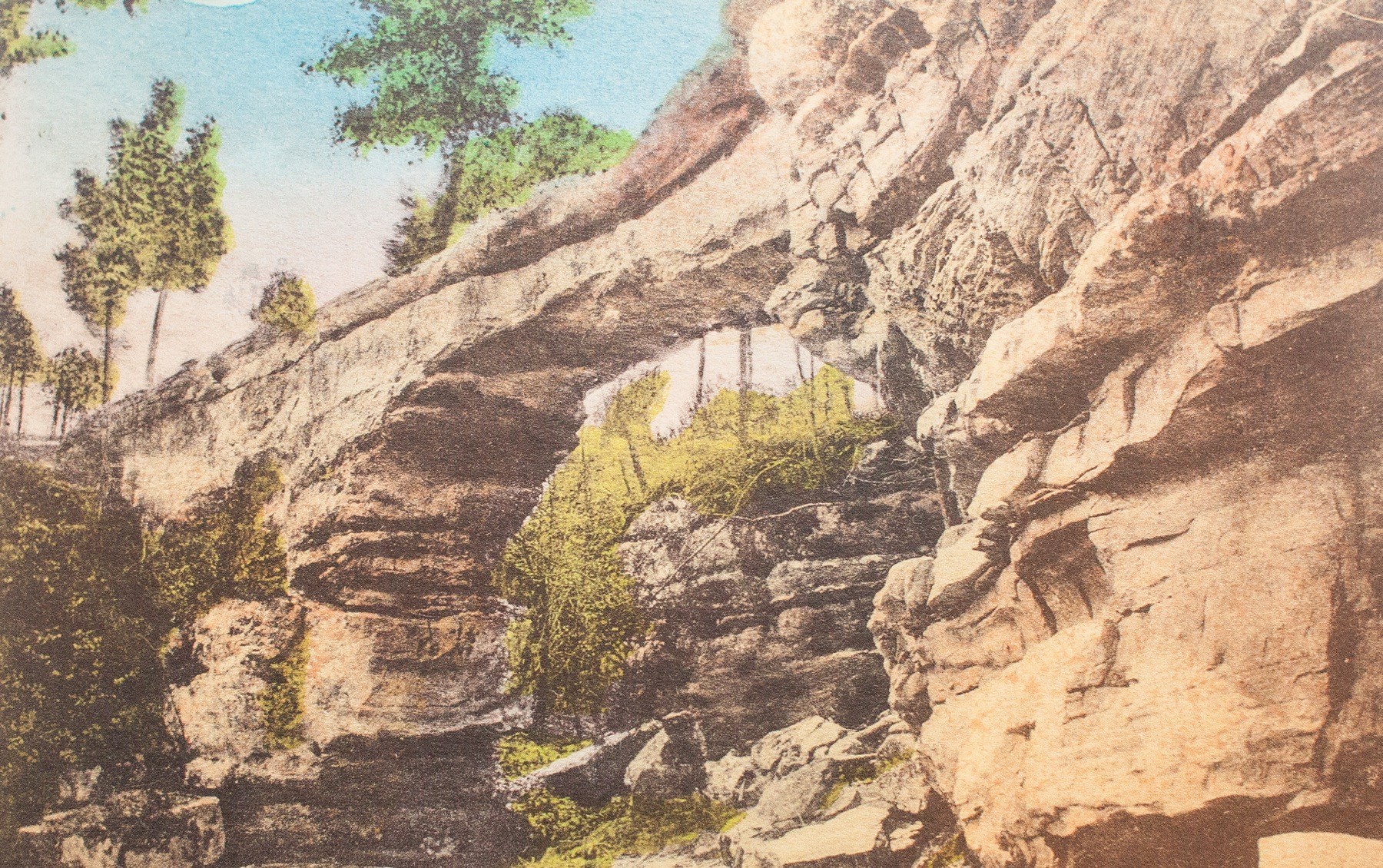 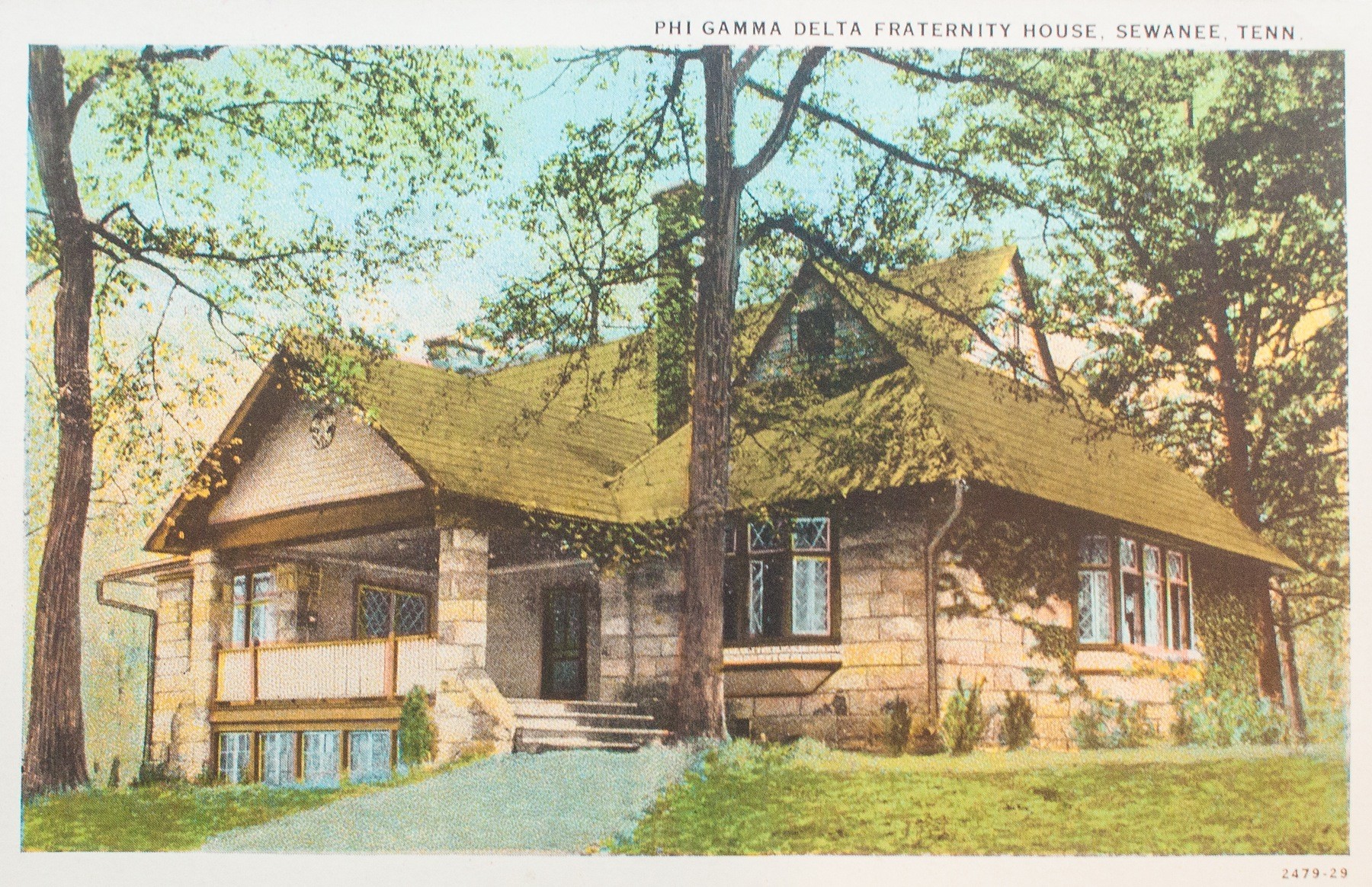 This 1929 postcard shows the original Phi Gamma Delta house, which was destroyed by fire in 1960.

This card, postmarked 1909, shows Quintard Hall between its construction in 1900 and when it burned in 1919. (It was rebuilt by 1924.) Quintard contained classrooms and dormitory space for the Sewanee Grammar School, later the Sewanee Military Academy. 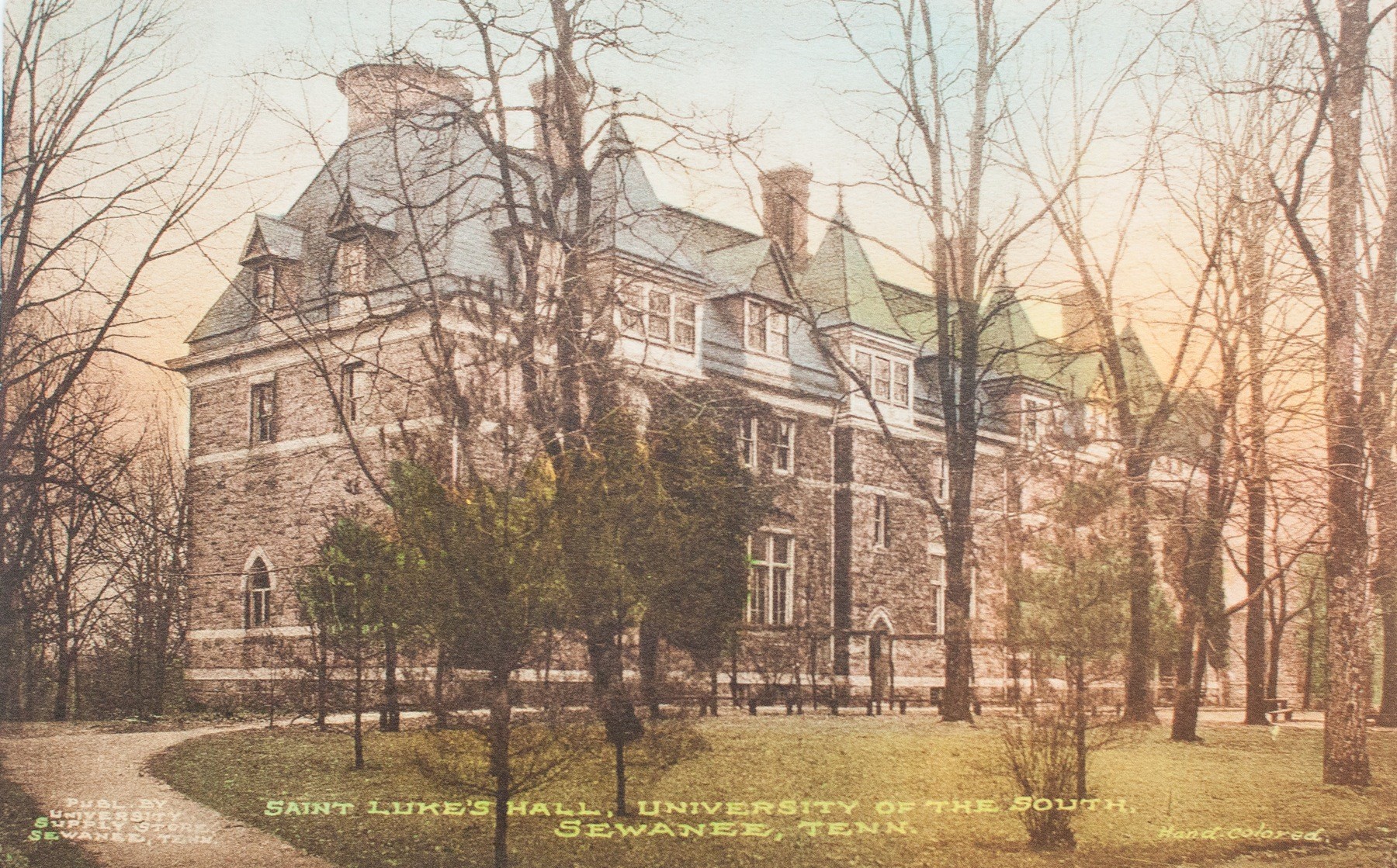 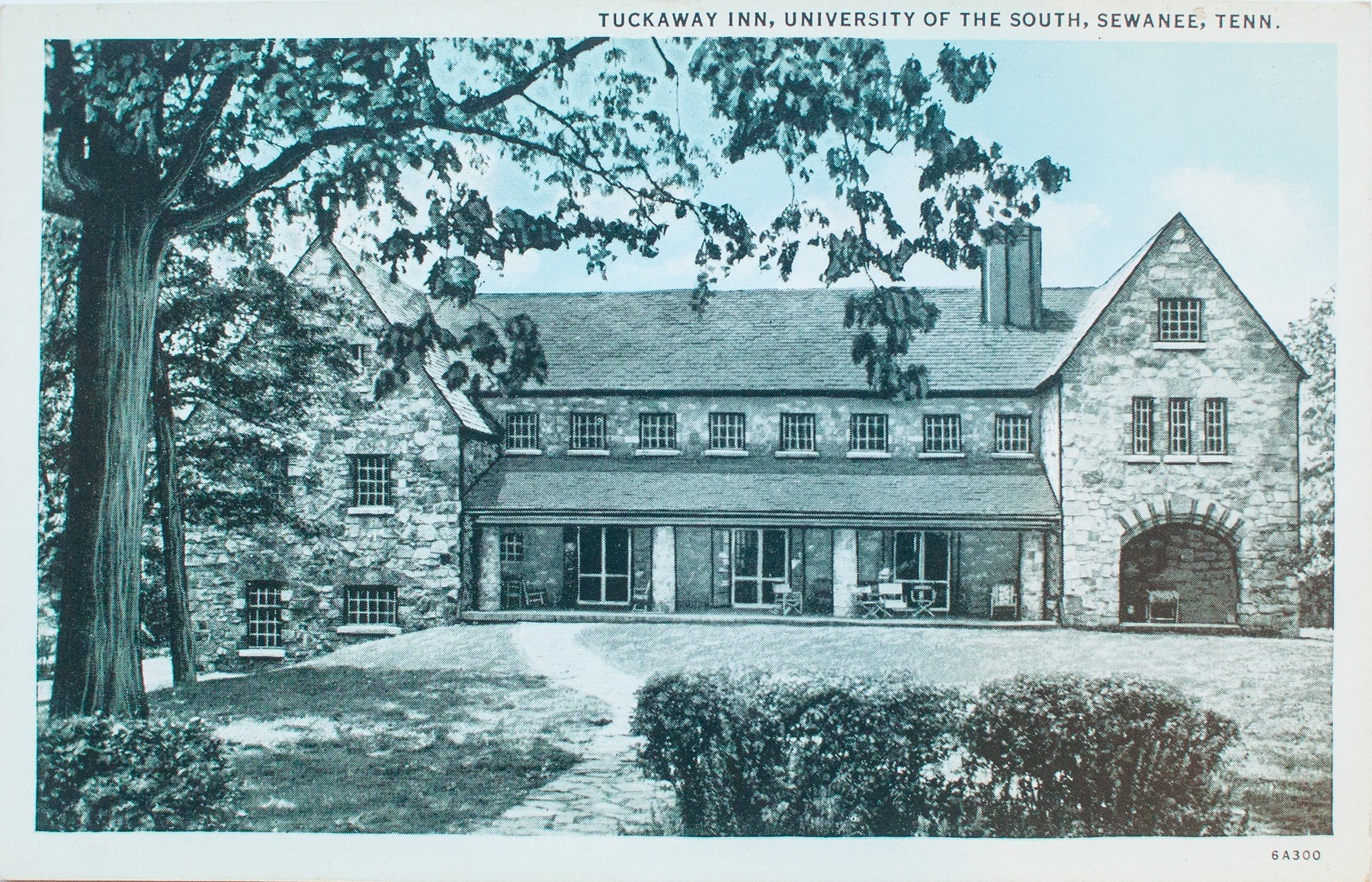 This 1936 postcard shows the Tuckaway Inn, which served students and guests until becoming a University residence hall in 1957. 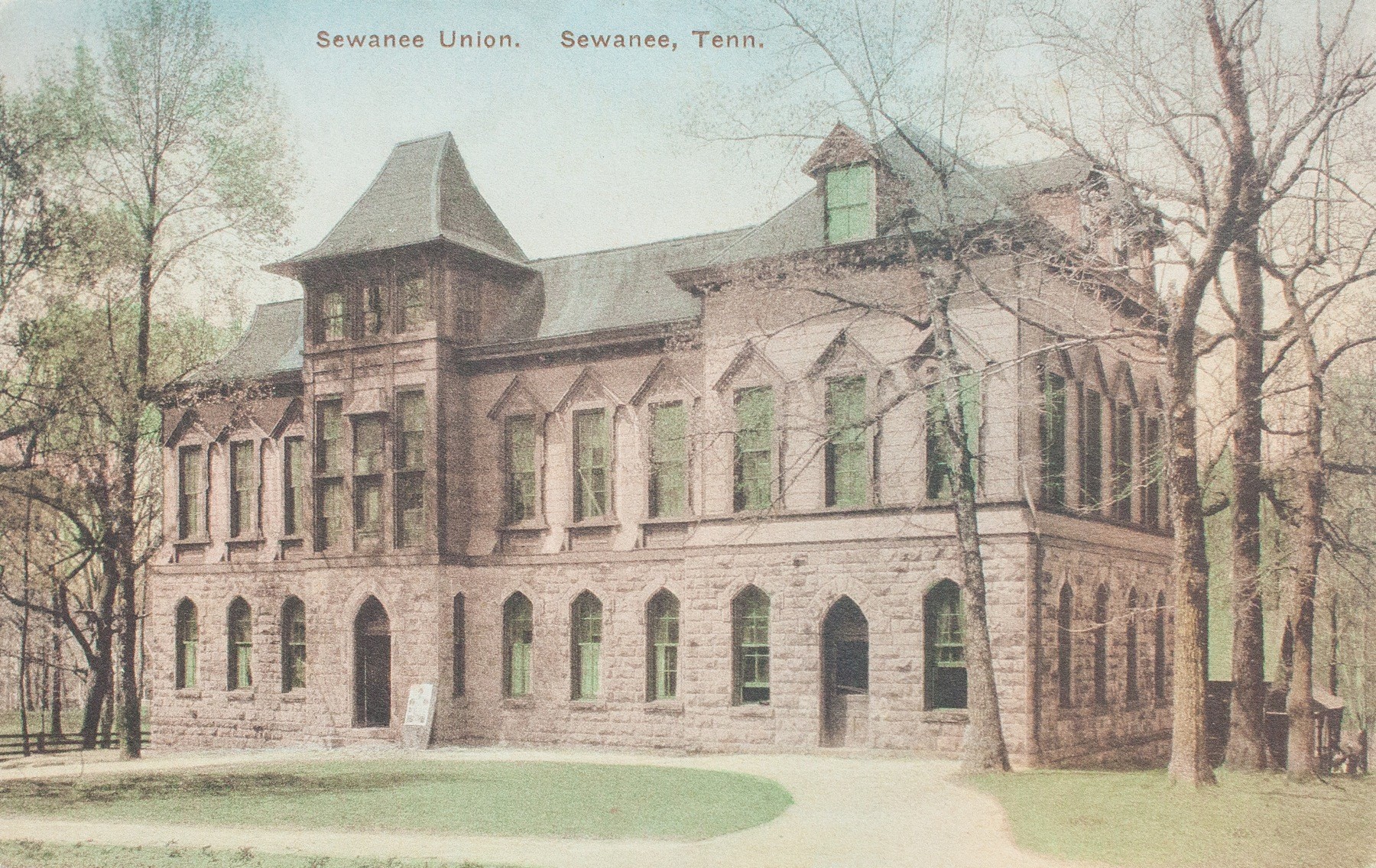 Thompson Union served as the University’s student union beginning in 1917. Fire destroyed its upper floors in 1950.