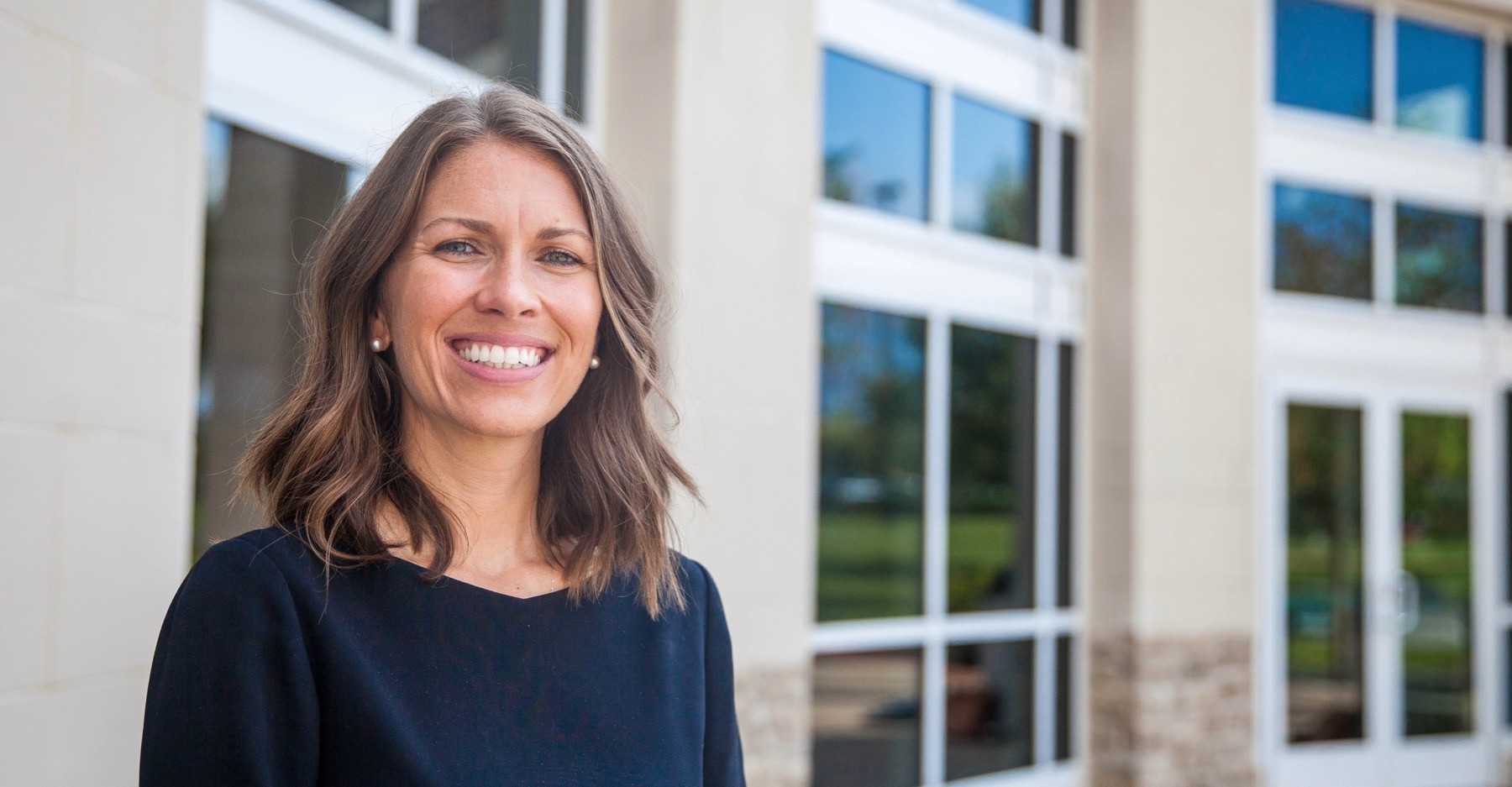 Krissy DeAlejandro is the executive director of tnAchieves. Photo by Buck Butler

Paving the Way to College

K rissy Walker DeAlejandro, C’01, stood at the top of the stairs in Hoffman Hall and watched her parents leave. It was 1997, and the freshman—the first in her family to attend college—wondered if coming to Sewanee was the wrong decision. Suddenly her home in small, rural McMinnville, Tennessee, not quite an hour north of Sewanee, felt a million miles away. Now, two decades later, DeAlejandro works with high school students, many with a story just like hers, to help them navigate the complicated world of applying to and paying for college. She is the executive director of tnAchieves, a Knoxville-based nonprofit dedicated to increasing higher education opportunities for high school students in Tennessee by providing last-dollar scholarships and mentoring services. DeAlejandro and her team will assist more than 90,000 high school and college students this year.

In 2008, while serving as deputy chief of staff and overseeing workforce development for then-Knox County Mayor Mike Ragsdale, DeAlejandro noticed many students in the area were not continuing on to college following high school graduation. The majority of these students, often low-income and academically at risk, were also like DeAlejandro: No one else in their family had attended college. “We wanted students to talk about where, not if, college was an option,” says DeAlejandro. “We built knoxAchieves to eliminate the barriers to post-secondary education to this population of students."

The program, which would become tnAchieves after quickly expanding beyond Knox County, still stands today on the same three pillars on which it was started. Eligible students are supplied with last-dollar scholarships—the remaining funds needed for tuition after grants and other scholarships are applied—through private donations. In addition to financial aid, tnAchieves recruits and trains thousands of volunteer mentors, each assigned to students to help them navigate tasks like filling out the Free Application for Federal Student Aid (FAFSA). In exchange, students are required to give back to their communities through at least eight hours of community service each semester.

“College changed my life,” says DeAlejandro, now married and the mother of three young children. “Neither of my parents went to college. They were both super supportive, but they didn’t know what to tell me to expect. I didn’t know who to call to ask questions. [Attending Sewanee] forever changed a cycle in my family.” For DeAlejandro, moving from a career in local government to her role at tnAchieves has allowed her to give other students what wasn’t available to her. Today, she is able to ensure more families are changed for the better.

Because those early days and months at Sewanee were not easy for DeAlejandro, she has a deep understanding of what many of the students who come through the tnAchieves program are up against. Despite graduating at the top of her class in high school, DeAlejandro quickly realized Sewanee would not be like her small-town school. “Not only was I socially ill-prepared, but I was also academically ill-prepared. I wasn’t prepared for the rigor of Sewanee,” she says. “My very first paper, the professor wrote at the top, ‘Have you ever written a paper before?’”

With some big hurdles to overcome at Sewanee, DeAlejandro forged ahead. “You make a decision: I’m either going to dig in and make this work, or I have to give up and leave.” Though it was a crushing blow at the time, now she laughs as she retells the story of that first paper. She shares her college experiences with the students and parents she meets as she travels around the 85 Tennessee counties where tnAchieves is active.

“Today, at 38 years old, running this nonprofit that’s a model for the country, I’m unafraid to say, ‘I don’t know. I need your help so I can get 60,000 students through this pipeline every year.’” She credits Sewanee for that fearlessness. “I wasn’t going to be the smartest, or the most fluent in what it means to be a college student, but I could be the most aggressive in terms of asking for help. Now I try to give that back to kids.”

In 2014, Tennessee Gov. Bill Haslam, who helped DeAlejandro launch knoxAchieves during his term as mayor of Knoxville, introduced the Tennessee Promise program. Rolled out under his Drive to 55 initiative, a goal to achieve 55 percent post-secondary completion in Tennessee by 2025, the Tennessee Promise program encourages high school seniors to apply for two years of tuition-free attendance at a community or technical college in Tennessee. When it was time to launch, he turned to tnAchieves and DeAlejandro for partnership. Through their joined efforts, Tennessee has led the nation in FAFSA filings for the past three years, and each year more than 16,000 high school seniors enroll in a post-secondary institution as part of Tennessee Promise.

DeAlejandro, her staff of 15, and a team of more than 7,500 volunteer mentors will help ramp up another 60,000 Tennessee Promise enrollees this year. “Our mentorship program is designed for even the busiest individual to make an impact,” says DeAlejandro. “It’s prescriptive—one hour a month. You’re assigned five students, and you’re making sure they’re meeting deadlines and providing encouragement.” Mentors also help educate students and their parents on what college can mean, whether that’s a traditional four-year school, community college, or technical school. “There are all these different options. [College] is training after high school.”

tnAchieves students are graduating at a rate 50 percent higher than state averages, and they’re doing it debt-free. Ninety-four percent of tnAchieves students report they completed their post-secondary programs with zero debt. As part of its commitment to be more than just a financial resource for students, tnAchieves asks students to give back to their communities. Since the program’s inception, tnAchieves students have volunteered more than 1.4 million hours of their time in community service.

These days, DeAlejandro is on the road, traveling from county to county ensuring parents, teachers, students, guidance counselors, and others know about all that tnAchieves does. “Going to college was a lot of figuring out everything on my own,” says DeAlejandro. “Now I get to use that experience to show others they don’t have to figure this out on their own.”