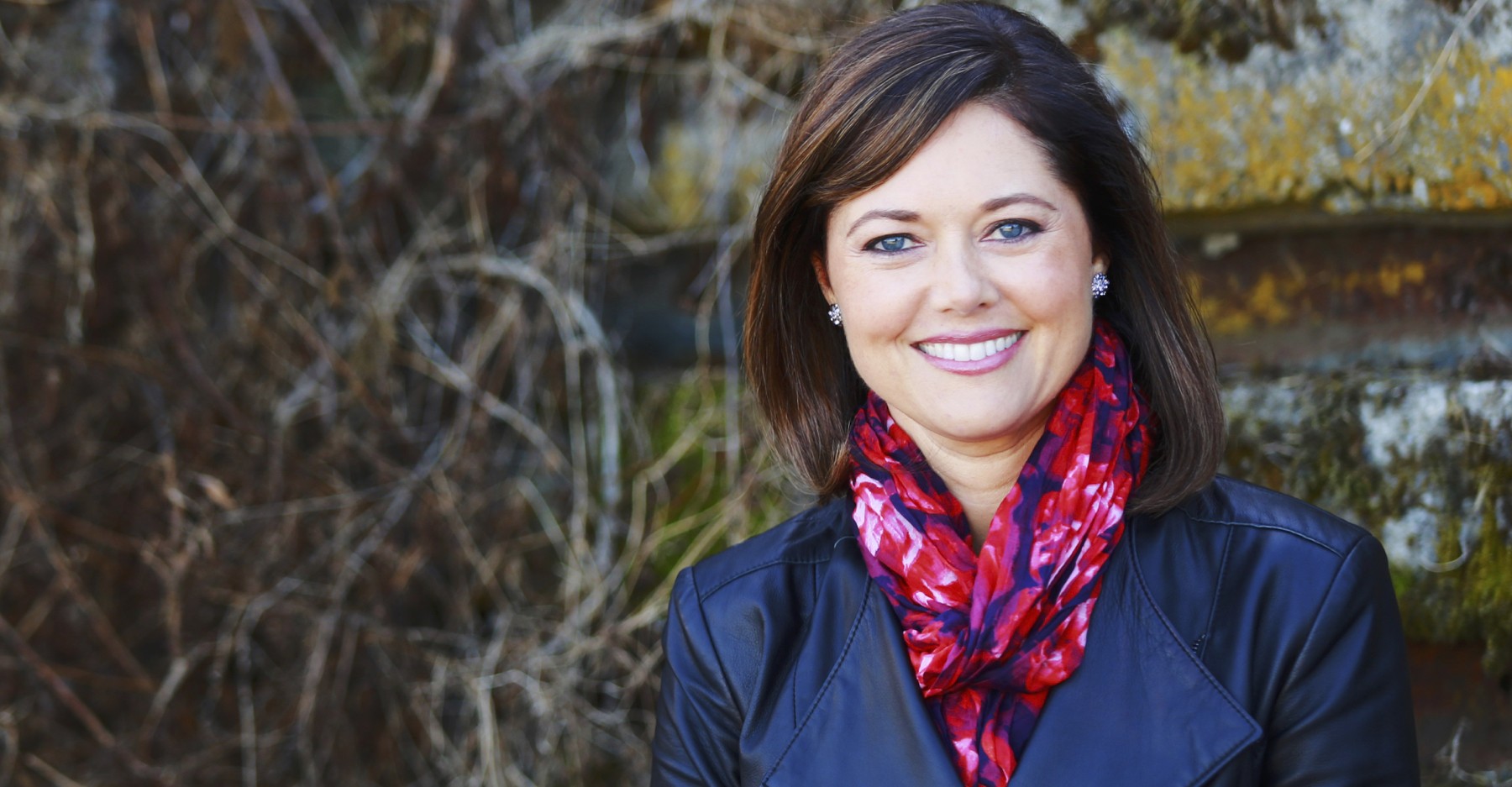 With a popular podcast, best-selling books, and hard-earned lessons from her own life, Laura Adams, C’90, has built a loyal following for a kinder, gentler brand of personal-finance advice.

While more than one personal-finance expert has grown a fanbase by combining money smarts with a sharp tongue, Laura Adams, C’90, also known as the Money Girl, prefers a different approach. When it comes to helping people take control of their money, Adams believes in equipping people with information they can use to help themselves. No soapboxes, no grandstanding, just practical advice and insights to fill in the gaps of their own experience and knowledge. And kindness—lots of kindness.

Adams is host of the Money Girl podcast. Started in 2008 and downloaded more than 40 million times since then, it’s the primary hub from which she reaches her legions of loyal followers. With each episode “a mix of motivation and education” and “a little training session,” Adams has earned a reputation as someone who can make complex financial topics easy to understand.

But before Adams became a personal-finance expert, her own money was a mess. Like so many of her listeners, she was in over her head when it came to figuring out her finances. So she got to work making changes, never knowing it would turn into a career as a popular podcaster, award-winning author, speaker, and media spokesperson.

Originally from the Charleston, South Carolina, area, Adams grew up hearing about Sewanee from her great-uncle, Norwood Harrison, who graduated in 1938. Adams found herself attracted to the idea of a more remote locale with a landscape uniquely different from that of coastal South Carolina.

It was Sewanee’s geography that would also soon redirect her coursework. First an economics major, Adams couldn’t help but feel like she was missing out on the some of the best of what Sewanee had to offer. So she became a natural resources major.

“[My major] forced me to get outside, hike, and see the vast campus—to experience the geology and biology of it,” she says. “There was so much natural beauty around me, and it was so incredible.”

The business bug never fully left Adams though, and after graduation she got involved in real estate, flipping houses. In the years that followed, she and her husband, Adam Adams, C’91, opened their own successful floor-covering business in Florida.

But Adams wanted to dig deeper, so she enrolled in the University of Florida’s MBA program.

“I was doing a lot of business hands-on, and I felt like if there was more to learn, I wanted to know what that was,” she says.

It turned out to be the right move because it was in graduate school that she discovered an important piece of information—one that would set her up for the career she has today.

“A lot of people in my program were very successful in their careers—CEOs and CFOs. Many of them had had great success and had multiple masters’ degrees, but they were really struggling with their personal finances,” says Adams. “They were dealing with a lot of debt, they were dealing with indecision about how to manage their money properly, and they were at a disadvantage because they’d never really thought a whole lot about personal finance.”

It was a lightbulb moment for Adams.

And she had another realization. It was one thing to go to school and study how to manage a business’s money, but nowhere in that process was anyone really teaching how to manage your own money. Adams was her own perfect example. She had an MBA, but no one had ever taught her about credit or debt, taxes, insurance, or any of the components of personal finance.

Despite always having had an interest in personal finance, she was no less susceptible than the rest of us to some of the most common money pitfalls. Reading up on best practices for managing money didn’t stop Adams from making her own money mistakes in the years after college. She took vacations she couldn’t afford, bought things she didn’t need and put them on credit, and rented apartments that busted her budget. In theory, she knew better but wasn’t actually able to do better day to day.

The stress of it all finally caught up to Adams shortly after she and Adam were married. They made a commitment to pay off her debt and start managing their money responsibly.

In graduate school, on the other side of her own money trouble, she saw the same scenarios playing out in her colleagues’ lives. And she thought maybe she could help.

After earning her MBA in 2005, Adams started a personal-finance blog. Still in its nascent phase, blogging was the perfect low-stakes platform for Adams to find her voice. It gave her an outlet to explore the topics she was already interested in, deepening her understanding of them, and, with any luck, helping a few readers along the way.

Around this same time, podcasts were starting to enter the media mainstream. And Adams, a self-proclaimed audiophile, couldn’t get enough of them.

“I had this little iPod Shuffle, and I loaded it up with probably 50 different podcasts,” she recalls. “And I realized, ‘Hey, I can do this. I can turn my blog into a podcast.’ Maybe people would rather hear about a topic than read about it.”

With no prior experience in audio engineering or radio, Adams taught herself how to produce a podcast and launched her first show in 2007. Less than a year later, the Quick & Dirty Tips podcast network approached Adams about moving her show to their platform and becoming their personal-finance expert. The Money Girl podcast was born.

“I had no expectation that it would lead to anything,” says Adams. “But I thought, I’ll join this network and see if it turns into something bigger.”

Sponsors started taking notice, the show was getting more attention, and revenue was coming in. In 2008, the network offered her a book deal, including several audiobooks and e-books. With the publication of Money Girl’s Smart Moves to Grow Rich, Adams quickly honed her publicity skills, landing her more on-air interviews, live speaking engagements and brand partnerships. Her first book also won the 2011 Excellence in Financial Literacy Education Award from the Institute for Financial Literacy.

As Adams’ new career continued to grow, so did her podcast audience. Today, the Money Girl podcast, which still produces a new episode each week, is one of the top-rated personal-finance podcasts.

In 2018, Adams published her latest book, Debt-Free Blueprint: How to Get Out of Debt and Build a Financial Life You Love. Later this year, she’ll publish her first book about small business management.

“I think a lot of people are realizing they can’t always depend on an employer for their livelihood,” says Adams. “I’m super excited about helping people launch their own small businesses, whether it’s a full-time business or side hustle. Or if they just want to know how to manage their existing business better.”

It’s this desire to help others that drives Adams and sets her apart. She understands firsthand that whether it’s trying to get out of debt, build a budget or start a small business, if you’re stressed, it’s a lot harder to make good choices and manage money well. Adams doesn’t want to talk down to people or assume they already know something they don’t.

“I’ve never enjoyed advice that is harsh or mean. I think if you’re going to learn something, you need to feel like it’s empowering you, not making you feel bad,” she says.

“I’ve always come at this from the perspective that if you give people the knowledge and education that they need, they can make their own decisions.”