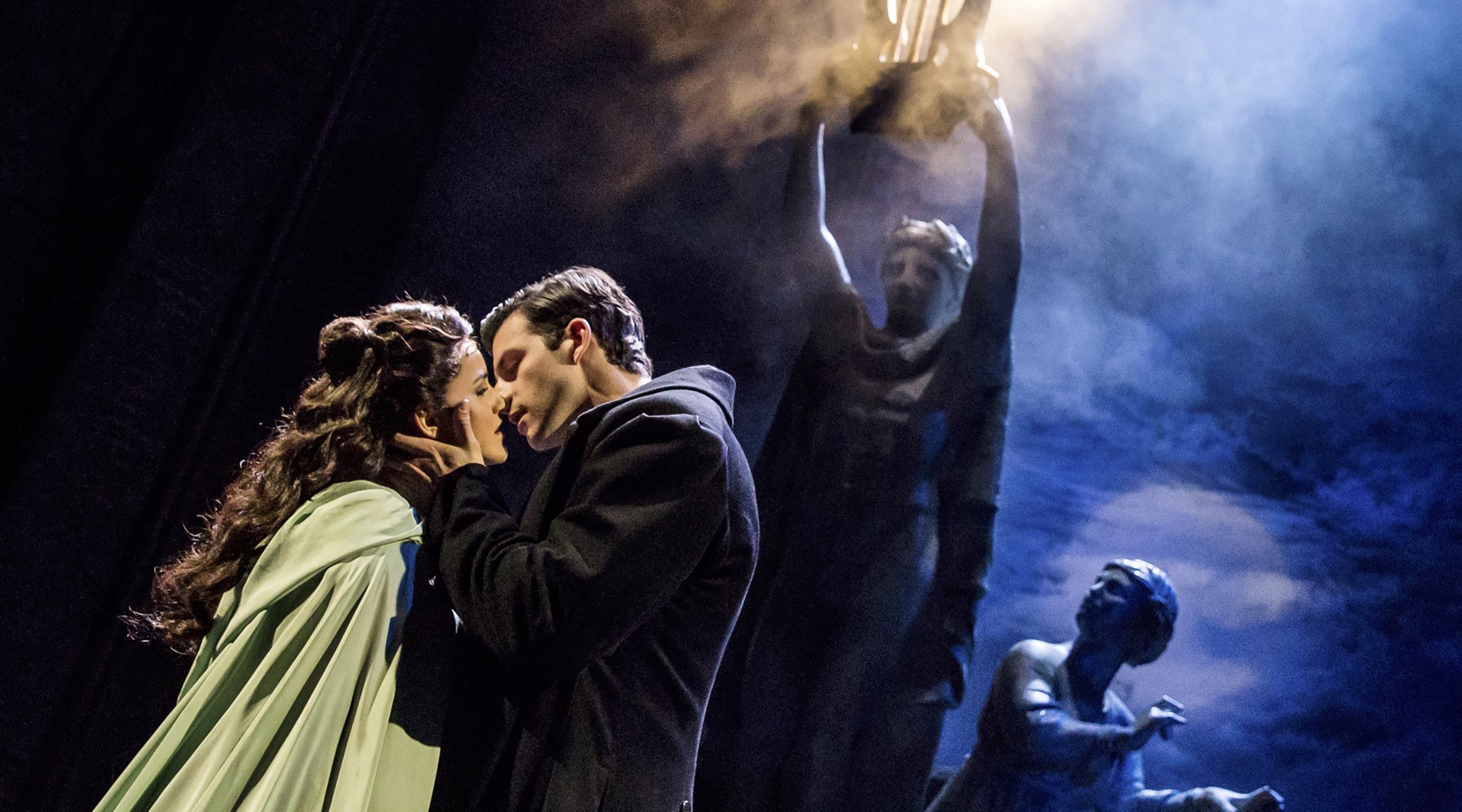 Jordan Craig, C'11, plays Raoul in The Phantom of the Opera.

Sewanee theater grad Jordan Craig, C’11, was on the verge of giving up acting. Then the Phantom called.

Jordan Craig, C’11, was on his way to a job interview when he got the phone call of a lifetime. At the time, he was working two jobs and was on a crowded bus in New York City en route to an interview for a third job when he answered a call from his agent.

“My agent calls and asks what I’m doing,” Jordan says. “I’m a little discouraged at this point—almost ready to give up theater altogether. Then my agent asks, ‘Would you rather not be going to that interview? How would you like to be in The Phantom of the Opera instead?’ I can’t remember exactly what happened in that moment, but I remember screaming in excitement and jumping off the bus at the next stop. Needless to say, I didn’t make it to that interview.”

Craig got off the bus that day and began a journey that would top many actors’ bucket lists. Joining the company in a lead role, Craig is now touring around the country in Andrew Lloyd Webber’s The Phantom of the Opera.

“There’s a legacy here,” Craig says. “It’s the most successful theatrical endeavor in human history. Period. And I’m getting to play a lead role in it. Phantom has grossed roughly $6 billion worldwide in its 30-year run. This is truly a dream come to life.”

Craig has loved the arts for as long as he can remember. A Houston native, he came to Sewanee and attempted a more traditional approach to a career path. Choosing English as his major, Craig focused on academics for a while, a trajectory that seemed to steer him away from theater. But his love for the art kept bringing him back to his true passion. With support from his family, Craig decided to double major in English and theater—a curricular combination he says influences him on a daily basis.

“The well-rounded education I got at Sewanee was crucial,” Craig says. “As an actor, I am called to play many different things, and I always seem to have—no matter what it is—some sort of knowledge about the role. No matter the characters, you have to understand their job, their history, and the era they’re living in. My education from Sewanee has informed every single job that I’ve ever had as an artist.”

Craig recalls a particularly useful class he took while at Sewanee: Accent Study, a course that helps students master the international phonetic alphabet and apply it to scenes written in various dialects.

“I love using accents when acting,” Craig says. “To really pick apart language and differentiate between vowel sounds in say Liverpool versus Ireland—that’s fun and fascinating to me. Accent Study was a great class that has helped me a lot along the way. Every role requires some sort of dialect mastery.”

Craig’s roles have definitely been varied. Between graduating from Sewanee and being cast in The Phantom of the Opera, he’s taken a range of different gigs. After college, he worked with Georgia Shakespeare in Atlanta. Then, he spent several years in regional theater companies in the Atlanta area before deciding to make the move to the Big Apple. While in New York City, Craig worked for Royal Caribbean International as a cruise ship actor playing a popular role in the musical Hairspray. The Oasis of the Seas cruise ship is also where he met his wife, a Russian national champion synchronized swimmer.

Together, Craig and his wife are now traveling around the country with The Phantom of the Opera company. Traveling can be taxing, Craig admits, but the rewards of being part of a theatrical sensation makes this extended road trip worthwhile.

“There is an attraction to this show that crosses boundaries,” says Craig. “Religious lines, socio-economic lines, political affiliations—they don’t exist. Our cast isn’t getting up on a pedestal and telling the audience how to feel or what to believe. This show is about archetypes—lust, love, betrayal, laughter—and we attract such a diverse audience because of that.”

The Phantom of the Opera is a musical based on Gaston Leroux’s novel published in 1909. The Phantom, known also as the Opera Ghost, was born with a hideous facial disfiguration which left him orphaned and abused by a traveling freak show. Seeking asylum in the dungeons of a 19th-century Parisian opera house, the Phantom wears a mask and broods alone with his genius. He isolates himself and manipulates the inner-workings of the opera house, leaving threatening notes and making mysterious demands. Infatuated with a chorus girl named Christine, the Phantom devotes his life to being her vocal tutor. The relationship turns to obsession as the Phantom seeks to cure his loneliness with his new protégé and love interest. Meanwhile, Christine reunites with her childhood friend and lover, Raoul. The relationship sparks a wild jealousy within the Phantom, and he plots theatrical revenge.

Craig plays Raoul, the Phantom’s archenemy. Though the obvious and practical choice for Christine, Raoul is a character shadowed by the allure and genius of the misunderstood outcast of the opera. And Andrew Lloyd Webber’s mesmerizing score has audiences illogically rooting for the monster.

“Music of the Night,” arguably the most popular song in Webber’s score, is the Phantom’s anthem. Luring Christine with bewitching lyrics, the Phantom bids her to “let the dream begin, let your darker side give in,” a request that’s both daunting and enthralling.

“A lot of people are Team Phantom—I understand,” Craig laughs. “But let me give you my argument for Raoul. For me, Raoul represents a lot—like respect and healthy boundaries. Basically, he doesn’t have a creepy murder dungeon. No doubt he’s a privileged aristocrat, but considering the other option, Raoul is a wise choice for Christine. On the other side of the argument, Phantom embodies what it means to be marginalized or pushed aside for being different. That can do harmful things to a person’s psyche.”

Craig shares his method for acting—especially when his roles are not necessarily the heroes or best-loved characters.

“When you play a part in a show, you have to embody the person,” Craig says. “You have to see the show from their perspective. I could be playing the most evil character on the planet, but I have to believe that I’m the good guy. Otherwise, no one will believe my performance.”

The North American Tour of The Phantom of the Opera recently celebrated its 2,000th performance in Nashville. Then, Craig and the rest of the cast headed west to his hometown in Houston, Texas.

“I can’t tell you how excited I am to be bringing this show home,” Craig says. “It’s a dream that has come full circle.”