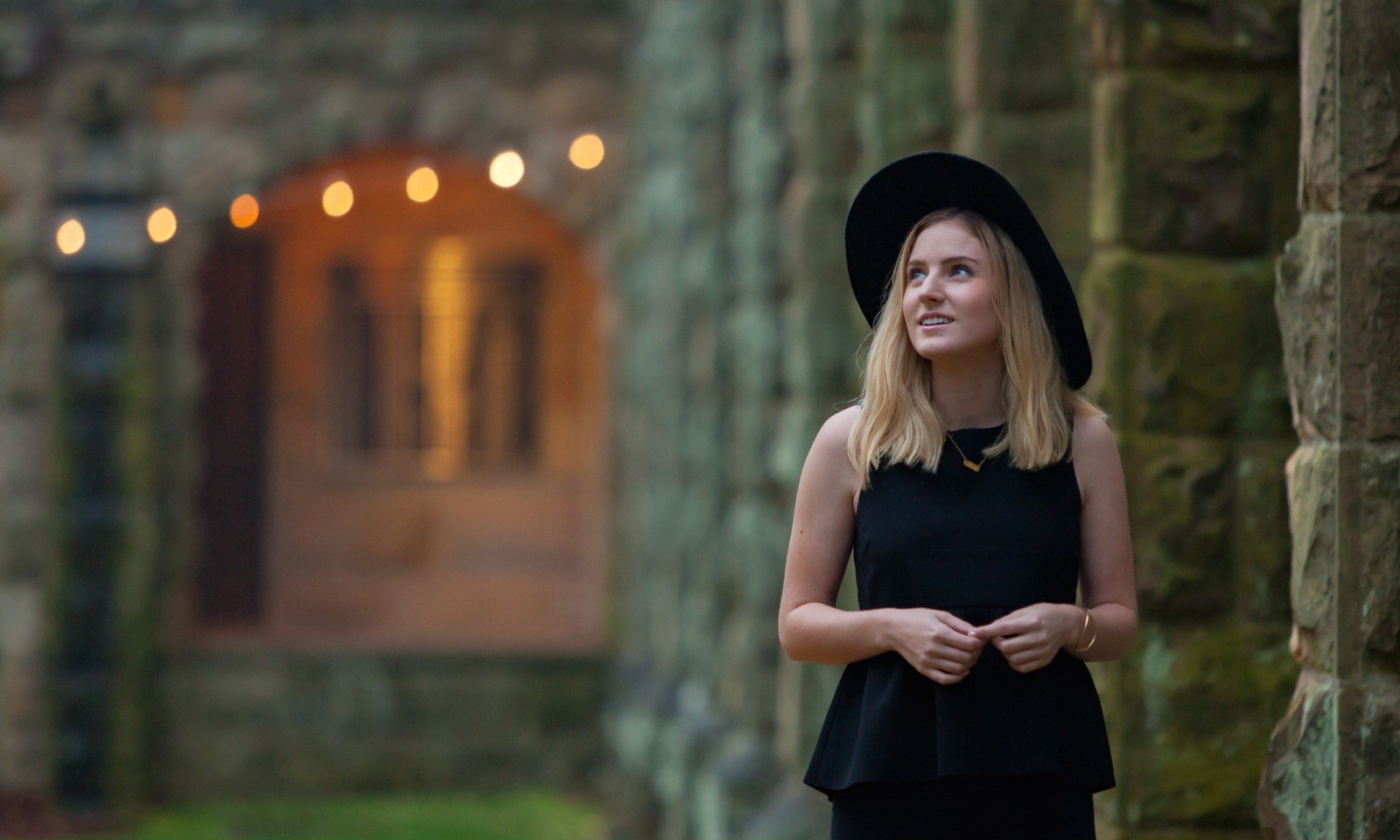 With a distinct sense of style and a willingness to share personal stories, fashion blogger and Instagrammer Bess Pearson, C’18, finds an audience—and a business—online.

L ike most 19-year-old college students, Bess Pearson juggles homework, summer internships, Greek life, and emails from her mom. From being president of the College Democrats to majoring in art history, Pearson is taking advantage of everything Sewanee has to offer. She eats at Stirling’s and hikes to Morgan’s Steep. She takes weekend trips to Nashville and shares selfies online. Unlike most 19-year-old college students, however, she has 13,000 people watching her do it.

Pearson is a fashion blogger and Instagram icon who shares her personal sense of style and thoughts on everything from college life and politics to feminism and healthy eating on social media. Since she started blogging during her junior year of high school, she has accumulated nearly 1,000 followers on her blog and close to 13,000 on her Instagram feed. That’s the kind of audience that makes businesses take notice, and fashion brands often pay Pearson to tag them in her posts.

These companies—clothing lines and retail stores—find Pearson through Instagram, email her requests to be featured in her posts, and then pay her in money or clothes. More often than not, Pearson refuses these requests because they don’t fit her personal style. She says she has to feel strongly about a product before she’ll endorse it with a post and encourage her readers to try it.

“I want this to be a platform where I can be true to myself, as opposed to just making money off of it,” she says. If glowing comments and number of likes are any indication, her readers appreciate the honesty.

Why has her blog become so popular? “I honestly couldn’t tell you,” Pearson says. She thinks it has something to do with the way she weaves her personal experiences into her posts. Unlike many bloggers, who don’t reveal much about their personal lives, Pearson is an open book.

“I like blogs where the people are living life. They aren’t just posting things. They are doing and experiencing them,” she says. “At the end of the day, readers are looking for something they can identify with and someone who knows what they’re going through.” Pearson gives that to her readers by making her posts intimate and relatable. Even the name of her blog, Evergreen & Ivy, has personal significance: “Evergreen” for Pearson’s hometown of Denver, Colo., and “Ivy” for Sewanee.

Though Pearson started blogging in high school, her blog really took off when she came to Sewanee. She thinks a college-aged blogger is relatable to a wider audience than one in high school. Her posts and experiences appeal to both younger and older readers now.

When Pearson looks back on older posts, she tries not to feel embarrassed. Though she admits she has taken down some of her earlier posts, she enjoys reading some of them as insight into her younger self. “It’s an interesting way to watch yourself grow up,” she says.

As Pearson has grown up, so has her blog. She changed its name from Belles in Bows to Evergreen & Ivy, and evolved from writing exclusively fashion-related posts to sharing recommended reading lists, her thoughts on politics and feminism, and advice for college freshmen. She writes about self-confidence and opens up about her own struggles with body image. “I recognize that I’m not alone in most of the things I’m going through,” she says. “And since I can share my experiences with a large group of people, I feel like it’s my responsibility to do that.”

Pearson says she was nervous the first time she opened up online, because she had never talked candidly about her self-confidence and body-image issues or made herself vulnerable to a public audience. Knowing that she might be able to inspire her readers battling similar issues helped her overcome her fears. “I did it for myself, but also for my readers dealing with the same thing,” she says. “I got this flood of emails afterward from people thanking me and saying that after reading my post, they finally talked to someone about what they were going through.”

Pearson makes a conscious effort to maintain a positive, confident tone on her blog, avoiding snarky comments and self-deprecating remarks because she has so many younger readers. “It can set a really dangerous precedent when you’re saying it’s OK to invalidate the way you look, the things you do, how you act, who you are.” Before writing a post, she thinks about what her readers might be going through and what she would tell her younger self. “What would I say to myself in order to get through it?”

It’s hard to believe that someone who frequently gets 900 likes on photos of herself would struggle with self-confidence, but Pearson worries about her image the same way as do most people who post pictures online. She also looks at photos of herself and hopes no one else ever sees them, or compares herself and her following to other fashion bloggers.

Though it is validating to receive hundreds of likes or comments on a post, Pearson says it can also be toxic. She reminds herself that the number of likes she gets on an Instagram photo has nothing to do with her self-worth. As she has started posting more personal content, she also feels more scrutiny. “It’s so much harder to be real and have to face people not liking you than when you’re putting on a persona,” she says. “It’s scary putting yourself out there.”

At the same time, Pearson says her online presence is only a small part of her life. Some people who read Pearson’s blog or look at her Instagram photos assume that’s all she is, she says. One problem she has faced is the assumption that, as a fashion blogger, she must be hyper-materialistic, when in reality, fashion blogging is just something she enjoys doing. She sees her blog as an outlet where she can write about things she likes.

Pearson also admits that having a large following of people she doesn’t know can be overwhelming at times. In a community as small as Sewanee, her peers often learn about her online presence before they get to know her. When someone tells Pearson they have read her blog, she feels flattered but also exposed. “Sometimes you forget that anyone can read it!”

Pearson doesn’t let her online fame go to her head either. She says that her friends and brothers make fun of her all the time and that her mom still emails her when she misses a comma. Though she hopes to add a few more features to her blog in the future, like a guide to her favorite places in Denver, she doesn’t envision a future as a world-famous fashion blogger.

“I don’t have this burning desire to be famous,” she says. “I just want a life well-lived.”