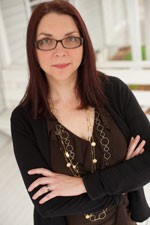 Sherry Hamby has taught at Sewanee since 2008. She is Research Professor of Psychology and Director of the Life Paths Research Program at the University of the South. She is also founding editor of the American Psychological Association journal Psychology of Violence, which has a top 10 ranking in Family Studies and Criminology, based on Impact Factor.

A clinical psychologist, she has worked for more than 20 years on the problem of violence, including front-line crisis intervention for domestic and other violence, involvement in grassroots domestic violence organizations, therapy with trauma survivors, and research on many forms of violence. She is the Principal Investigator of a grant from the John Templeton Foundation that focuses on the Laws of Life Essay program and is conducted from the Life Paths Research Program here on campus.

She is co-investigator on the National Survey of Children’s Exposure to Violence, which is the U.S.’s primary surveillance of youth victimization and the first national effort to measure crimes against children under 12 that are not reported to authorities. She conducted the first reservation-based study of domestic violence among American Indians and collaborated on Sortir Ensemble et Se Respecter, the first Swiss dating violence prevention program. She is a member of the Board of Scientific Counselors at the CDC’s National Center for Injury Prevention and Control and was selected in 2013 as a “Woman Making an Impact on Children’s Exposure to Violence” by the Safe Start National Resource Center, among other recognitions.

She is author or co-author of more than 100 works including her most recent book, Battered Women's Protective Strategies: Stronger Than You Know (Oxford University Press, 2014). The VIGOR is a new domestic violence safety planning tool.

In addition to teaching a course most semesters, Dr. Hamby supervises student research on violence and victimization. She has a particular love of mentoring Sewanee students in research. More than 30 current or former Sewanee students have worked on research projects with Dr. Hamby, leading to numerous conference presentations and publications.

Dr. Hamby’s research has appeared in the New York Times, the Huffington Post, the Christian Science Monitor, The Atlantic.com and hundreds of other media outlets. She also has a blog on Psychology Today.

Dr. Hamby lives in Sewanee, TN with her husband, Dr. Bardi (also in the Psychology Department) and two children.