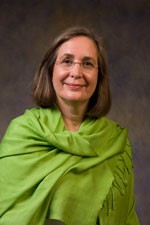 In 2018, Professor Macfie helped bring into being the Consortium relationship between Sewanee and the American Shakespeare Center. The ASC brings performances to campus, offers workshops for students and faculty while in residence, and invites students to participate in summer internships at their home base in Staunton, Virginia. In 2019, Professor Macfie joined the ASC Board.

Look for her essay, “The Play That Cracked Me Open,” in the fall issue of the Sewanee Review.