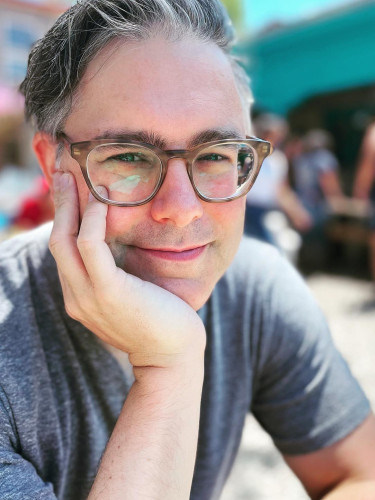 PROFESSOR and CHAIR OF ENGLISH AND CREATIVE WRITING

Matthew Irvin received his Ph.D. from Duke University, and his B.A. from the University of Chicago. He specializes in medieval English and Latin literature, and is the author of The Poetic Voices of John Gower: Politics and Personae in the Confessio Amantis (D.S. Brewer, 2014). He, with Stephanie Batkie and Lynn Shutters, are the editors of A New Companion to Critical Thinking on Chaucer (Medieval Institute Publications, 2021). He has written articles and book chapters on Chaucer, Gower, as well as fifteenth- and sixteenth-century literature and religion.

He is currently collaborating on a translation of Gower’s Vox Clamantis. His next monograph concerns the use of pity in fourteenth-century literature, entitled Ruthless Reading. Professor Irvin also has an interest in late medieval English drama, and has directed three medieval plays at Sewanee. He is Chair of the English and Creative Writing Department, and the former director of the Sewanee Medieval Colloquium.