Retired Admiral James Stavridis will give the commencement address during the University’s in-person College commencement service on Saturday, May 22.

The University of the South plans an in-person College commencement service on Saturday, May 22, for its Class of 2021. The ceremony for approximately 375 graduates will be held outdoors and a limited number of guests will attend.

Retired Admiral James Stavridis will receive an honorary doctor of humane letters degree and will give a commencement address during the ceremony. 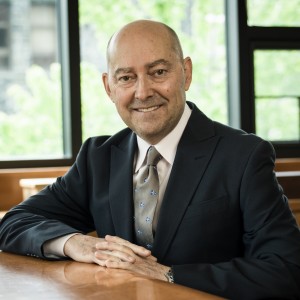 Adm. Stavridis is currently an operating executive of global investment firm The Carlyle Group, and chair of the Board of Counselors of McLarty Associates, an international consulting firm. Previously he served for five years as the dean of the Fletcher School of Law and Diplomacy at Tufts University. He is a graduate of the United States Naval Academy, and earned a master’s degree and Ph.D. from Tufts University. Adm. Stavridis is a member of the Council on Foreign Relations and the American Academy of Arts and Sciences.

He has published 10 books and hundreds of articles, and since leaving active duty has been a frequent guest on major broadcast and cable television networks to comment on national security and foreign policy matters. Adm. Stavridis is a monthly columnist for TIME Magazine and chief international security analyst for NBC News. As a public speaker, he has given addresses to groups such as the World Economic Forum in Davos, Switzerland, and the Munich Security Conference, and at universities including Harvard, Yale, Georgetown, and the U.S. Naval Academy. His two most recent books are Sailing True North: Ten Admirals and the Voyage of Character in 2019 and the 2021 New York Times bestselling novel 2034: A Novel of the Next World War.

A retired four-star U.S. naval officer, Adm. Stavridis led the NATO Alliance in global operations from 2009 to 2013 with responsibility for Afghanistan, Libya, the Balkans, Syria, counter piracy, and cybersecurity. He also served as commander of U.S. Southern Command from 2006 to 2009, with responsibility for all military operations in Latin America. He earned more than 50 medals in his 37-year military career, including 28 from foreign nations.

The University is delighted to welcome Adm. Stavridis to campus and to honor him for his service to the nation.