Director of Tennis John Shackelford has been appointed Sewanee’s next director of athletics, effective Nov. 15. He succeeds Mark Webb, who recently announced his retirement. Shackelford led the men’s tennis program for 33 seasons, creating both a winning tradition at Sewanee and enduring relationships with generations of alumni.

The University has announced that John Shackelford has been appointed Sewanee’s next director of athletics, effective Nov. 15. He succeeds Mark Webb, who recently announced his retirement after 26 years in that role.

Entering his 36th season with the University, Shackelford has been serving as Sewanee’s director of tennis for the last three-plus years after leading the men’s tennis program for 33 seasons. During his tenure as coach, the men’s tennis team won 551 career matches and 12 conference titles, and made 16 appearances in the NCAA Tournament. He has served two terms on and as chair of the NCAA Men’s and Women’s Tennis Committees, and worked with the Intercollegiate Tennis Association as both the national ranking chair and national awards chair.

Away from the courts, Shackelford served from 2011 to 2016 as special assistant to former Vice-Chancellor John McCardell, leading the ReThink Task Force and chairing the Cornerstone Initiative with the charge of studying student life outside the classroom. Additionally, in 1987 he launched the Tiger Tennis Camp with 18 students. The camp has flourished since, serving both adults and juniors and now hosting more than 600 campers on the Domain every summer. 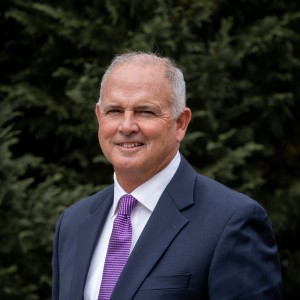 “During my years here on the Mountain, I have developed a deep affection and admiration for the student-athletes who represent Sewanee in competition and as campus leaders. Our university offers a remarkable environment in which to compete and to learn,” said Shackelford. “This generation of student-athletes is eager to learn, to grow, and to give back to our community. Sewanee athletics presents an opportunity for so many young people eager to discover themselves through intense competition and a rigorous academic experience. I am thankful for this opportunity to tackle whatever new challenges lie ahead.”

“John has built an outstanding tennis program and winning tradition at Sewanee and along the way has created enduring relationships with generations of alumni, in addition to serving the University and our students in numerous other ways,” said University Provost Nancy Berner. “His leadership has resulted in expanded facilities for tennis players and fans and increased opportunities for Sewanee—for example, in the partnership with the City of Chattanooga to host the NCAA Men’s and Women’s Tennis Championships in both 2017 and 2021. I am grateful for his demonstrated dedication to our students and look forward to continued success for Sewanee athletics.”

John Shackelford’s wife, Conchie, is the head coach of the Sewanee women’s tennis team, and together the duo has combined to win more than 1,100 matches, earned 26 conference championships and 43 invitations to the NCAA Tournament, and they have had players named as All-Americans more than 60 times. During the Shackelfords’ tenure, the Bruton-Guerry Tennis Center has grown from a seven-court facility to include 12 outdoor courts, the John Guerry Tennis Pavilion, and three tennis stadiums including Willet Stadium, Conchie’s Corner, and the Jim Scott spectator seating area.