Historian Margaret Marsh will present the 20th annual Anita S. Goodstein Lecture in Women’s History at 7 p.m. Thursday, Nov. 7, in Convocation Hall. Her lecture, “Beyond Infertility: Women and Reproductive Technology from Test-Tube Babies to Uterus Transplants,” will focus on the impact of these technologies on women.

Marsh is a historian of women whose research is focused on the history of infertility, reproductive medicine, and reproductive sexuality. 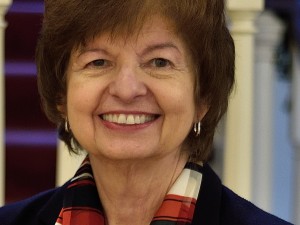 In collaboration with her sister, Wanda Ronner, MD, she is the author of three books in this area, most recently The Pursuit of Parenthood: Reproductive Technology from Test-Tube Babies to Uterus Transplants. Research for The Pursuit of Parenthood was funded by the Robert Wood Johnson Foundation through an Investigator Award in Health Policy Research to the two authors.

Her other two books with Dr. Ronner are The Empty Cradle: Infertility in America from Colonial Times to the Present, and The Fertility Doctor: John Rock and the Reproductive Revolution, both of which were supported by multi-year research grants from the National Endowment for the Humanities. In addition to her work with her sister, Marsh is the author of two earlier books in women’s and gender history, Anarchist Women and Suburban Lives.

At Rutgers, she holds the title of University Professor of History and divides her time between the Institute for Health, Health Care Policy, and Aging Research on the New Brunswick campus, and Camden, where she teaches in the Honors College and the Graduate School. Between 1998 and 2011 she served in leadership positions at Rutgers, as dean and later executive dean of the faculty of Arts and Sciences at Rutgers University-Camden and as interim chancellor of the Camden campus.

Before coming to Rutgers, Marsh held professorships at Temple University and Stockton University. At Temple, she developed the Ph.D. program in women’s history and chaired the history department; at Stockton, she taught American history and served as dean of Arts and Humanities. She has been a History Fellow at the American College of Obstetrics and Gynecology and a Fellow of the National Endowment for the Humanities.

The Anita S. Goodstein Lectureship in Women’s History was created in 1998 in recognition of Goodstein’s significant contributions as a professor, colleague, and friend. Goodstein and her family were members of the Sewanee community for more than 40 years. Over the last two decades, the nation’s leading historians of American women have delivered this annual lectureship, including Alice Kessler-Harris, Jacqueline Hall, Suzanne Lebsock, Laura Wexler, Susan Faludi, Mia Bay, Catherine Clinton, Leslie Reagan, Susan Ware, and many more. 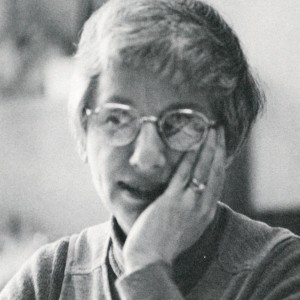 Goodstein arrived in Sewanee in 1955, began teaching as a history professor in the mid-1960s, and continued until her retirement in 1992. By the time women were admitted to the college in 1969, Goodstein was known as a teacher who promoted academic excellence, encouraged intellectual freedom, and inspired personal achievement. Throughout the 1970s, when there were few women faculty and students, Goodstein’s presence on campus was instrumental in claiming a place for women and creating a more inclusive academic community.

Over the years, Goodstein’s leadership fostered positive changes both in the History Department and in the Sewanee community. She introduced and developed new courses, including "Indians and Blacks in America" and, in 1992, "Women in American History." As an advocate for civil rights, she led by example and was instrumental in the struggle to end segregation in Franklin County public schools and commercial establishments.

In addition to her roles as teacher and community activist, Goodstein pursued her love for independent research and scholarship throughout her career. She published two prize-winning articles on the Nashville frontier, and is the author of Nashville 1980-1860: From Frontier to City, the recipient of the Tennessee History Book Award in 1989. She made substantial contributions in documenting women’s history in Tennessee.