This fall, the Roberson Project on Slavery, Race, and Reconciliation has hosted a reading group and two panel discussions on the topic of reparations, leading up to a campus visit by two of today’s foremost authorities in the movement to pay reparations to the descendants of enslaved persons in the U.S.

William A. Darity Jr. and A. Kirsten Mullen, authors of From Here to Equality: Reparations for Black Americans in the Twenty-first Century, will present their work and research to the Sewanee community on Thursday and Friday, Nov. 18 and 19.

They will speak in Guerry Auditorium at 7 p.m. Thursday, Nov. 18. Darity and Mullen also will lead a “town hall” at 2 p.m. Friday, Nov. 19, in Convocation Hall. Both events are open to the public and will be live-streamed.

From Here to Equality, which won the inaugural 2021 book prize from the Association of African American Life and History and the 2020 Ragan Old North State award for nonfiction from the North Carolina Literary and Historical Association, is the most thought-provoking recent case for granting reparations to American descendants of the enslaved.

Darity and Mullen argue that today’s Black-white wealth gap originated with the unfulfilled promise of 40 acres in 1865. The payment of this debt in the 21st century, they contend, is feasible—and at least 156 years overdue. 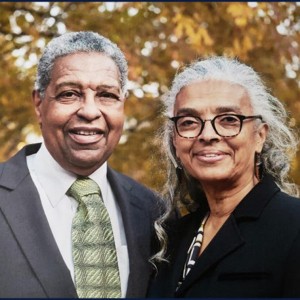 In their award-winning book, Darity and Mullen advance a general definition of reparations as a program of acknowledgment, redress, and closure. “Acknowledgment” constitutes the culpable party’s admission of responsibility for the atrocity; admission should include recognition of the damages inflicted upon the enslaved and their descendants and the advantages gained by the culpable party. “Redress” constitutes the acts of restitution; the steps taken to “heal the wound.” In this context, it means erasure of the Black-white wealth gap. “Closure” constitutes an agreement by both the victims and the perpetrators that the account is settled.

William A. Darity Jr. is the Samuel DuBois Cook Professor of Public Policy, African and African American Studies, and Economics and the director of the Samuel DuBois Cook Center on Social Equity at Duke University. He was the founding director of the Research Network on Racial and Ethnic Inequality at Duke. Darity’s research focuses in part on inequality by race, class and ethnicity, stratification economics, schooling and the racial achievement gap, North-South theories of trade and development, and the economics of reparations.

A. Kirsten Mullen is a folklorist and the founder of Artefactual, an arts consulting practice, and Carolina Circuit Writers, a literary consortium that brings expressive writers of color to the Carolinas. She was a member of the Freelon Adjaye Bond concept development team that was awarded the Smithsonian Institution’s commission to design the National Museum of African American History and Culture. Mullen was a consultant on the North Carolina Museum of History’s “North Carolina Legends” and “Civil Rights” exhibition projects.

The visit by Darity and Mullen is sponsored by the University of the South’s Roberson Project on Slavery, Race, and Reconciliation in partnership with other campus groups to encourage and support meaningful dialogue about the most important issues and questions surrounding the university’s commitment to creating a more diverse, equitable, and inclusive campus community. It culminates a series of events related to reparations that were the fruit of collaboration between the Roberson Project and campus offices and organizations including the Department of Economics, the campus chapter of the NAACP, the Ayres Multicultural Center, and the Program in Southern Studies. Support is also provided by the offices of the Vice Provost for Diversity, Equity, and Inclusion and the University Chaplain. Additional funding comes from the University Lectures Committee, the School of Theology Lectures Committee, and a Legacies of American Slavery grant to the Roberson Project from the Council of Independent Colleges.