A Fall Convocation on Friday, Sept. 16, celebrated the induction of new members into the Order of the Gown during Family Weekend.

The University of the South held a Fall Convocation on Friday, Sept. 16, to induct about 300 new members into the Order of the Gown during Family Weekend. Nationally recognized higher education advisor Claude Pressnell Jr. received an honorary degree and gave the convocation address.

Claude Pressnell Jr. has spent over 35 years in higher education administration. His career began in 1987 as an 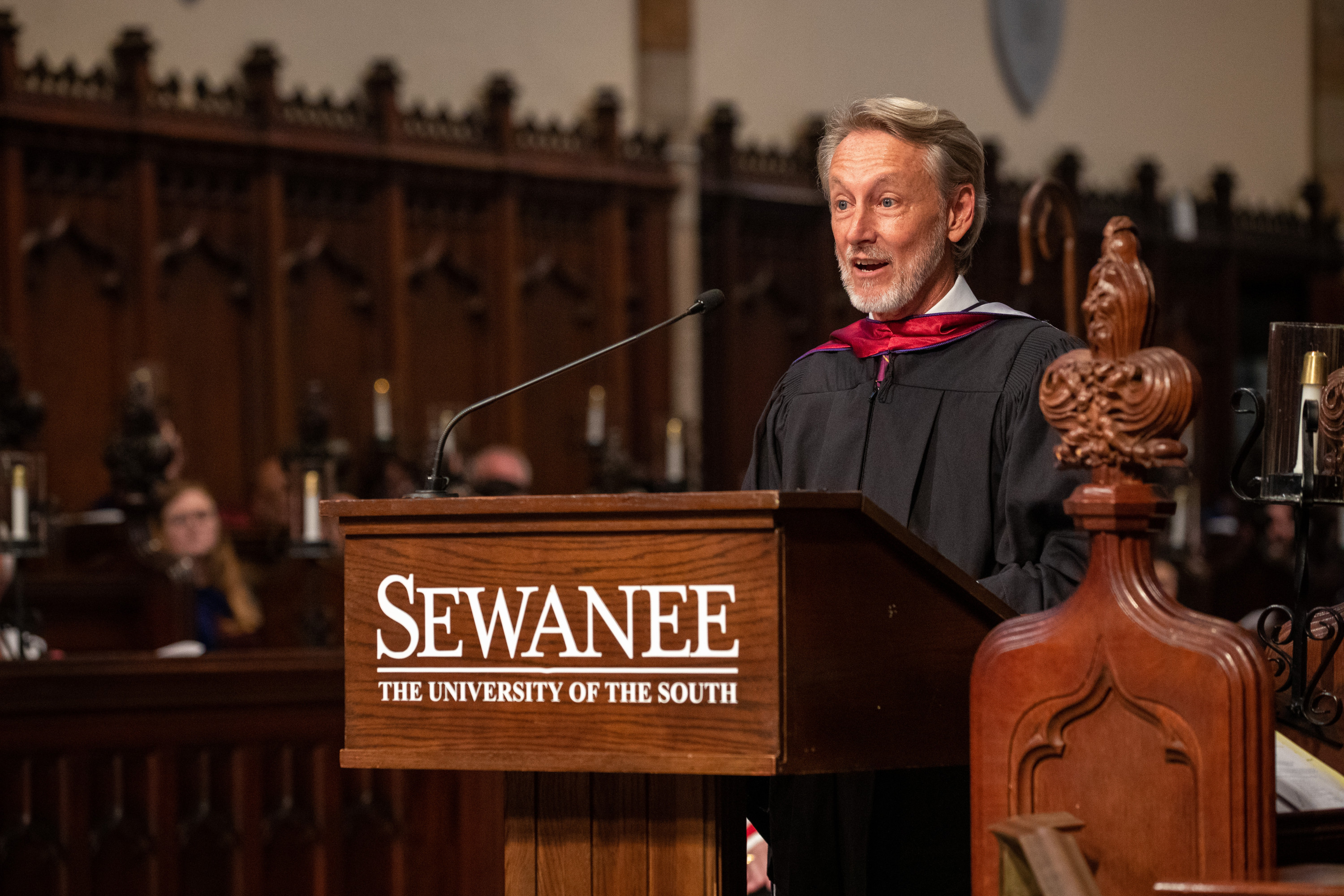 admission recruiter at Southwest Baptist University. He earned a doctorate in higher education administration from Vanderbilt University and, while a student there, served as the university’s director of financial assistance.

In his address, Pressnell observed that today, “the fragility of the American experiment seems quite pronounced. Fractures in our political system seem to be constantly shifting with minimal desire to stabilize the system through civil discourse.” He suggests that finding a path forward will require corrective engagement by all of us and that we must recognize that “politics and political systems are not the ultimate reality. We must not have misdirected passions and hopes. We need to place them back in their rightful place,” and remember that life’s purpose is found beyond political frameworks.

Pressnell, who holds a bachelor’s degree in religious studies, referenced three authors in his remarks, who all write about the need for genuine Christian engagement. “I don’t believe our problem is too much Christianity, rather it is too little,” he said. “It is not possible to confront the person of Jesus Christ and remain the same. He transforms us and renews our minds. All our being is to bend toward reconciliation and love.” 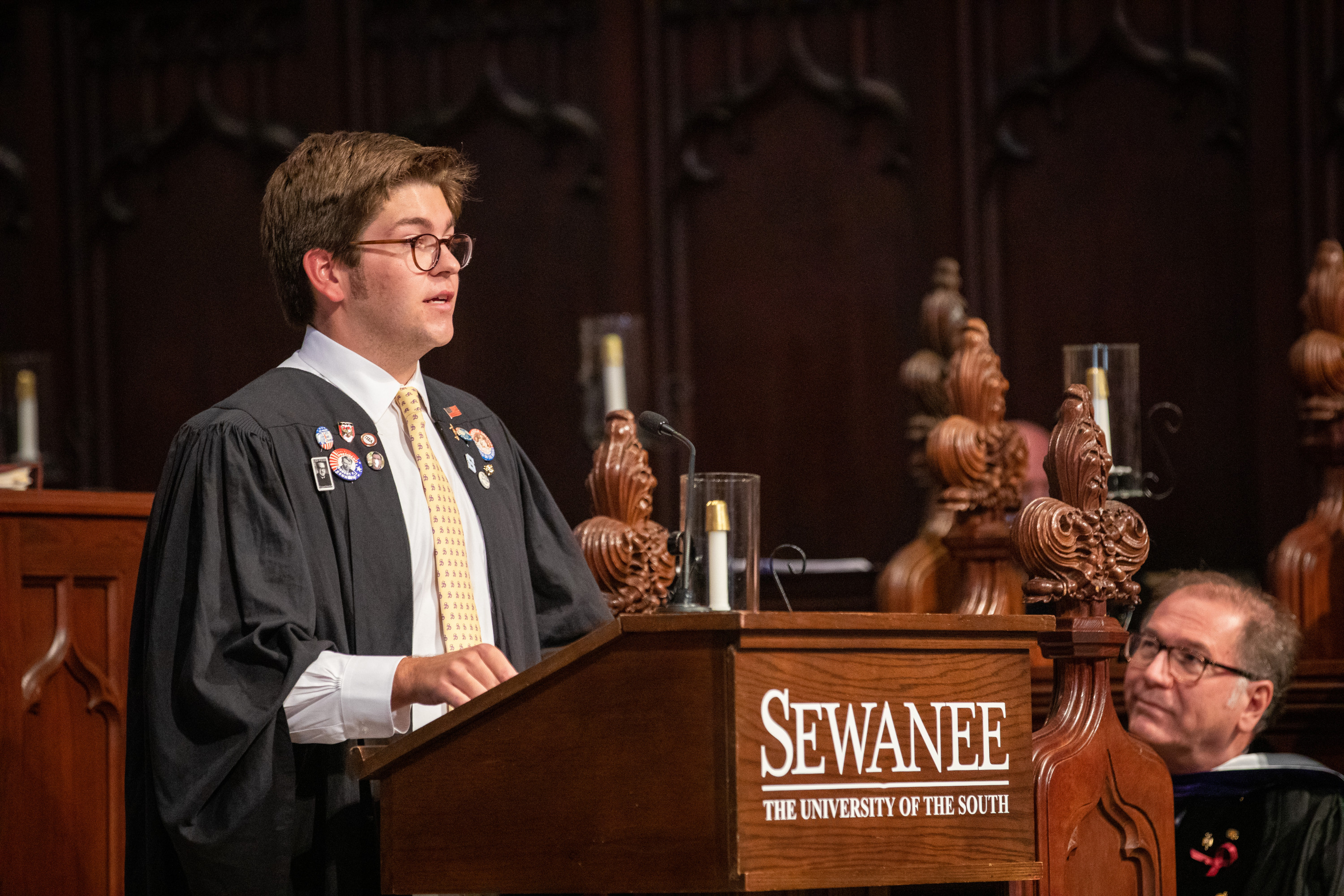 Following Pressnell's address, Alex Robinson, C'23, president of the Order of the Gown, made brief remarks reminding the new members of the Order of their responsibility and opportunity to help shape the Sewanee community as one of academic and personal honor. “The Order of the Gown, us in this room, we not only have the ability, but the duty to determine what ideals, traditions, and values we seek to maintain and promote as a community and an institution,” he said. Robinson then announced the names of the new members as each stood to be recognized before leaving the All Saints' Chapel for the gowning ceremony, which took place in the Quad. When 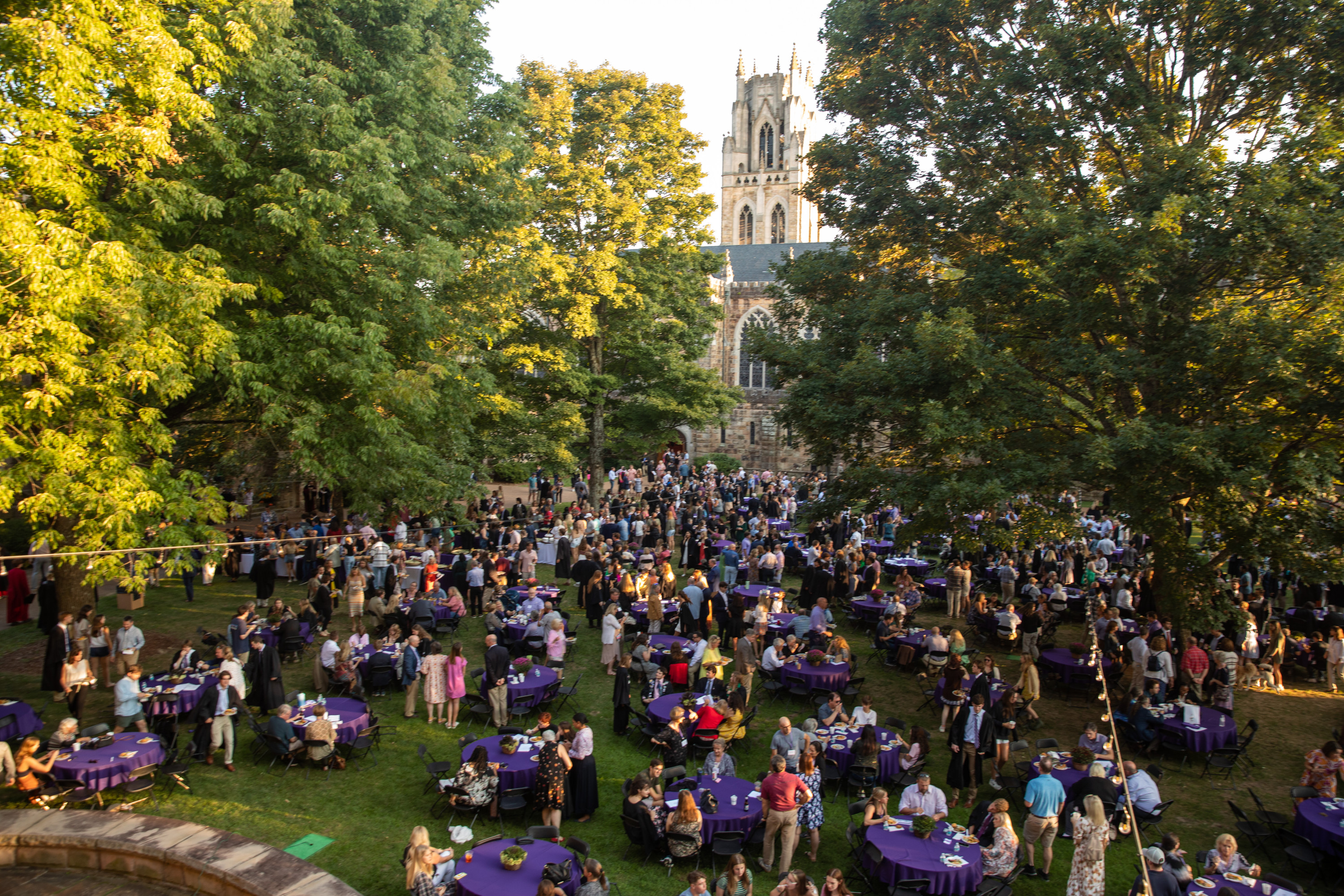 everyone had reconvened, the alma mater was sung and Acting Vice-Chancellor Nancy Berner formally admitted the new members to the Order of the Gown. Students and families enjoyed a picnic celebrating Family Weekend and the achievements of the students.