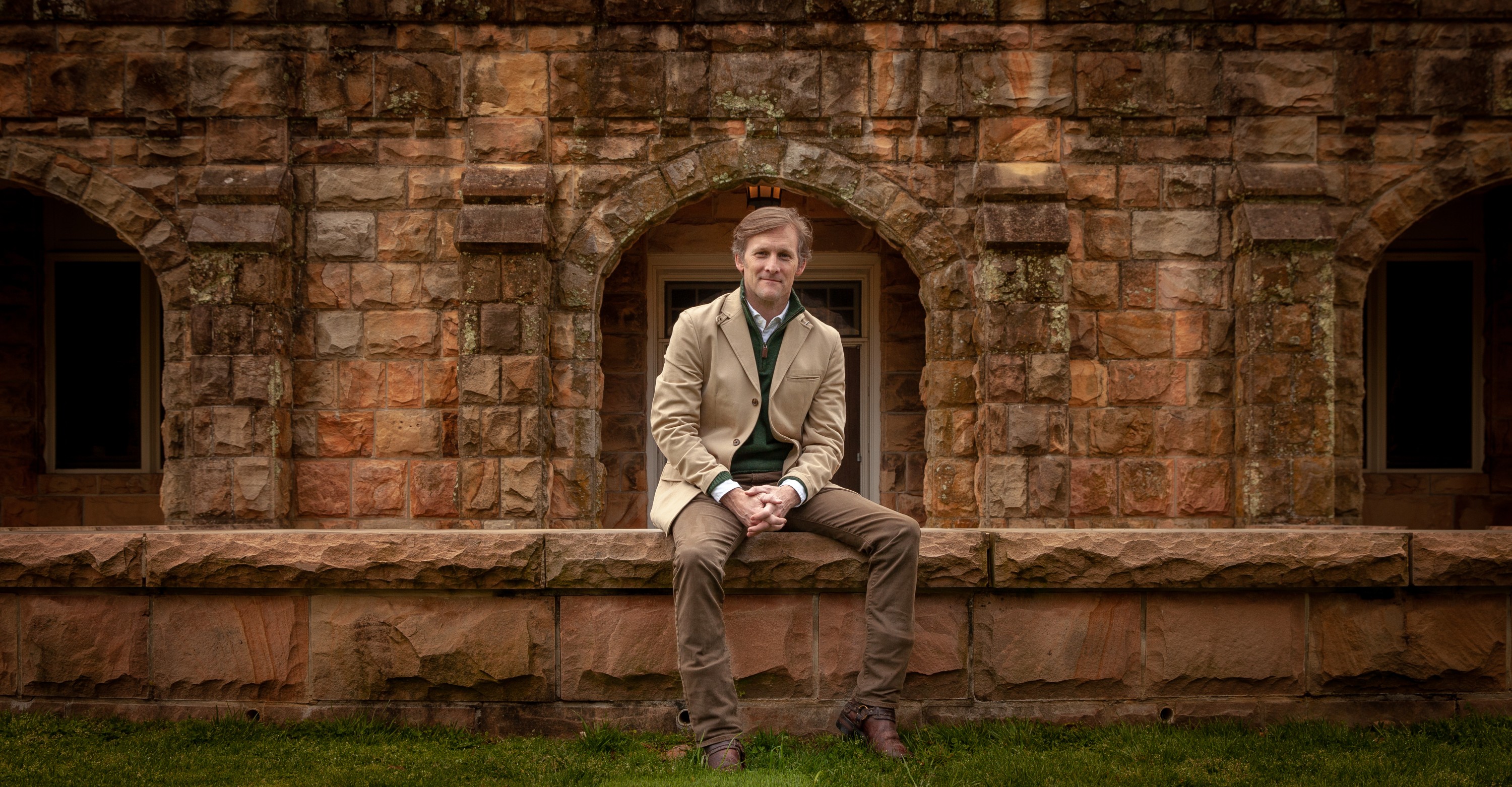 Song for an Unsung Hero

Julian Adams, C’94, dedicates 13 years of his life to telling the story of the courageous sacrifice of a Vietnam War pararescue medic in a major motion picture—starring Samuel L. Jackson and Ed Harris—to be released this summer.

Forty-two miles east of Saigon in the village of Cam My, a group of men from Charlie Company gathered together for an Easter Sunday service. It was April 10, 1966, and the Vietnam War was continuing to escalate. The company had been positioned there as part of Operation Abilene, a search-and-destroy mission launched the month before against nearby Viet Cong units. Charlie Company was the bait.

Masterminded by Maj. Gen. William E. DePuy, the plan was for Charlie Company to wade into the jungle to lure out the Viet Cong’s D-800 Battalion. The American troops would be kept far enough away from support troops to lead the VC to believe they were alone. Then, as soon as the Viet Cong attacked, support rifle companies would arrive. But that isn’t what happened, and by April 12, two days after Easter, 106 men of the 134-man unit would be wounded or dead.

One man, however, was responsible for saving the lives of at least nine men during the Battle of Xa Cam My. Now, the story of U.S. Air Force pararescue medic William H. Pitsenbarger is headed to the silver screen in a film produced by Sewanee graduate Julian Adams, C’94. After more than a decade in the making, The Last Full Measure, starring Ed Harris, Samuel L. Jackson, and William Hurt, will hit theaters this summer and, for Adams, will finally bring to light the heroic actions of one young man who sacrificed his life in order to save his fellow soldiers.

Born and raised in Columbia, South Carolina, Adams, who has now produced four feature films and a number of documentaries, music videos, and other projects, didn’t grow up dreaming about making movies. Julian Adams is the son of Weston Adams II, a diplomat and politician, and Elizabeth Nelson Adams, a poet and artist, and his family represents a diverse set of interests. As a child, he found himself swept up in the same movies his father loved—anything starring Paul Newman, Clint Eastwood, Steve McQueen.

The youngest of four brothers, Adams headed to Sewanee, following in the footsteps of two of his older brothers, Weston, C’87, and Wallace, C’93. But long before his brothers came to Sewanee, Adams’ great-great-grandfather attended the University in the early 1870s. Going to Sewanee, in many ways, was like going home.

At Sewanee, Adams earned an art degree, but film production, acting, a life in Hollywood—none of it was on his radar then. After graduating from Sewanee, he earned a master’s in architecture from Georgia Tech. Back home in South Carolina and practicing architecture, he started writing and making short films on the weekends with his friends. It was a hobby, but one that began to take up more and more of his time.

“I went on to some bigger films, was an extra in some movies, and I did whatever little [gigs] I could find when big movies came through, or shot little movies with friends,” Adams says.

Then around 2003, inspired by his family’s history, Adams starting working on what would become his first feature-length film, The Last Confederate: The Story of Robert Adams. The Civil War-era love story, based on the lives of his great-great-grandmother from Pennsylvania and great-great-grandfather from South Carolina, was his entrée into serious filmmaking.

It was also a family affair. Not only was the film based on his family, but Adams and his father both starred in the film (along with Mickey Rooney and Amy Redford, daughter of Robert Redford), his mother helped cast the film and appeared in it herself, and his brothers assisted with production. Produced by the Adamses, the film hit it big on the festival circuit, taking home at least 10 awards across multiple festivals. It was at one of those film festivals that Adams would first encounter the story of William H. Pitsenbarger.

As he ushered The Last Confederate around the country, Adams met Todd Robinson, a writer, director, and producer. It was 2006, and Robinson was working on a Vietnam-era film. He wanted Adams to act in it. Adams didn’t know it then, but that conversation would be the beginning of a 13-year effort to ensure that Pitsenbarger’s story, and the stories of his fellow veterans, would be told.

DePuy’s plan to have support rifle companies come to Charlie Company’s aid became an impossibility when the dense, oppressive jungle slowed them down. Surrounded by Viet Cong, Charlie Company was being taken out one by one.

Pitsenbarger was just 21 when he volunteered to go on his final Air Force mission. Leading up to the Battle of Xa Cam My, the only child from Piqua, Ohio, had successfully completed nearly 300 missions during the Vietnam War. As the Viet Cong continued their attack on Charlie Company, the 38th Aerospace Rescue and Recovery Squad was called in to help evacuate the wounded. Pitsenbarger, on board a Huskie helicopter flown by Capt. Harold D. Salem, was lowered through the jungle canopy and directly into the middle of the firefight.

With Charlie Company heavily outnumbered, the unit was in trouble. As was standard procedure, pararescuemen were to get in, provide aid, and get out. The 38th’s helicopter had sustained significant damage and needed to withdraw. As Sgt. Gerald Hammond, who was operating the litter responsible for getting Pitsenbarger back into the helicopter, motioned to him that they had to leave, Pitsenbarger waved the chopper off. It was a death sentence.

After Pitsenbarger waved away his last hope for an escape, he returned to helping the men of Charlie Company—men he’d never met, complete strangers to him. Because of the intensity of the fighting, no helicopters could return to collect Pitsenbarger or anyone else.

Survivors report that Pitsenbarger used vines and branches to make splints and saplings for stretchers. When men ran out of ammunition, he collected weapons and additional ammunition from the dead to redistribute to those still fighting. Once he had treated everyone he could, he assisted Charlie Company in the fighting.

Around 7:30 on the evening of April 11, Pitsenbarger was killed by enemy fire. He was shot five times. By the end of the battle the next day, 36 in Charlie Company were dead. At least nine lives, however, had been spared because Pitsenbarger decided to stay behind, fulfilling the motto of the U.S. Air Force Pararescue: “These Things We Do, That Others May Live.”

“This is a story of absolute altruism,” says Adams. “[Pitsenbarger] voluntarily stayed there and gave his life for these men he did not know.”

That altruism, coupled with the perseverance of the veterans who would not stop until Pitsenbarger was awarded the Medal of Honor, captured not only Adams’ attention but also his admiration.

After Robinson approached Adams about acting in The Last Full Measure, Adams wanted to do more. He became a producer on the film, dedicating 13 years of his life to learning about Pitsenbarger and building relationships with the surviving veterans who knew him or are alive because of him. The work became more than just making a movie.

“I committed myself to these veterans to get their story told. They deserve it because not only did they live this experience but because they were also committed to getting Pitsenbarger’s story told,” says Adams. “So, it was their commitment to him and our commitment to them that really was what this was about.”

When The Last Full Measure finally hits the big screen this summer, it will mark the end of a long journey for everyone involved. And for Adams, he says, “I’ll count this movie as a positive thing we’ve done.”