The Convocation and Conferring of Degrees for the College of Arts & Sciences and School of Letters was postponed due to the COVID-19 pandemic. Until the University is able to hold a full commencement ceremony, addresses were given, awards were announced, and degrees were conferred by video.

Commencement weekend festivities and the ceremony itself were postponed due to the COVID-19 pandemic. Until the University is able to hold a full commencement ceremony, videos were released to offer congratulations, celebrate the accomplishments of the Class of 2020, and confer degrees on the graduates.

Vice-Chancellor John McCardell opened the video ceremony with the announcement that plans are underway for a full commencement service for this class and a complete slate of related activities to be held the week of May 12-16, 2021. Mark your calendars! 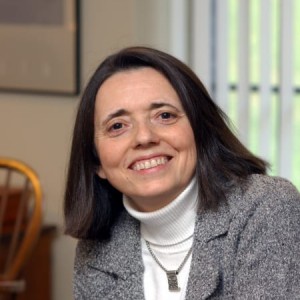 Linda Mayes, C'73, H’94, gave the Baccalaureate Address, concluding this academic year's celebration of 50 Years of Women at Sewanee. Mayes is the Arnold Gesell Professor of Child Psychiatry, Pediatrics, and Psychology and the director of the Yale Child Study Center. She is also the deputy dean of the Yale School of Medicine. A native of Franklin County, Tennessee, Mayes studied pediatrics at Vanderbilt University School of Medicine. She was in Sewanee's first class of women and was the University's first female valedictorian. She currently serves Sewanee as a distinguished visiting professor of psychology. See the text of her address.

The announcement of almost 40 University awards and prizes is an anticipated part of the Commencement ceremony. Students are recognized for their accomplishments and leadership in the classroom, on the athletic fields, and in the community, as well as for their induction into honor societies such as Phi Beta Kappa. Provost Nancy Berner announced the valedictorian and salutatorian for the Class of 2020, and the recipients of the Algernon Sydney Sullivan Medallion for character, leadership, and service to the University and the Sewanee community—the University’s highest undergraduate award. 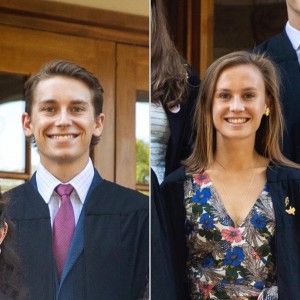 Taylor Lee Hall, a biochemistry major from Cookeville, Tennessee, is the C’20 valedictorian. He also served as the “student chief,” the ranking student on the Sewanee Volunteer Fire Department. Caroline Hermena “Mena” Kerrison, a chemistry major from Charleston, South Carolina, is the salutatorian. Their addresses will be part of the commencement ceremony planned for next spring.

The winners of this year’s Algernon Sydney Sullivan Award, the top award for graduating seniors that recognizes excellence of character and service to humanity, are Jackson Campbell, a double major in economics and environment & sustainability from Chattanooga, Tennessee; and Mary Ellen “Nellie” Fagan, a double major in religious studies and women’s & gender studies from Sudbury, Massachusetts. 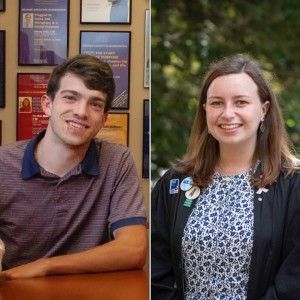 During his time at Sewanee, Jackson Campbell worked with Green’s View Capital, the Socially Conscious Investment Club, Sewanee Water Campaign, and Dialogue Across Difference. He was a Sewanee Outing Program trip leader, a FYP mentor, and a PRE leader. Campbell spent an internship with the Taraloka Foundation in Sikkim, India.

Nellie Fagan served as president of the Order of the Gown and chair of the Student Title IX Committee. She worked with the Women’s Center, Perpetual Motion, and the Let’s Talk Campaign (focus on mental health), and served as a campus tour guide, sacristan, and Dialogue Across Difference facilitator. Fagan also volunteered with Blue Monarch.

See the full list of awards and honors for the Class of 2020.

Vice-Chancellor John McCardell conferred degrees on the approximately 400 new graduates of the College and 13 recipients of master’s degrees from the School of Letters.

He addressed them directly before reading the University's charge to the "chosen and now honored youths.” Speaking on the theme of “Nunc Age” (which translated from the Latin means “Now go”—a most appropriate valedictory for a senior class), McCardell considered famous last words from history, as well as a few of his own. Among them: “’Nunc Age,’ Now go—and though you may now believe yourselves to be educated, may you never take yourselves too seriously. And may you always retain a sense of humor which is, after all, nothing more than a sense of perspective.” Read the text of his remarks.

Watch the brief conferral ceremony; at the end, members of the faculty offer their congratulations to the Class of 2020.

As is usual on Commencement Weekend, new members were elected (though this year not yet initiated) into Phi Beta Kappa from the Class of 2020. Congratulations to the 27 new members of the class, who joined others elected earlier in the academic year: