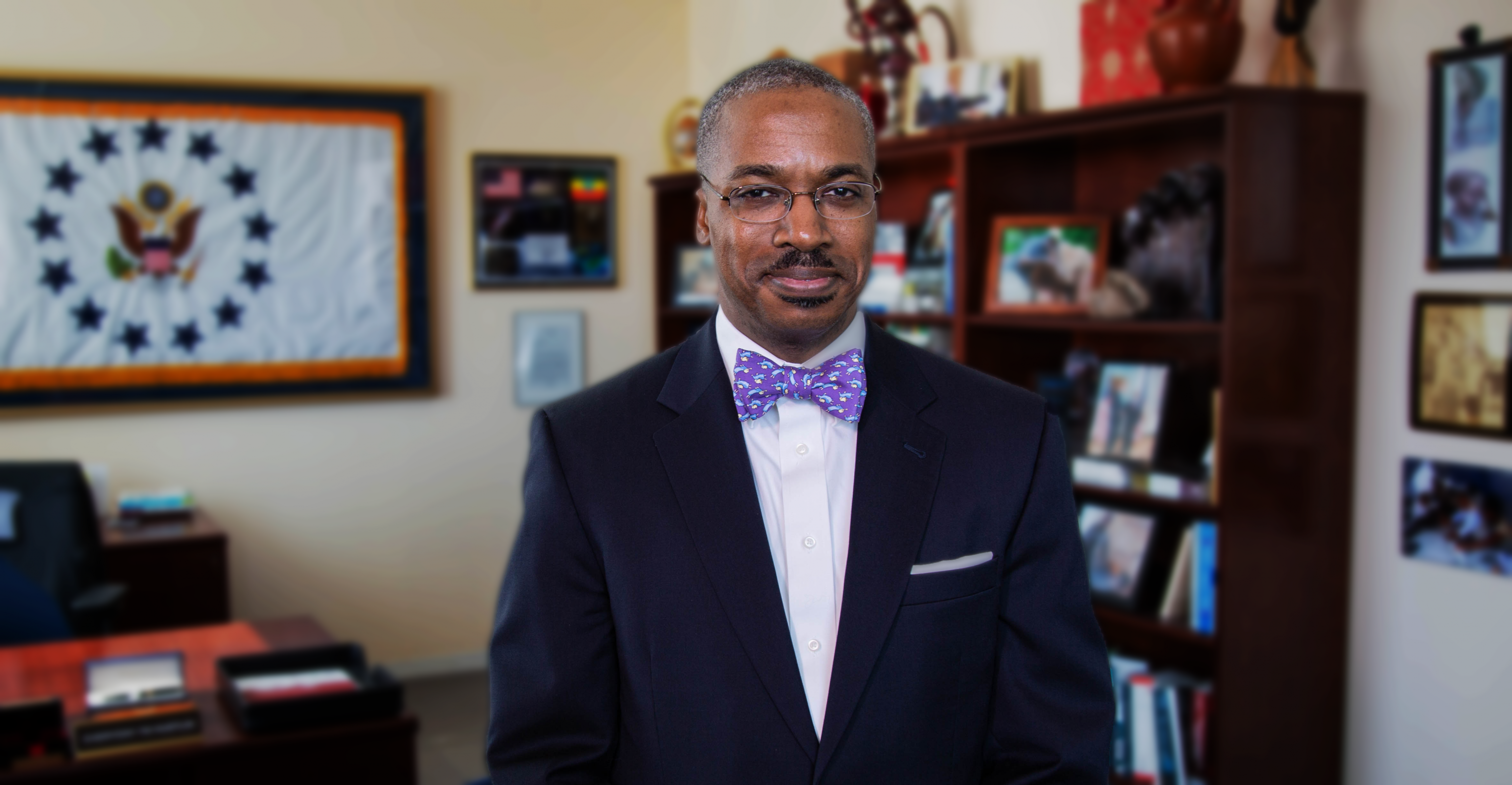 Brigety described himself as both thrilled and deeply humbled by the opportunity to lead Sewanee. As dean at GWU, Brigety has led a school of international affairs that is consistently ranked among the nation’s 10 best, and is one of the largest by enrollment. Under Brigety’s leadership, the Elliott School has created research institutes for every region of the world, launched an incubator for applied ethics education and leadership training, and increased support for student research travel and internships. He will begin his duties as Sewanee’s vice-chancellor on Aug. 1. [Note: Because of the disruption to the academic and summer calendars caused by the COVID-19 pandemic, the date for the scheduled leadership transition has changed; Vice-Chancellor-Elect Brigety will assume office June 17.]

“It is my honor and privilege to serve as the next vice-chancellor and president of the University of the South, an institution that holds a truly distinctive place in American higher education,” said Brigety. “During the search process, I got a glimpse of what makes Sewanee so special—an intellectual rigor coupled with an unparalleled sense of community, and a strong sense of place that is inclusive of everybody who finds their way here. I was also encouraged to learn more about the University’s deep ties and ongoing commitment to the Episcopal Church, which help frame everything that is at the core of the institution. I look forward to all the conversations to come about how, collectively, we can help move Sewanee forward as an elite, national liberal arts institution that is both rooted in a very special place and welcoming to everyone who shares the University’s values. I am honored to join this exceptional community and look forward to the work ahead.”

Prior to becoming dean in 2015, Brigety served as U.S. ambassador to the African Union for two years. In that role, he managed the strategic partnership between the United States and the African Union with an emphasis on democracy and governance, economic growth, and development. He also served as the permanent representative of the United States to the UN Economic Commission for Africa; and, earlier, as deputy assistant secretary of state in the Bureau of African Affairs, with responsibility for Southern African and regional security affairs.

“Reuben Brigety has spent his life in public service, as a naval officer, as a deputy assistant secretary of state, as an ambassador, and as an educator. Born as a child of the South, Reuben is now a man of the world,” said Skirving. “Reuben will bring to Sewanee a rich global perspective and a strong record as a servant leader. I look forward to welcoming Reuben, his wife, Dr. Leelie Selassie, and their two sons to the Sewanee community."

Prior to his work in the policy arena, Brigety was an assistant professor of government and politics at George Mason University and before that taught international relations at the School of International Service at American University. Before entering academia, he conducted research missions in Afghanistan and Iraq with the Arms Division of Human Rights Watch.

A native of Jacksonville, Florida, Brigety is a 1995 distinguished midshipman graduate of the U.S. Naval Academy and holds a master’s degree in philosophy and a Ph.D. in international relations from the University of Cambridge.

Brigety’s election follows a national search that began in September 2019. Brigety succeeds John M. McCardell Jr., who will step down July 31, 2020, after serving 10 years as vice-chancellor.

“This is a great day. In Ambassador Brigety we have been fortunate to find a bold and thoughtful leader who will bring to Sewanee the gifts of insight and of compassion that propelled him to the global stage. He’s a native Southerner with a remarkable journey that’s taken him from the U.S. Naval Academy to Cambridge, from Africa to Washington. Along the way Reuben has mastered the arts of diplomacy, of service, and of critical thinking. Devoted to the humane values of the Sewanee liberal-arts ethos, his life’s work is about the value of every soul and the essential role of reason in human affairs. We couldn’t have done better.”

“Vice-Chancellor-elect Brigety is a transformational leader who is well-positioned to help us build a distinctive, inclusive vision of our university that will appeal to a new cohort of globally minded students. Proposing to ‘bring Sewanee to the world and the world to Sewanee,’ he will help us raise our institution's national and international profile as a model of excellence and advocacy in the liberal arts.”

"I am thrilled that we as a search committee have chosen Reuben Brigety to be the 17th vice-chancellor of the University. He will engage with the entire Sewanee community to craft a vision that will move Sewanee toward becoming the University of the 21st-century South, and will guide us forward as a community for all."

“Reuben Brigety's service to this nation has taken him to Iraq, Afghanistan, Haiti, the Middle East, and across Africa. Along the way, Reuben has become fluent in multiple languages. He will bring to Sewanee a rich global perspective and a strong record as a servant leader, traits that are surely critical to this University’s capacity to provide an excellent liberal arts education. Reuben is also a person of deep faith, eager to support the work of the School of Theology. I am very excited that Reuben has accepted this new call to service."

“Ambassador Brigety brings great experience and leadership to our Domain. His deep understanding of the South will greatly benefit the University of the South. We are indeed fortunate to have him as our 17th vice-chancellor.”

Chair, Vice-Chancellor Search Committee
The University of the South