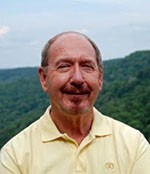 G. Norman West has taught at Sewanee since 2011. He earned a B.S. in Social Work from UT Chattanooga and subsequently received a M.Ed. in Educational Psychology. He earned his Ph.D. from Ball State University. He completed an internship at the V. A. Medical Center in Tuskegee, Alabama. He subsequently completed 32 postdoctoral semester hours in psychopharmacology at Fairleigh Dickinson University. He is a veteran of the United States Navy.

Professor West has 30 years experience in private practice and as a forensic and medical consultant. Prior to coming to Sewanee, he taught on a part-time basis at Ball State University and at UT Chattanooga.

When not teaching or in clinical practice, Professor West will frequently be found in the Fowler Center pumping iron, or appearing around the southeast as singer/songwriter “doctornorm,” playing selections from his recently released album, “The Message is the Music.”