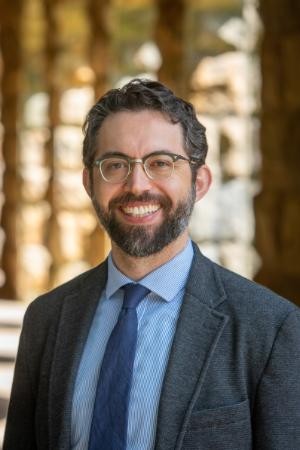 Jason Carl Rosenberg (b.1979; Ph.D. in Music from UC San Diego) is an acclaimed composer, conductor, and music cognition researcher.  Having worked in Switzerland and Singapore for several years, Dr. Rosenberg is active in several contemporary music scenes in the U.S. and abroad, and seeks to link these communities through collaborative projects and innovative programming.  His concert music uses contrapuntal inventiveness and rhythmic vitality to create rich environments of “power and persuasion…and violence” (Herald Tribune).  His music also features an interaction with historical models, especially from the Renaissance and Baroque, through an idiosyncratic artistic practice based on evocation and transformation.  Rosenberg has been a selected composer at several festivals, including the Royaumont Abbey and the Acanthes Festival, and has received the Salvatore Martirano Award and the Foro de Música Nueva Composition Prize.  Dr. Rosenberg is currently an Assistant Professor and Director of Music Theory & Composition at Sewanee: The University of the South.

Composition, conductor, and music cognition researcher
The University of the South