The University’s Board of Trustees elected the Rev. Peter Whittlesey Gray as the next chaplain of the University.

The Rev. Peter Whittlesey Gray, rector of the Church of the Nativity in Greenwood, Mississippi, has been elected the next chaplain of the University of the South. The University’s Board of Trustees elected Gray during their meeting on Feb. 28. The election follows a thorough national search that began last summer.

Gray will succeed the Rev. Thomas E. Macfie Jr., who will complete his work as chaplain at the end of the academic year in June. Macfie was appointed chaplain in 2006. 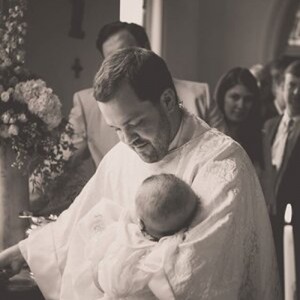 "I am honored to accept Sewanee's call to serve as chaplain. In this role, I hope to help this beloved school exemplify the virtues of the Episcopal Church at its best, namely: generosity and welcome, justice and mercy, and a fearless and humble commitment to the pursuit of the truth,” said Gray.

“Together with the outstanding staff of All Saints' Chapel and with every partner we can find in the Sewanee community, I look forward to prayerfully nurturing diverse opportunities in which students, faculty, and staff can grow spiritually. And I look forward to—each of us—challenging ourselves to find how we can help Sewanee live up to its loftiest ideals."

A native of Oxford, Mississippi, Gray has been in his current role at Nativity in Greenwood since 2013. He founded and serves as co-chair of an ecumenical ministry that builds unity in the Body of Christ across racial and denominational lines.

“Peter Gray will be an excellent chaplain: a wise and faithful priest, a strong spiritual mentor and model, an articulate and compelling preacher, and a caring and welcoming presence for all the members of the University community, but most especially our students,” said Vice-Chancellor John McCardell. “Peter's personal connections to the mountain are deep, having spent summers at the home of his grandparents Duncan and Ruth Gray.” Bishop Duncan Gray, a School of Theology alumnus, served as Sewanee chancellor.

Professor of Geology Bran Potter and current Regent the Rev. Patty Rhyne, T’06, co-chaired a search advisory committee charged with the task of identifying strong candidates for the chaplaincy. The Ordinances of the University state that upon the nomination of the vice-chancellor, the Trustees elect the chaplain.

“I am grateful to all the members of the advisory committee for their dedication, commitment, and counsel throughout this exhaustive search process,” said McCardell.